My POC Experience at RIT: Cultural Clubs that Made My First Year 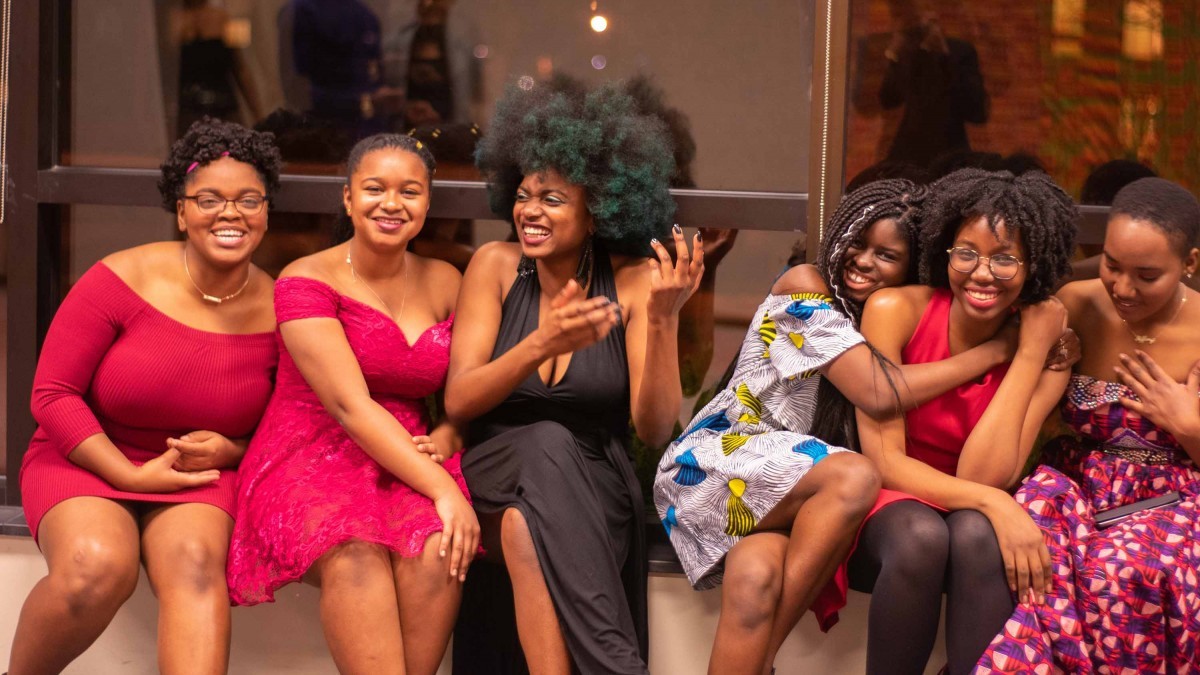 RIT has over 300 active student-operated clubs on campus, and they are a great way to get involved with the RIT (and surrounding Rochester) community, meet new people, and have fun. As a freshman, I was so desperate for those things! There are a few professional clubs that I joined and found super helpful and insightful like the Next Generations of Accountants club, Women in Business, and the Marketing Advertising and Public Relations Club (MADPR). But nothing could compare to connections, life lessons, mentors, and a sense of community that I got from the cultural clubs in the ALANA community on campus.

ALANA stands for African, Latin, Asian, and Native American. The ALANA Collegiate Association (ACA) is an umbrella organization that represents all students of color on campus, and there are many many more organizations “under” ACA at RIT that represent specific religious, cultural, and ethnic groups. Although these clubs don’t answer directly to ACA, most of them do sign community guideline contracts to be part of the ACA community. These clubs put on weekly events and meetings that are discussion-based, informational, and fun.

This community means the absolute world to me. As a black person who grew up in a town that’s 97% white, I feel like I finally found belonging in the ALANA community at RIT. Growing up, there weren’t other black people that I could talk to about experiences outside of white suburbia, so everything I knew about the POC (Person of Color) experience in the United States was force-fed to me by white people. After getting involved in the ALANA community, I was able to broaden my knowledge and understanding of race and identity through discussion and meeting other POC’s. There are no words to describe the amount of growth, introspection, and integrity I’ve gained just from being a part of the community. I’ve been able to meet leaders and mentors that look like me and have had similar experiences as I do, which is something I’ve never had before.

Of the many clubs under ALANA at RIT, here are the three that made my freshman year and are closest to my heart:

The Organization of African Students (OAS) 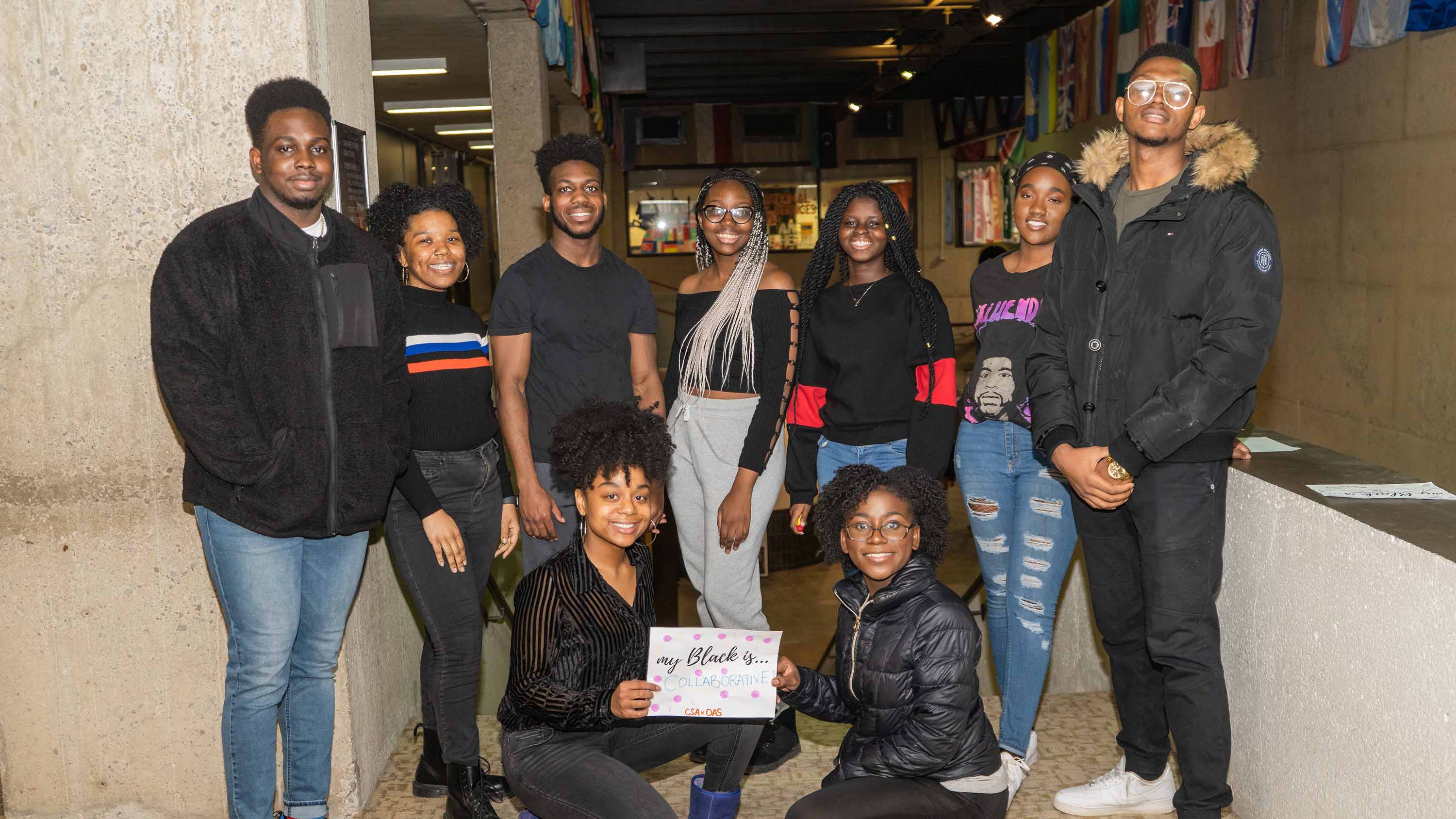 Early on in my freshman year, my sister’s roommate dragged me out of my dorm room to go to a club called OAS. Although neither of us are African, she assured me that they welcome people of all ethnicities and nationalities and that their meetings were super fun. I agreed, and at 6 pm on a Friday, we went to the MOSAIC room, an inclusive community space in the Student Alumni Union (SAU) for the meeting. Boy, I’m glad that I did. To my surprise, as I walked in, I was warmly welcomed by people I had never met before. One of the executive board members, Tosin, even asked me how my sister was. Although I had never met him before, he explained that he was a resident advisor (RA) and that he’d seen me and my sister in the tunnels sometimes. If you’ll be on campus soon, I hope you get the pleasure of meeting him.

OAS is best known for its personable members and its enjoyable meetings and events. Every week at the start of each meeting, they did a segment called “This Week in Africa” where they talked about three or four important current events that happened that week across Africa, which I found educational and insightful, as some events would spark conversation amongst members. My favorite meetings to date include a mock trial murder mystery game and another one where members shared stories of African folklore and funny personal experiences with the paranormal. They also put on wonderful events such as Sports Day and their annual Afrocentric Gala.

OAS meant so much to me that I campaigned to be on their executive board and won! I’m currently the secretary of the club for the 2020-2021 academic year.

As someone who is of Caribbean descent, this is one of the first clubs I sought out at the club fair my first year. Although I can’t exactly remember the first CSA meeting I went to, I do remember how friendly the executive board was. They were a hilariously exciting bunch to be around and one member, Shaun, put me on to some great Jamaican restaurants in the area. Being able to talk about our shared experiences was the best thing ever! I remember one meeting that was solely focused on growing up in Caribbean households in which we laughed over childhood memories of strict parents, good food, and cheeky mischief. Some of my favorite events and meetings were a discussion about beauty standards in the Caribbean (namely skin bleaching), Caribbean taboo, and a Sports Day.

Similar to OAS, this club meant so much to me. I made most of my friends through CSA! This academic year, I’m serving as the club’s Treasurer. 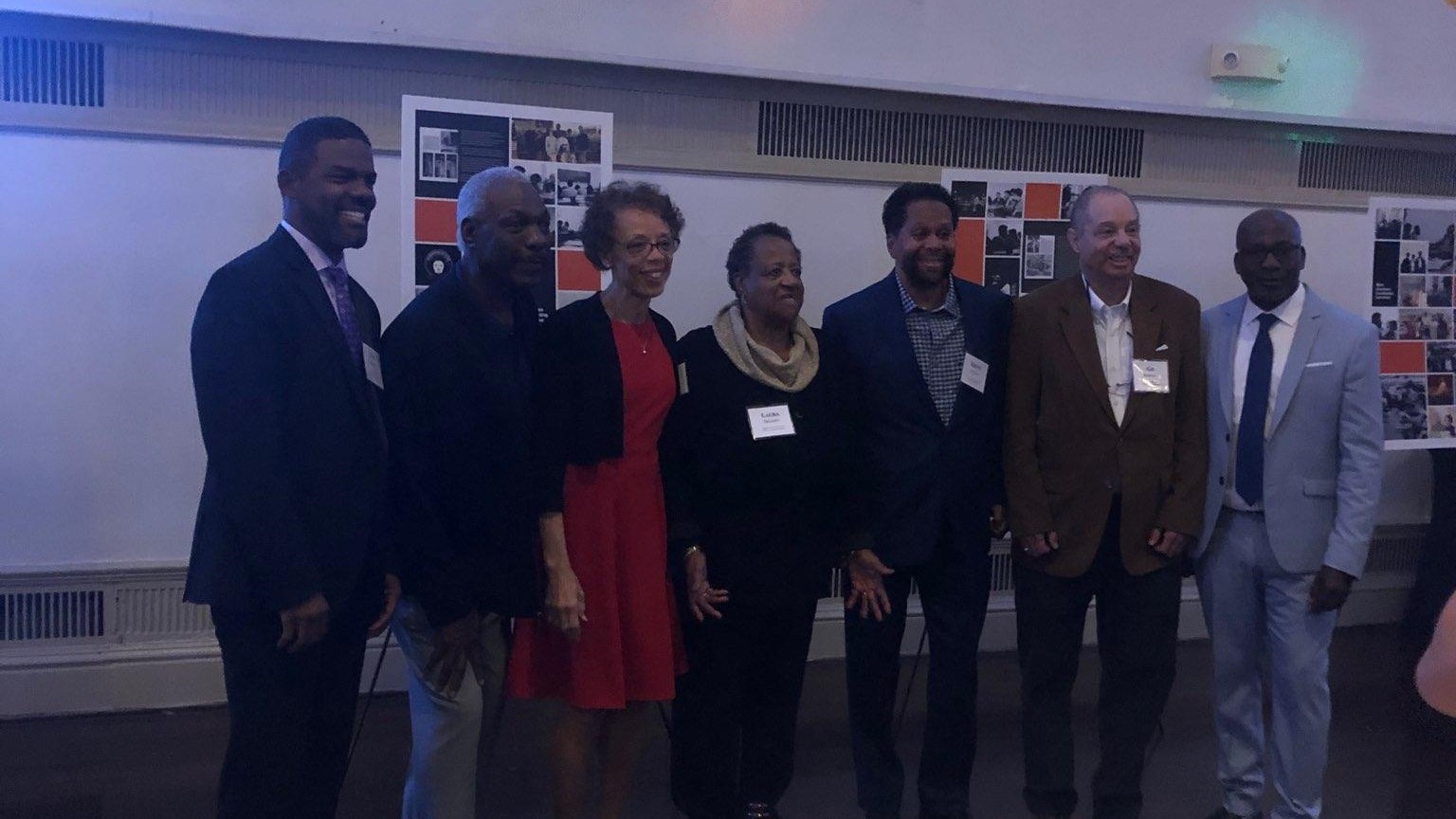 BACC is a very special club on campus. It’s 51 years old as of 2021! It was founded during the Civil Rights movement by a group of students who recognized the need for black people on campus to come together. Pictured above are the founding members of BACC at the club’s 50th-anniversary celebration last year. BACC is an all-encompassing club that represents black people of all ethnicities and nationalities. If you’re looking for hard-hitting conversations about the black experience in America, amazing giveaways (think natural hair care products, food, relaxing glitter snow globes, durags, and big bonnets), and fun events that pull the black community together, BACC is the place for you. BACC holds several meetings and events each week so it’s really easy for you to get involved.

Personally, BACC has helped me gain all of the knowledge and understanding that I was so badly craving in my hometown. To be able to have roundtable discussions with people across the diaspora is a special thing that I know I’ll miss after my time at RIT.

Thanks for reading through to the end! I hope you’re enjoying this POC @ RIT series, and if you’ll be on campus soon, I can’t wait to see you at some of these club meetings. 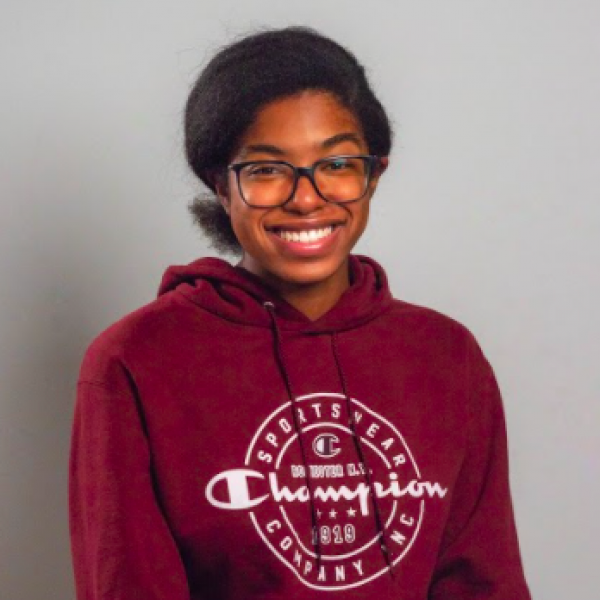 I love being active, singing in the shower, anything Marvel, and all things mental health. 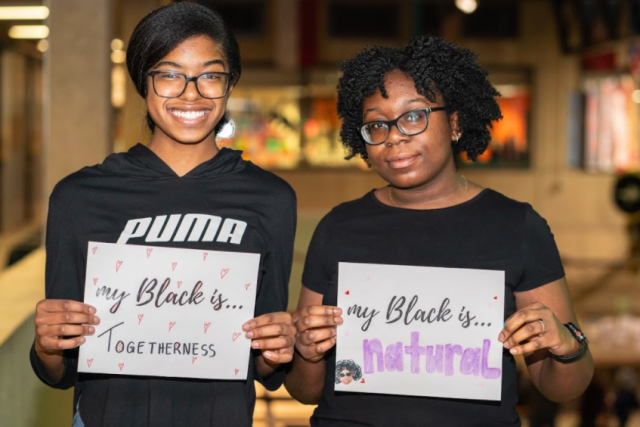 My POC Experience at RIT: My Assumptions vs. My Reality