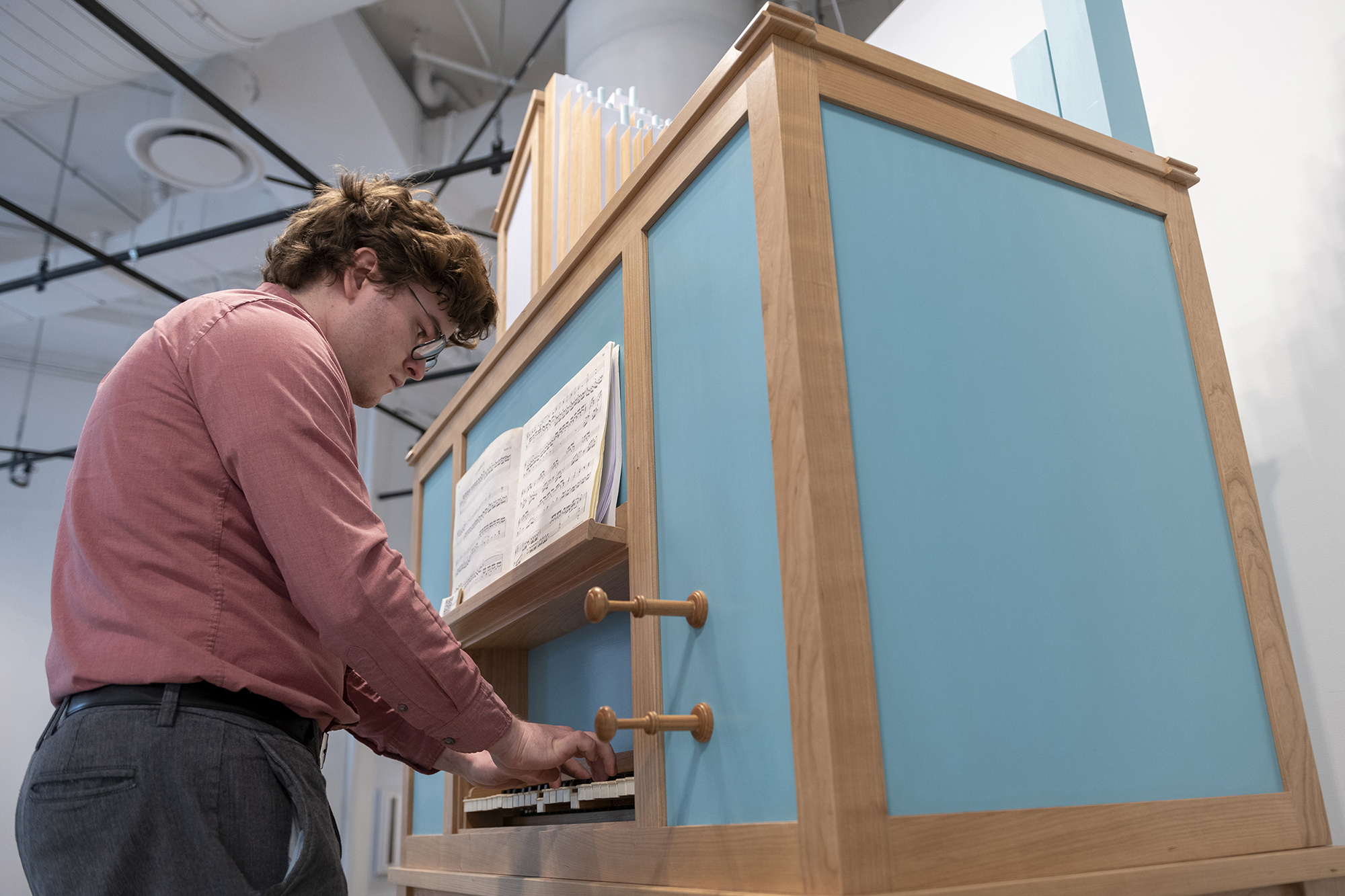 The natural sounds of RIT’s furniture design studios exist within an active environment filled with imaginative makers. During the 2020-21 academic year, crisp tones of classical music joined the symphony of sounds. The source of the sweet melody was a pipe organ handmade by Kelly Cleveland ’21 (Furniture Design) for his capstone project.

Cleveland paired woodworking skills with research and knowledge of other materials and disciplines to create every component of the 8-foot-tall, 5-foot-wide instrument — from 90 wooden pipes to the keys and their brass hinges to the sheepskin leather valves to the mechanical action connecting the keys and pipes. His blending of woodworking, metalworking and engineering came together to form an awe-inspiring crescendo that is hard to ignore, in both aesthetic and sound. 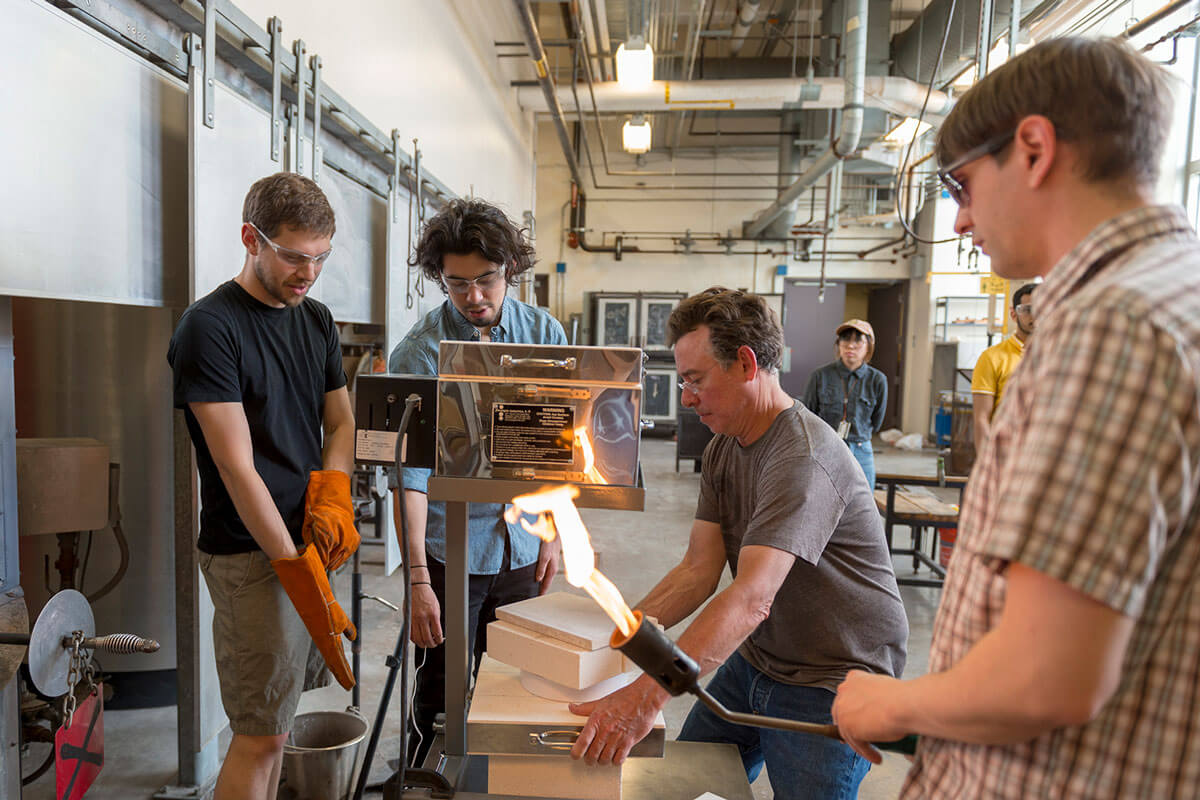 Acknowledging RIT as a place where technology, art and design intersect, the Glass program exemplifies the opportunities that exist in such a unique environment.

RIT Glass — which offers an MFA and a BFA option in Studio Arts — espouses a multidisciplinary approach and the use of outside resources, allowing students and faculty to investigate new possibilities. Each semester, the program introduces a different research theme for students to think about various concepts in their studio practice. The semester research theme is prevalent in studio instruction, critiques and the Visiting Artist Lecture Series, which invites professional artists from around the world to campus or an online space for discussions and demos.

A marquee example of the program’s studio research was a collaboration with RIT’s Munsell Color Science Laboratory that explored the philosophical study of color. Working with the color science lab on campus, students broadened their thinking of color beyond its typical, tangible application and applied it to their studio practice. Additionally, the program put technology, art and design on full display when it hosted the engineers who invented the world’s first molten glass 3D printer for a lecture and demo recreating the early days of the project. 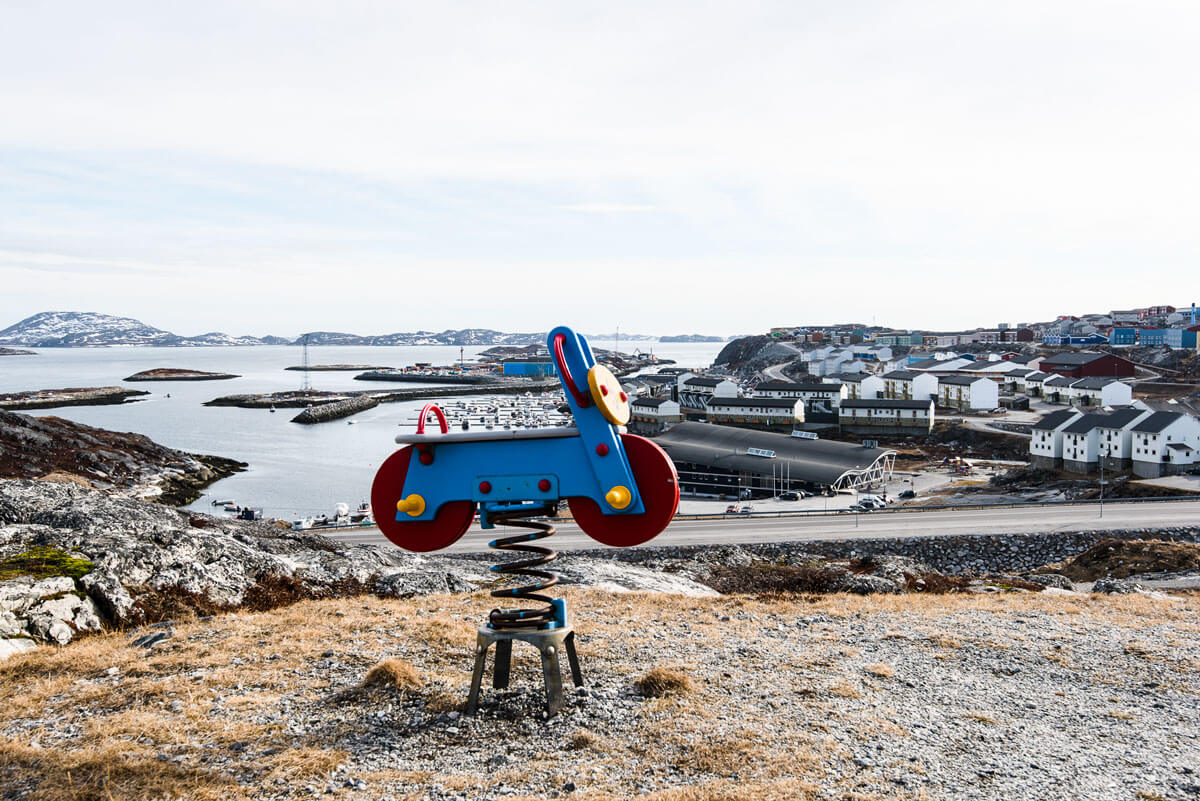 For more than a year, RIT School of Photographic Arts and Sciences Professor Emeritus Denis Defibaugh lived in Greenland, completing research on a National Science Foundation (NSF) grant. Traditionally not awarded to those in the arts, the NSF grant allowed Defibaugh to explore and document the large island. Through his photography, he supplied an intimate, contemporary look at the people and primal geographic landscapes of Greenland.

Defibaugh’s Greenland photography project focused on the work of Rockwell Kent, the famous artist and writer who spent several years in Greenland in the 1930s creating art and literature about his experience. That body of work was used as a starting point for Defibaugh to engage community members in the Greenland communities of Illorsuit, Sisimiut, Nuuk and Uummannaq. Defibaugh’s documentary photographs introduce a changing country and its cultural continuity in response to Kent’s historic writings and hand-tinted lantern slide images made during his residence in Greenland. 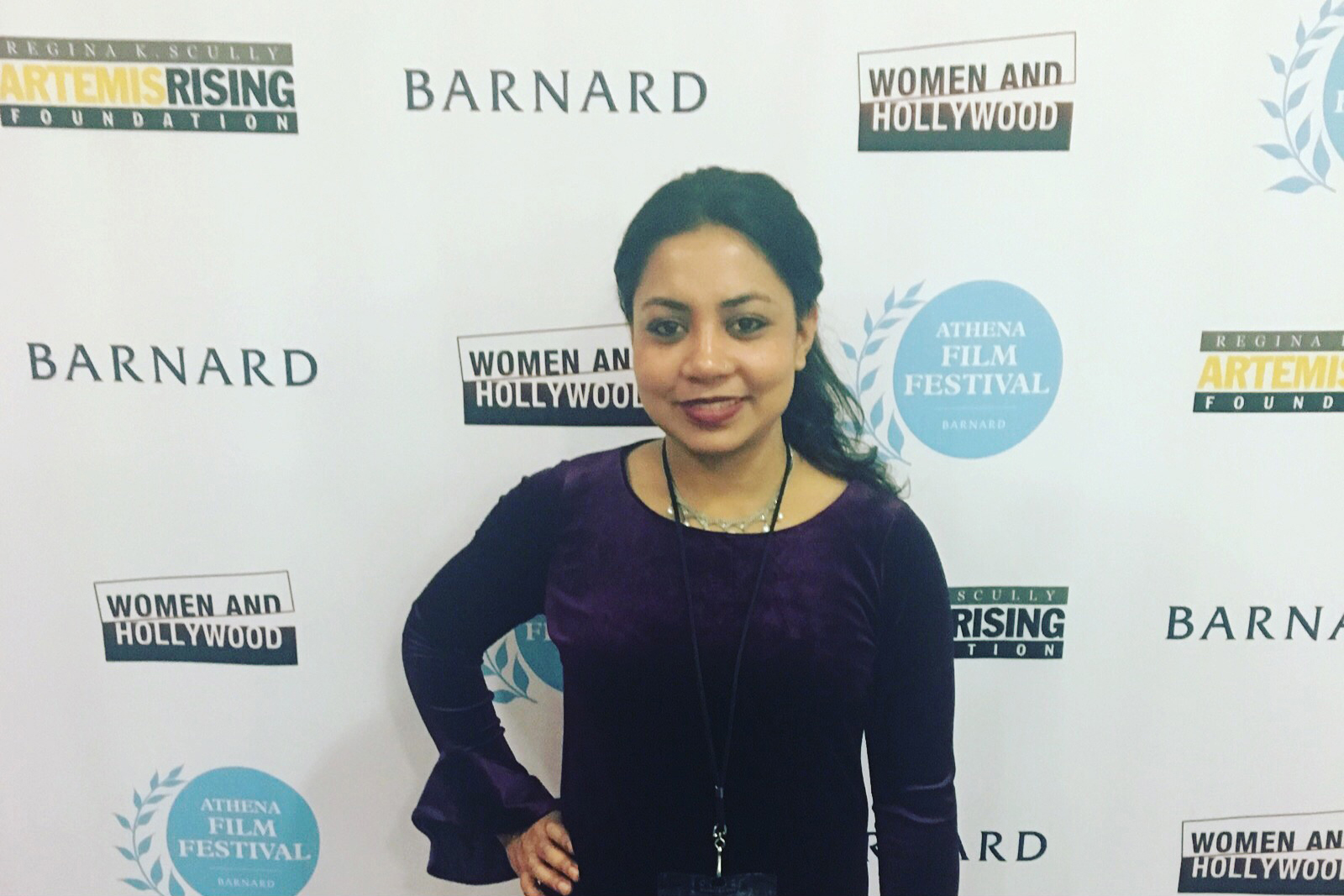 School of Film and Animation assistant professor Ambarien Alqadar’s feature-length screenplay was chosen for the highly selective Athena Film Festival in 2019. The Athena Screenwriters Lab is a prestigious opportunity in the independent film industry.

The lab, held in New York City and Los Angeles, is headed by the Women and Hollywood initiative, which promotes female representation in key industry roles. It has an international call and receives thousands of entries for consideration.

Alqadar’s screenplay for “The Informant” is based on her thesis short film, “Ayesha.” Her story depicts a young American-Muslim woman’s desperate efforts to free her falsely imprisoned father, while trying to keep her family together. The script was developed from real-life stories Alqadar gleaned from immigrant families in upstate New York.

“I was thrilled,” said Alqadar, a native of New Delhi, India, about her participation in the Athena Screenwriters Lab. “I met with Academy Award-winning writers who mentored me and who I am now in conversations with about production deals. It is extremely challenging to fund feature-narratives and this is a big step in that direction.”

Those meetings were with such critically acclaimed writer-producers as Ligiah Villalobos, renowned for her work on Pixar’s Academy Award-winning “Coco”; Michael Arndt, the Academy Award-winning screenwriter for “Little Miss Sunshine”; Laurie Collyer, known for her critically acclaimed film, “Sherrybaby”; and Shinho Lee, an award-winning professor and screenwriter of Korean descent whose 2008 film, “The Chaser,” was an official Cannes Film Festival selection.

Pushing the Boundaries of Printmaking 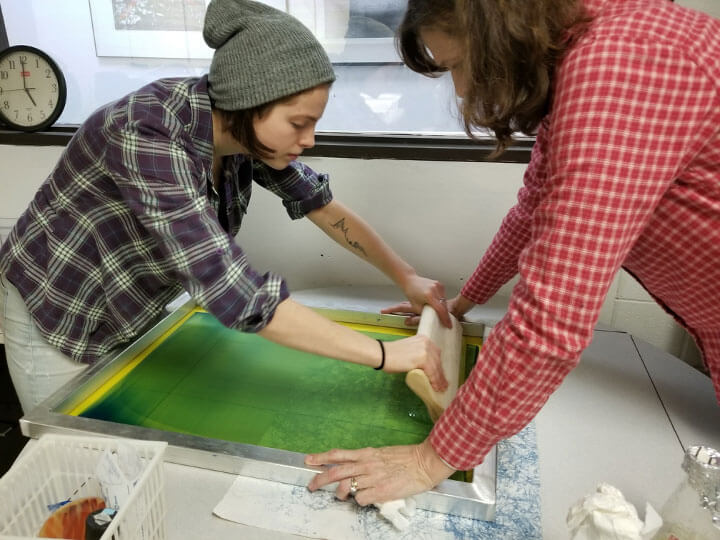 Inspired by her heavy interest in the sciences, Bushnell saw an opportunity to merge art with environmental science. The team created an experimental series of prints incorporating live microorganisms and related representational forms into hybrid two-dimensional images. Through the research, the team tangibly explored contemporary biological, scientific and cultural issues.

They experimented with the growth of microorganisms that related conceptually and geographically to concepts and forms being explored in artwork. Biological forms and their inherent characteristics of color and growth patterns were integrated into the creative work.

The project wasn’t scientific inquiry by its standard definition, but rather an exploration of life in another paradigm, which revealed new ways of seeing and thinking. Bushnell found the experimentation with 4D imagery in a traditionally static discipline expanded the potential of printmaking and the direct integration of contemporary cultural issues.