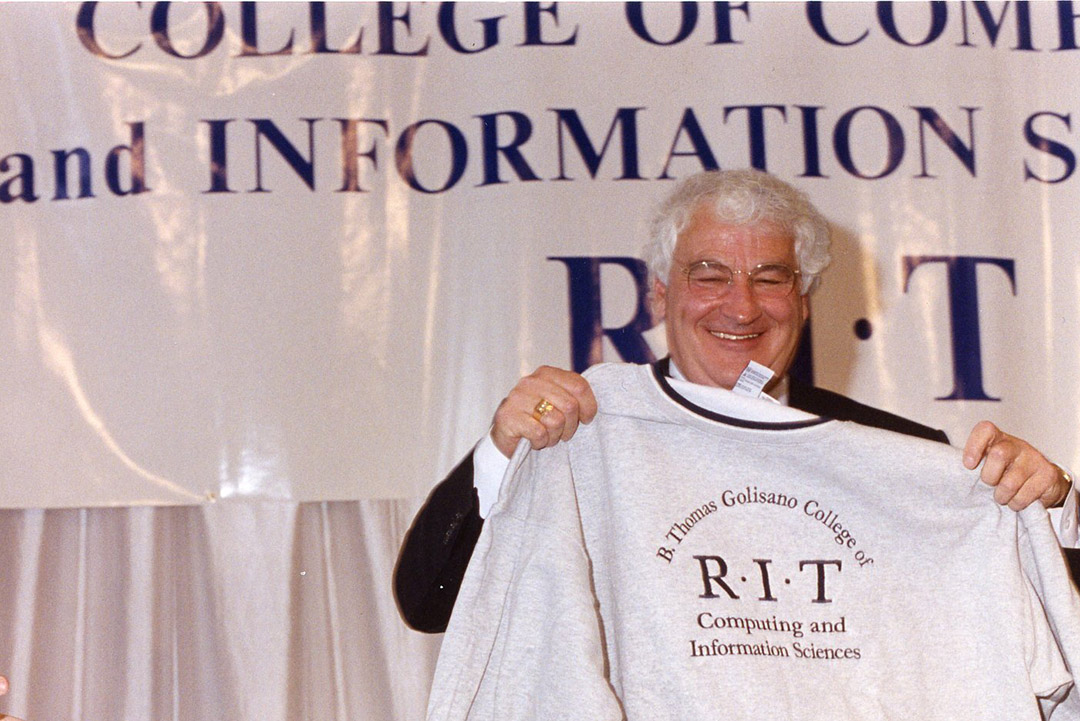 Golisano College of Computing and Information Sciences (GCCIS) was created to house RIT’s growing computing programs 20 years ago, after Paychex founder Tom Golisano gave a $14 million gift to the university.

When RIT announced that it was creating one of the nation’s first computing colleges back in February 2001, Wikipedia was less than a month old. Seriously, look it up on Wikipedia. 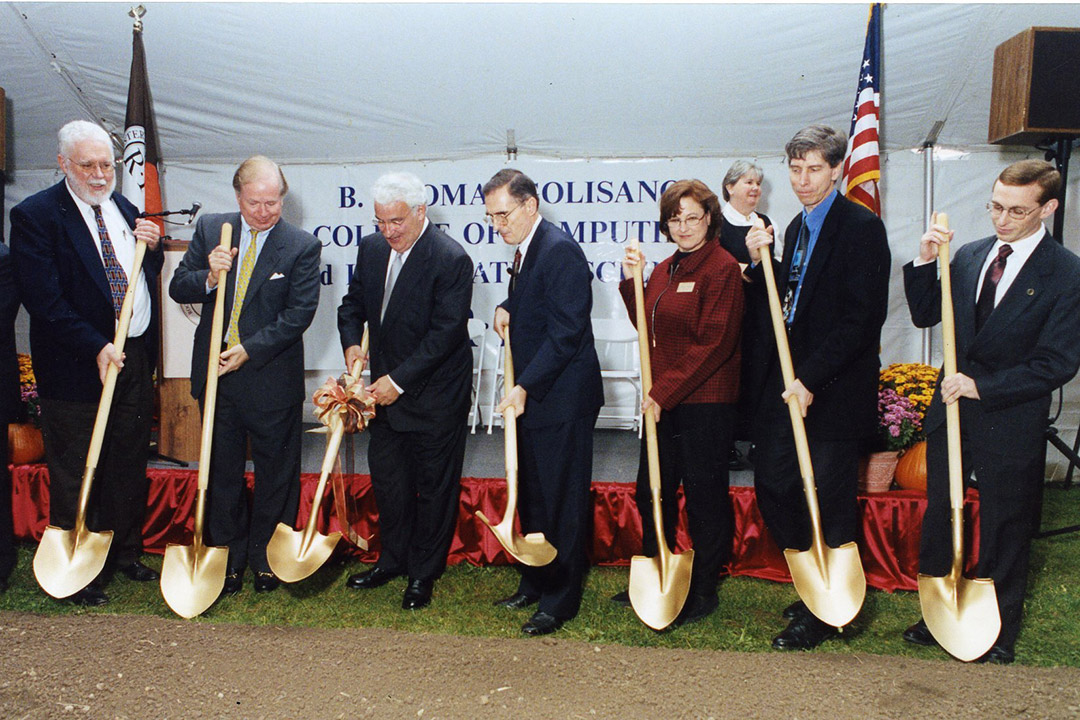 Golisano College of Computing and Information Sciences (GCCIS) was created to house RIT’s growing computing programs 20 years ago, after Paychex founder Tom Golisano, third from left, gave a $14 million gift to the university.

Twenty years later, RIT’s Golisano College of Computing and Information Sciences (GCCIS) has evolved into the largest college at RIT with 23 degree programs and advanced certificates in a growing number of computing disciplines. Internationally, GCCIS is highly-ranked for its specialties in game design and development, computer science, cybersecurity, and more.

To celebrate the 20th anniversary of GCCIS, the college is holding a series of events throughout the year. The keynote talk will feature Alex Kipman ’01 (software engineering), the 2012 Inventor of the Year who created the Kinect motion sensing input device for Xbox and the HoloLens products.

Kipman, a technical fellow at Microsoft who leads the mixed reality team, will talk about his work and life from 2:30 to 3:30 p.m. Oct. 15 in Ingle Auditorium, Student Alumni Union. The free talk is part of RIT’s Brick City Homecoming and Family Weekend Oct. 15-17. 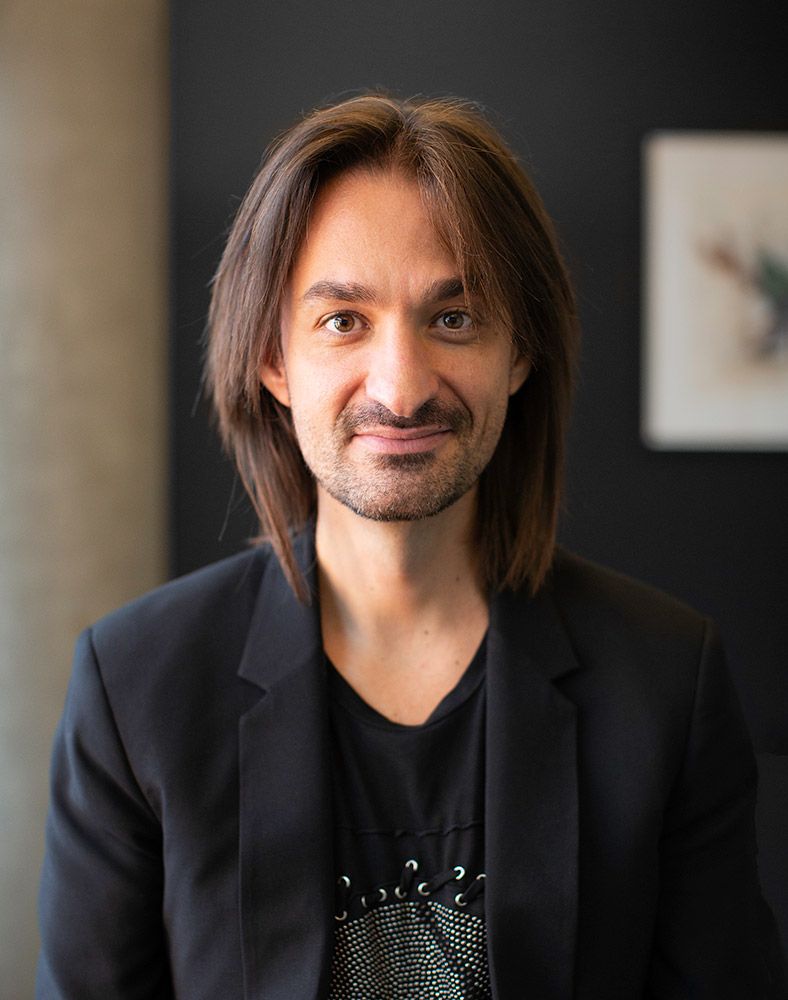 “Alex is just one great example of the thousands of brilliant and entrepreneurial students who have graduated from our comprehensive computing college,” said Anne Haake, dean of GCCIS. “We are excited to celebrate this anniversary throughout the academic year and hope you can join us as we reflect on how far we’ve come, celebrate our successes, and look toward the future.”

The celebration will also feature a 20th Anniversary Speaker Series, presented by Sharp Notions. The software development and marketing design firm, based in Fairport, N.Y., was founded by GCCIS alumni. During the first speaker event, Oct. 16, a panel of distinguished GCCIS alumni will discuss their journeys from RIT to today.

RIT’s disciplines in computer science, information technology, and software engineering were brought together under one roof in 2001, to create GCCIS. The college is named after founder of Paychex Tom Golisano, who made a $14 million gift to help launch the college and build Golisano Hall.

“My congratulations to the faculty, staff, and leadership for their vision and foresight, and for striving for excellence over the past two decades,” said Golisano. “And to the students who have and will graduate, I thank you for leading the way and using your education at RIT to make our world a better place.”

Similarly to the technology industry, the number of computing disciplines in GCCIS has grown throughout the years. Most recently, a new building called the Global Cybersecurity Institute (GCI) opened adjoining Golisano Hall. The Department of Computing Security is now based in the GCI, along with state-of-the-art classrooms and the Cyber Range and Training Center. The high-tech building is helping RIT expand cybersecurity training, education, and research. Tours will be offered during Brick City Weekend.