The Division of Diversity & Inclusion accomplishments that support the mission and strategic plan of the university through the four dimensions of people, programs, places and partnerships are many. We are pleased to share these with you through the 2018-2019 Tiger Imprint Showcase. We are also pleased to highlight where we have received National Recognition for RIT’s commitment to Diversity and Inclusion. The division focuses on collaboratively working with academic and administrative units to provide a holistic range of services that enhance access and success for historically underrepresented students, faculty and staff. We support education and scholarship and ensure a welcoming inclusive, vibrant and accessible environment for everyone.

Rochester Institute of Technology (RIT) received the 2018 Higher Education Excellence in Diversity (HEED) Award from INSIGHT into Diversity magazine for the fifth year in a row. This recognition is for successful efforts in campus diversity and inclusion. Universities are judged on the recruitment and retention of historically under-represented students, faculty and staff, improvements to campus climate and specific campus-wide commitments to diversity through programs, informal dialogues and resources.

INSIGHT Into Diversity magazine recognized RIT as a 2018 Diversity Champion, one of the first colleges and universities in the nation to receive this designation, for the fourth year in a row. Diversity Champions exemplify an unyielding commitment to diversity and inclusion throughout their campus communities, across academic programs, and at the highest administrative levels. 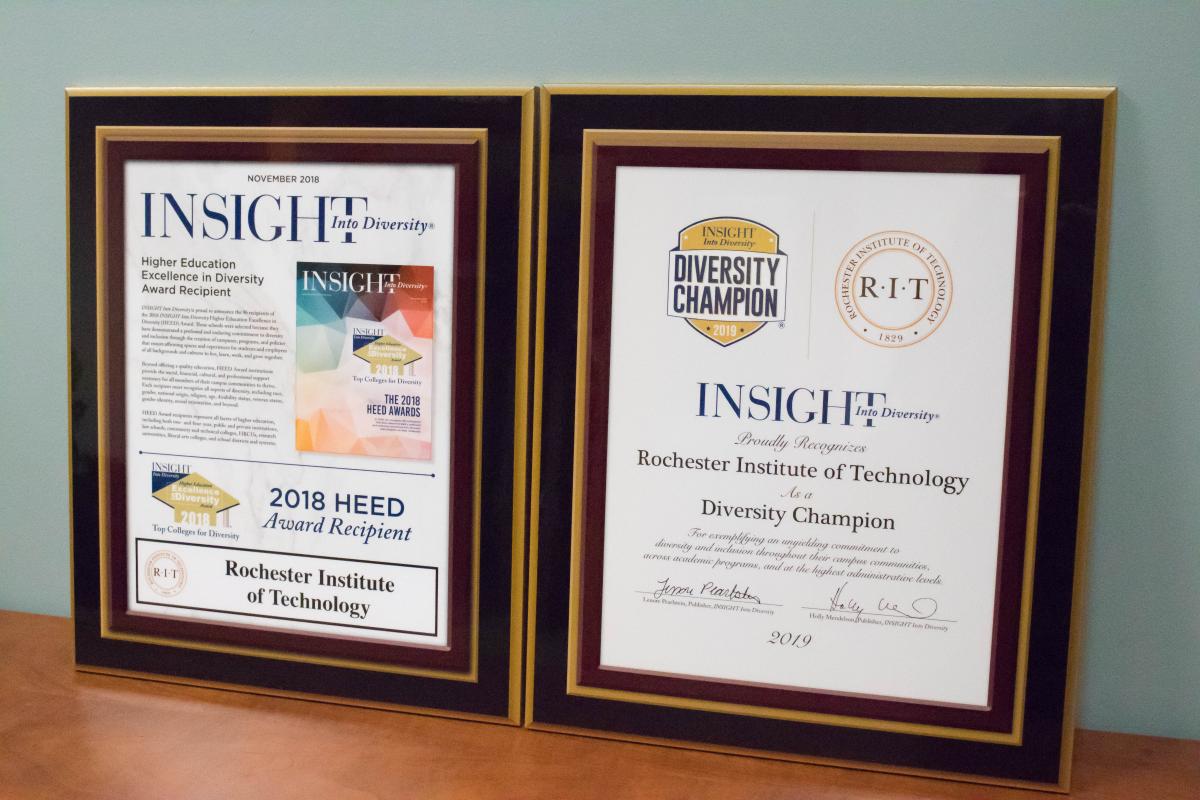 For the second year in a row, RIT was honored as an institution committed to diversity by Minority Access, Incorporated. Minority Access is a nonprofit organization committed to increasing diversity, decreasing disparities and reducing incidents of environmental injustices. Each year the organization identifies exemplary colleges and universities whose commitment to diversity and efforts to implement it serve as an example for other institutions. Fewer than 200 colleges and universities nationwide were recognized by the organization for 2018.

Winds of Change Magazine recognized Rochester Institute of Technology as one of the Top 200 Colleges for Native American Students for the ninth consecutive year.

A new Diversity Dashboard was developed through a joint collaboration of Institutional Research, Human Resources, and Diversity and Inclusion. The dashboard is used to provide Board of Trustees and administrative leaders updates regarding institutional progress related to diversity of our students, faculty, and staff based on the RIT Diversity Index, Strategic Plan goals, and federally mandated goals.

The 2019 DDI Celebration of Excellence highlighted the accomplishments of the division and several individuals and organizations who advance diversity and inclusion efforts at RIT. New to this year’s event were the inaugural Faculty and Staff Beacon Awards and the celebration of the 50th anniversary of the Black Awareness Coordinating Committee (BACC), which also highlights 50 years of diversity initiatives at RIT. RIT President Munson has commissioned a statue of Frederick Douglass to be installed in a prominent location on campus in honor of the fifty-year celebration of BACC.

The inaugural Division’s Dean’s List Reception held in spring acknowledged the academic achievements of students from DDI-affiliated programs and approximately 150 students, staff, and faculty were in attendance.

Men of Color, Honor, and Ambition (MOCHA) welcomed 20 students who were selected from over forty applications comprising the 6th cohort. Learn from MOCHA graduates on their experience. 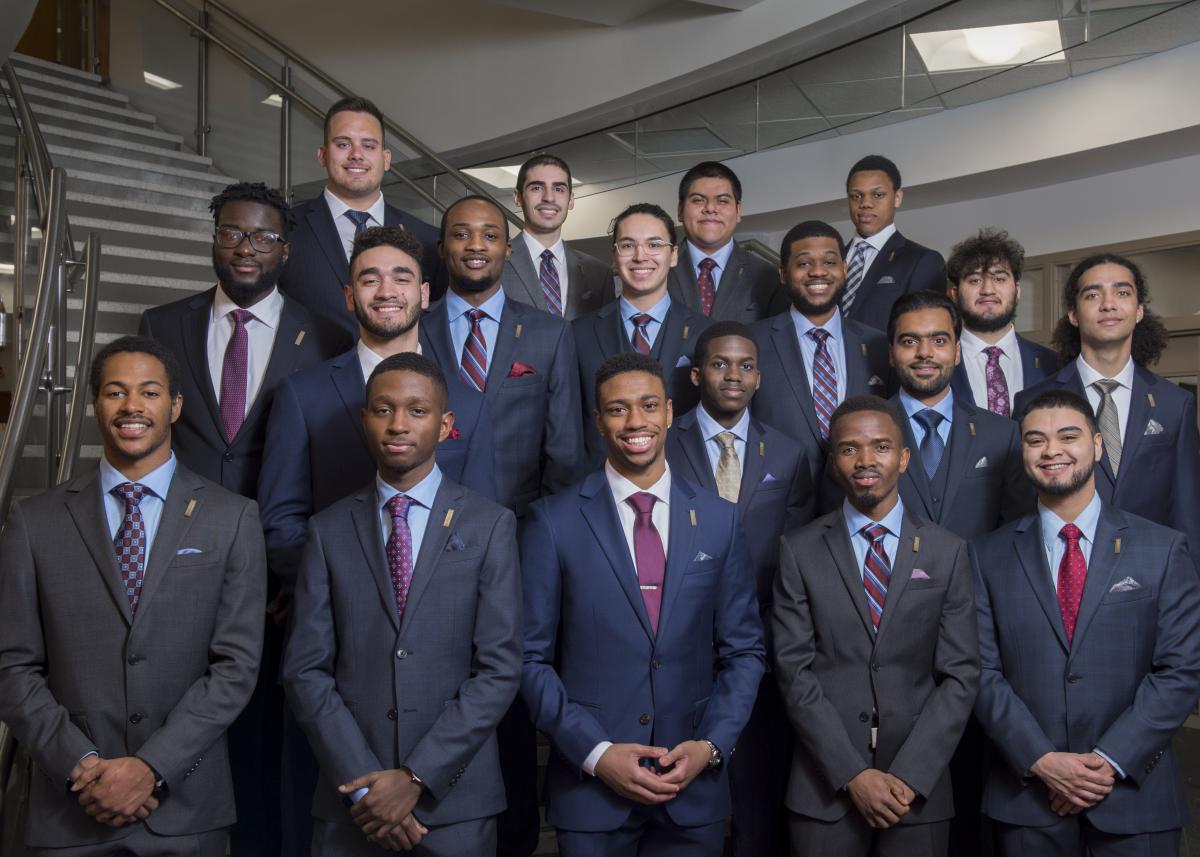 Women of Color, Honor, and Ambition (WOCHA) welcomed 15 women who were selected from fifty-seven applications comprising the fourth cohort. Get a glimpse on what they were up to this past year. 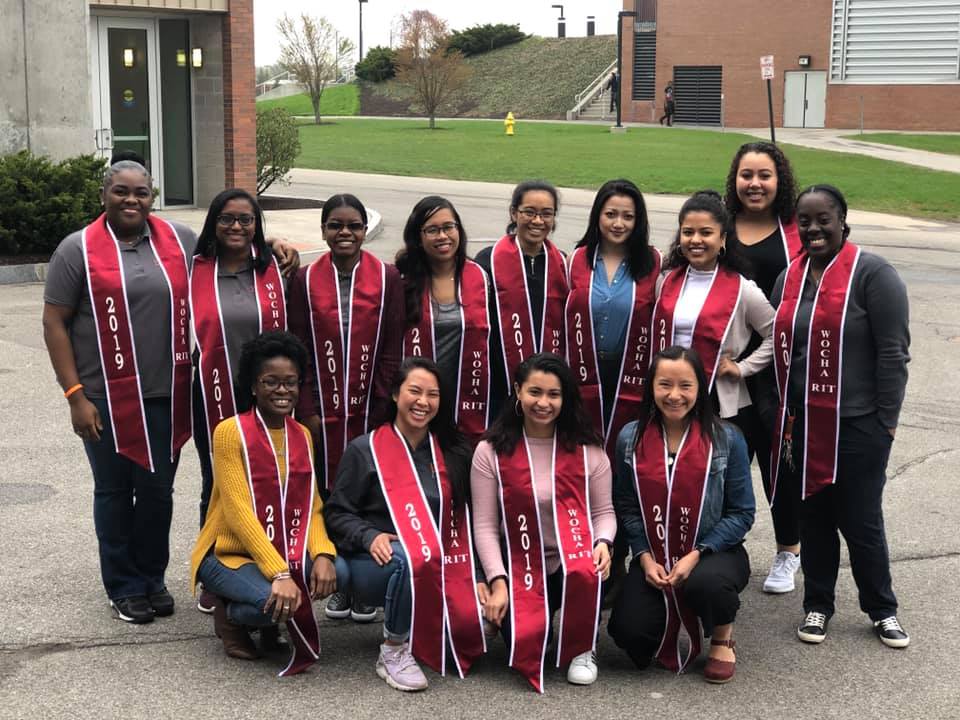 The Higher Education Opportunity Program (HEOP) retained 100% of the freshmen who started in fall 2017 and 20 new freshmen from across New York State entered in fall 2018.  The program currently serves 106 low income diverse students.

The Office of Faculty Diversity and Recruitment and the Provost office awarded the Kate Gleason College of Engineering the annual Changing Hearts and Minds award for furthering RIT’s overall commitment to diversity among the faculty ranks.

The legacy of Isaac L. Jordan, Sr. is strong in our community and RIT annually awards several accolades in tribute to his work and vision. This year, several students and one faculty member were honored as each of them continue to foster a life with purpose and commitment to building communities of inclusion and equality.

Innovating Across the University 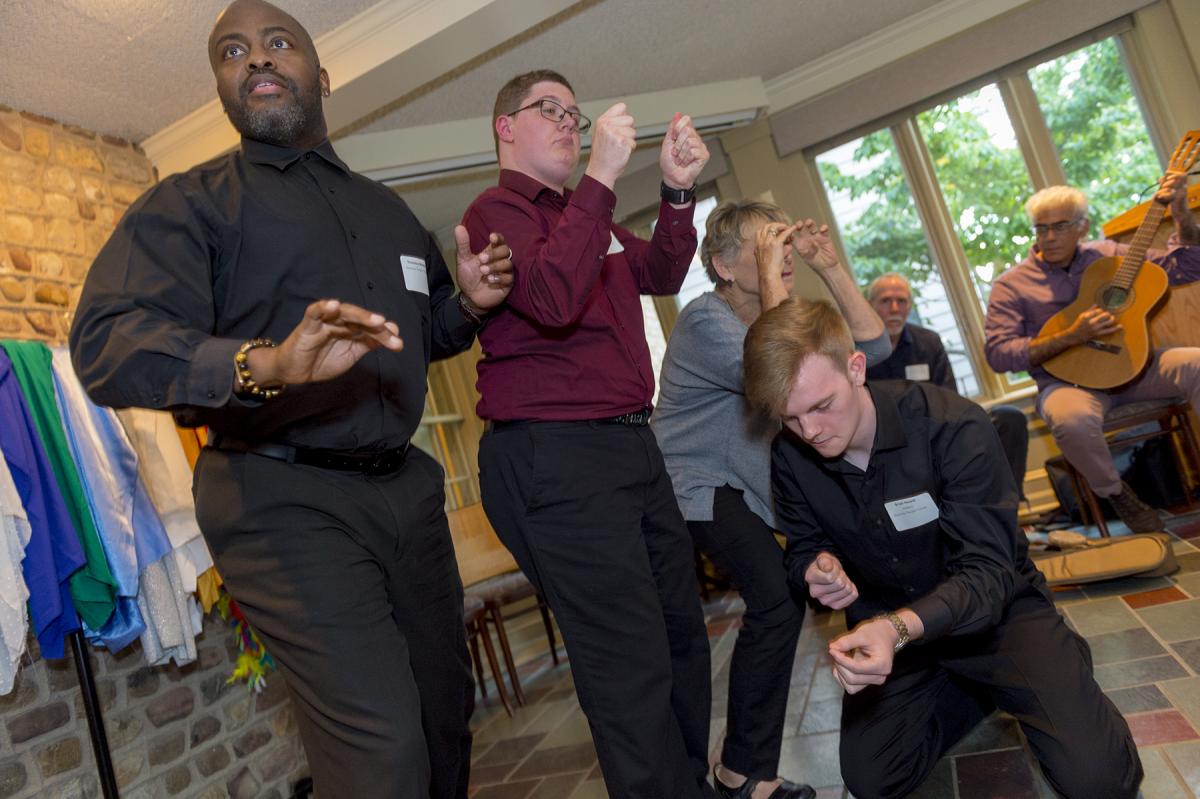 Making our Space an Inclusive Community (MOSAIC Center) celebrated its 5th anniversary.  The center focuses on creating a welcoming, and inclusive environment by providing students with a comfortable space for multicultural community building, individual expression, and the exchange of ideas through collaborative cultural, educational, and social experiences. This space is utilized by a variety of organizations, clubs and meetings such Gray Matters, Latin American Student Association, Alcoholics Anonymous, Cosplay Troupe, Ukulele Club, and Anime Club just to name a few.

Extending Our Reach and Serving the World

The College of Engineering Technology (CET) partnered with the DDI in administering the Veterans Upward Bound grant through the U.S. Department of Education’s Office of Postsecondary Education TRIO program. The program received an increase in funding for an annual grant award of $275,155 for the 2018-2019 academic year.

The Veterans Upward Bound Program served 125 military veterans with academic need, helping prepare them for transition into postsecondary education. Seventy-nine percent of participants who complete their prescribed VUB educational program in the project year enrolled in a program of post-secondary education by the next project year.

Upward Bound Classic served 60 high school student participants from Greece Olympia and the Leadership Academy for Young Men. Participants are involved in academic coaching, tutoring, college tours and cultural experiences throughout the academic year. This year the program produced nine students who are attending college in the fall. Additionally, a participant in the program was awarded the Future Man of the Year Award by the Rochester Black Men Achieve organization.

Diversity Theater executed the film production of BRICK BY BRICK, a new film and series of community building workshops: “Brick by Brick Film & Workshop: Building Bridges of Understanding, One Brick at a time”.  This short film is written by Tina Chapman DaCosta, based on her father’s life in 1941 Cleveland. It provides a snapshot view of one’s life to encourage participants to reflect upon their inclusive excellence “snapshot” moments at RIT.

Janet Lomax served as the 27th Minett Professor for 2018-19. Ms. Lomax served more than three decades as News Anchor at News 10NBC in Rochester, NY before retiring in December 2016. The Minett Professorship is designed to bring distinguished Rochester-area multicultural professionals to the RIT campus to share their professional knowledge and experience with RIT’s students, faculty, and staff for one academic year. 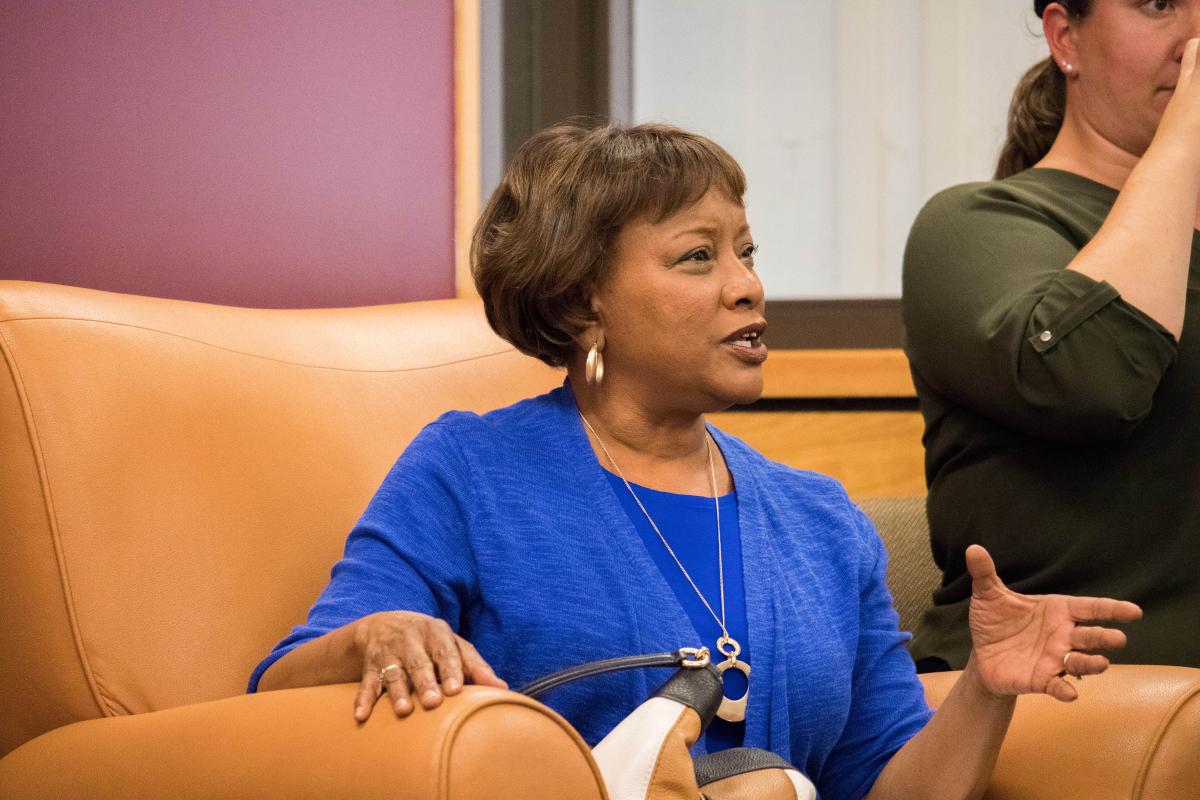 Have You Ever Considered Working or Studying Globally? (page 49)