Chairman of the Rochester Institute of Technology, Dubai Board of Directors

Sheikh Khaled Bin Zayed Al Nahyan is a pioneer extraordinaire; a graduate in Business Administration from Boston University; has completed his PHD course work in Finance from Michigan State University.

Sheikh Khaled holds pivotal positions in several private and public organizations: He serves as Chairman of The Islamic Arab Insurance Company (SALAMA), the largest Islamic Takaful and Re-Takaful Company in the world. He is also a Board Member of Al Firdous Holdings.

In addition, Sheikh Khaled is on the board of numerous sovereign entities; serving as Chairman of Rochester Institute of Technology, Dubai (RIT Dubai) and Board Member of Dubai School of Government.

He was formerly Chairman of Tamweel and Vice Chairman of Dubai Islamic Bank. He also served as Board Member of UAE Insurance Authority, Abraaj Capital, Dubai Real-Estate Corporation DREC (WASL) as well as Chairman of The Executive Committee of Dubai Economic Council (DEC).

Sheikh Khaled’s achievements are by no means restricted to the business arena. His personal contributions in various public serving entities, stands testimony to his commitment for the societal well being: He is a member of Board of Trustees of JA Worldwide, Chairman of Injaz Al Arab MENA Region, a subsidiary of Junior Achievement Worldwide, an organization entrusted in preparing the new generation to face current evolving economic challenges. Concurrently, he serves as the Chairman of Al Hikmah Educational Chain, which is engaged in furtherance of education in the region, Vice-Chairman of Human Appeal International, which fights poverty and injustices and the Humaid Bin Rashid Al Nuaimi Foundation for Human Development, Member of Young Arab Leaders, which aims to boost economic growth in the Arab World by providing a platform for change.

He is also the President of UAE Sailing and Rowing Federation.

In 2011 Dr. Al Zarooni was appointed as the Chairman of the Dubai Free Zone Council; which was established to unify the rules and regulations that govern free zone companies and serve as a one-stop point for global investors. In 1995 Dr. Al Zarooni joined the Department of Civil Aviation as the Director of Administration & Research where he was a key figure in establishing the Free Zone Division. Prior to joining the Department of Civil Aviation, Dr. Al Zarooni served at the Ministry of Education for 8 years. Dr. Al Zarooni was also appointed as the Director General of Dubai Aerospace Enterprise (DAE) in 2006 and later on he was assigned as the Chairman of the Executive Committee of DAE in mid 2010. Additionally, Dr. Al Zarooni serves on the boards of several governmental entities; these include the Department of Economic Development (DED) and Dubai Economic Council along with the Economy and Trade Committee.

Dr. Al Zarooni holds a doctorate in Economic Geography from Durham University – UK (1994) as well as a B.A and a master’s degree from Emirates University in Economics. Passing his knowledge and experience to the new generation, Dr. Al Zarooni is a lecturer in the UAE University.

Mr. Abdulrahman Alsaleh is an Associate Member of the Chartered Institute of Management Accountants in the United Kingdom.

Mr. Alsaleh has considerable exposure to the operations of the government departments and companies in the United Arab Emirates from his association as Management Accountant with the Dubai Ports Authority, as Chief Accountant of Emirates General Petroleum Corporation and as Executive Director for Business Support Services in Dubai Customs.

In May 2009, Mr. Alsaleh was appointed as Director General of the Department of Finance in Emirate of Dubai.

Mr. Essa Kazim is the Chairman of Borse Dubai and Chairman of the Dubai Financial Market (DFM), Director of Dubai International Financial Center.

Mr. Kazim began his career as a Senior Analyst in the Research and Statistics Department of the UAE Central Bank in 1988 and then moved to the Dubai Department of Economic Development as Director of Planning and Development in 1993. He was then appointed as Director General of the DFM from 1999 to 2006. Mr. Kazim holds an honorary Doctorate from Coe College, a Master’s degree in Economics from the University of Iowa, a Master’s Degree in Total Quality Management from the University of Wollongong and A Bachelor degree from Coe College. He is currently a Member of the Higher Board of Directors of the Dubai International Financial Center (DIFC) and the Board of DIFC Authority, Member of Dubai Council for Economic Affairs, Board Director of NASDAQ Dubai, Member of the Board of the Rochester Institute of Technology, Board Director of NASDAQ OMX and Member of the Board of Governors of Hamdan Bin Mohammed E-University.

James Watters joined the RIT team in 1994 as budget director. He is now the senior vice president of finance and administration and treasurer. At RIT, he oversees the activity of over 700 full-time employees. He is responsible for administering the university’s annual $600 million operating and capital budgets, $800 million endowment and working capital portfolios, and $140 million public debt portfolio. Dr. Watters is responsible for auxiliary enterprises; human resources; accounting/payroll; insurance; public safety; audit; legal; information technology and security; and facilities operations, design, and construction.

He came to RIT from the University of Pittsburgh, where he spent his entire academic and previous professional years and earned a BS, MS, and Ph.D. During his 16 years at the University of Pittsburgh, Dr. Watters held the positions of assistant chancellor of real estate and management, assistant vice president of business and finance, captive insurance consultant, and assistant director for administration in the public safety division.

Ms. Ellen has a Bachelor of Arts degree in history from UC Davis and spent 11 years working for Pacific Bell in the San Francisco Bay area as a project manager and technical director in software development. In 1995, she left industry to pursue advanced degrees, earning her Ph.D. in sociology from Vanderbilt University in 2001. That same year, she joined the faculty at Clemson, one of the nation’s Top 25-ranked public universities, and went on to be promoted to chair of the department of sociology and anthropology, associate provost for faculty affairs and senior associate provost.

Among her accomplishments at Clemson are co-leading development and implementation of its strategic plan, an increased focus on research, improving student retention and growing the proportion of students from underrepresented groups. She also led efforts to revamp faculty hiring, putting in place new search procedures and an enhanced post-doctoral pipeline program that resulted in increasing the number of underrepresented faculty by 40 percent since 2015. 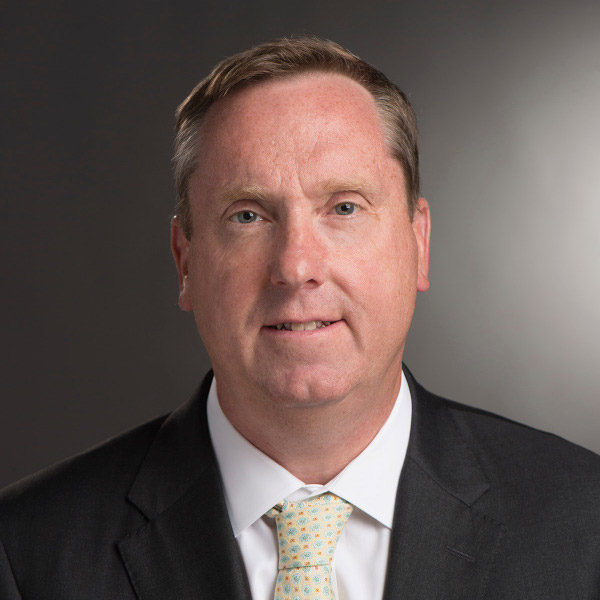 Ian Mortimer is an enrollment management professional with more than 25 years of experience in higher education. Mr. Mortimer is currently vice president for Enrollment Management and associate provost for Adult and Online Education at Rochester Institute of Technology (RIT).

With an enrollment of nearly 19,000 students, RIT is one of the largest private universities in the nation. Students hail from all 50 states and more than 100 countries. A top 100 national research university, RIT also has international locations in China, Croatia, Dubai and Kosovo. Prior to RIT, Mr. Mortimer served as vice president for enrollment management at Nazarath College (NY) and Champlain College (VT).

During his tenure at Nazareth, his team put the college on a solid enrollment footing that reached its largest classes in history, increased selectivity, improved visible and geographic diversity, and improved its market position. Under his leadership, Champlain College increased enrollment and strengthened its market position while also improving accessibility for under-served student populations. Mr. Mortimer also served in admissions positions at St. Bonaventure University (NY), American University (DC), and Walden University.

He also served at higher education firms Datatel and Inside Track and as an associate consultant for Ruffalo Noel Levitz. Mortimer earned his MBA from RIT’s Saunders College of Business in 2004. He also holds a MSEd in counseling psychology and a BS degree in English, both from St. Bonaventure University.

Mr. Hiranandani has a sound educational background and has completed his MBA from Rochester Institute of Technology, (R.I.T)  New  York,  with specialization in Entrepreneurship and Finance after completing B.S. (Business) in Management Information Systems.

Dr. Yousef Al-Assaf completed his Bachelor of Science in Electrical Engineering from Sussex University, UK, in 1984 and his PhD from Oxford University in 1988. Dr. Al-Assaf was a founding member and chair of the industrial engineering department at the University of Jordan, where he also worked as the outreach manager. He was a founding member of the electrical engineering and computer engineering programs at AUS since 1998. He was appointed as the Associate Dean of the College of Engineering (CEN) at AUS in 2004, and has served as the Dean of the college since 2005 till his appointment as President of Rochester Institute of Technology, Dubai.

Dr. Al-Assaf's industrial experiences are in the areas of industrial instrumentation and control (PLC, SCADA, DCS, microprocessor and PC-based controllers). He has designed and developed various automated control systems for various industries including fertilizer, textile and sheet-cutting establishments.