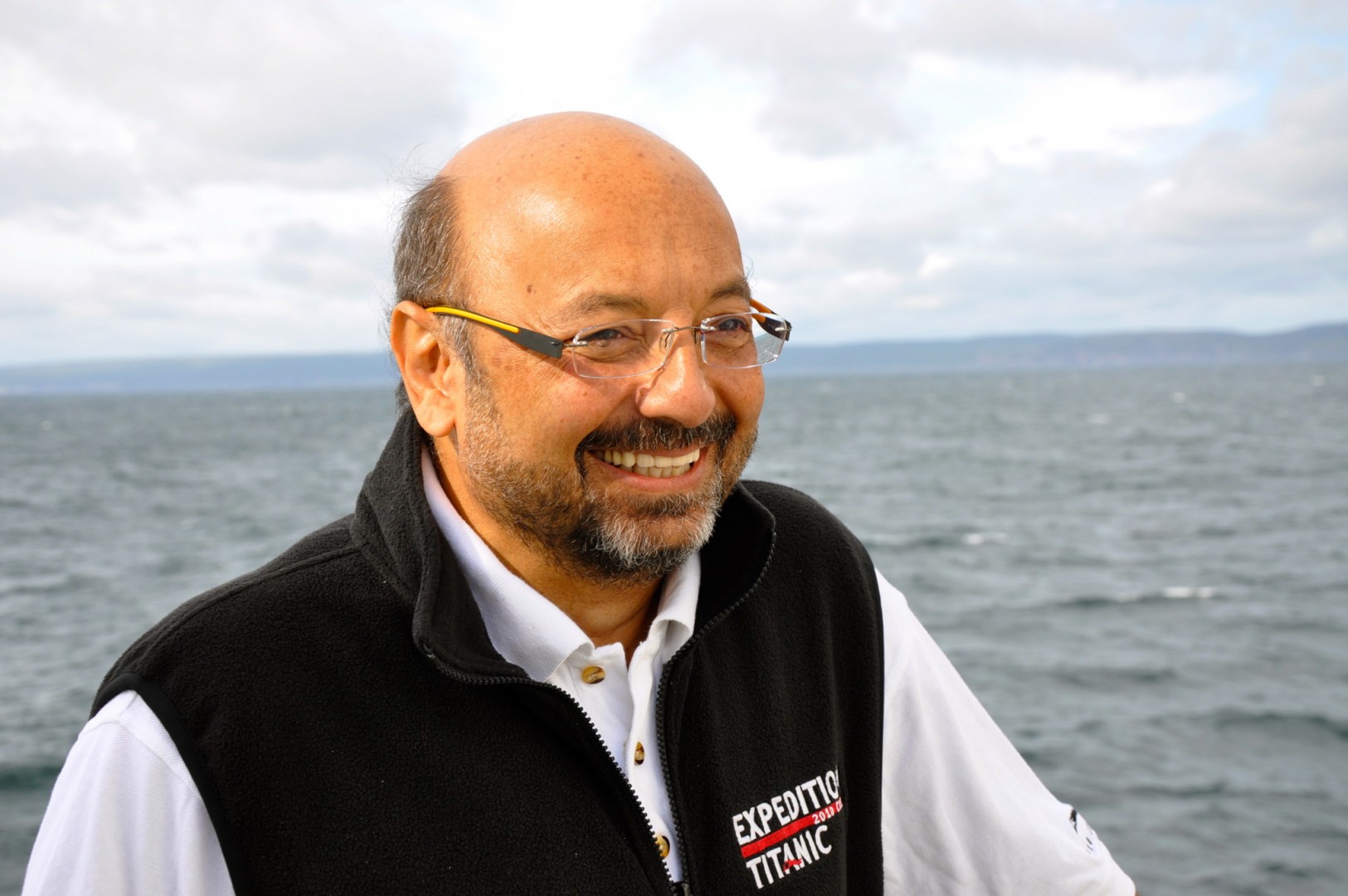 Pioneering oceanographer and scientist David Gallo will be delivering the inaugural Theodore Albert Viehe Endowed Lectureship in Cross-Disciplinary Studies at RIT. The lecture is part of the College of Art and Design's Understanding Understanding initiative developed in partnership with Richard Saul Wurman.

For those unable to join in-person, the lecture is also available on Zoom — registration is required.

Gallo will share his experiences about ocean exploration and how his work has helped to make the complex understandable. He is at the forefront of ocean exploration, participating in, being witness to, and communicating the development of new technologies and scientific discoveries that shape our view of planet earth. Gallo — who gave one of the most-watched TED talks ever — is among the first scientists to use robots, autonomous vehicles, and submarines to explore the deep seafloor, and his lecture will be an unforgettable amalgamation of his life’s work.

The Viehe Lecture series is made possible through the generous support of RIT alumnus John Viehe, who established the lecture series in 2021 in memory and recognition of his father, Theodore Albert Viehe. Lectures in this series are focused on multidisciplinary topics and are the result of a collaboration of the Dean of the College of Art and Design and the Dean of the College of Liberal Arts.

For more information on Richard Wurman and UnderstandingUnderstanding, please go to www.uursw.com.

Gallo is an American oceanographer and explorer. For nearly 30 years he was director of special projects at the Woods Hole Oceanographic Institution, a preeminent, globally recognized scientific laboratory. He has participated in expeditions to all of the world’s oceans and was one of the first scientists to use a combination of robots, autonomous vehicles and submarines to explore the deep seafloor. He co-led an expedition to create the first detailed and comprehensive map of the RMS Titanic as well as leading the successful U.S. effort to locate missing Air France flight 447. He is currently involved in planning a return trip to RMS Titanic as well as developing plans for an expedition to locate Ernest Shackelton’s ship Endurance, which lies in the Antarctic beneath the frozen surface of the Weddell Sea.

Gallo is personally committed to keeping curiosity alive. He has lectured internationally to audiences ranging from children to CEOs with the goal of awakening the little bit of Jacques Cousteau and Jules Vernes that resides in each of us. He has given numerous TED and TEDx presentations and has appeared in numerous documentaries (Discovery Channel, History Channel, National Geographic). He is also no stranger to televised national and international news programs such as “Face the Nation,” “Good Morning America,” “The Today Show,” The Weather Channel, PBS and MSNBC.

In recognition of his role in exploration and science communication, Gallo is a recipient of a Computerworld-Smithsonian Award, the Explorer’s Club Lowell Thomas Medal and the Frances Hutchinson Medal of the Garden Clubs of America. He is an elected Fellow of the American Association for the Advancement of Science, a National Fellow of The Explorers Club, a TED All-Star and a recipient of the Lotus Club Distinguished Achievement Award.