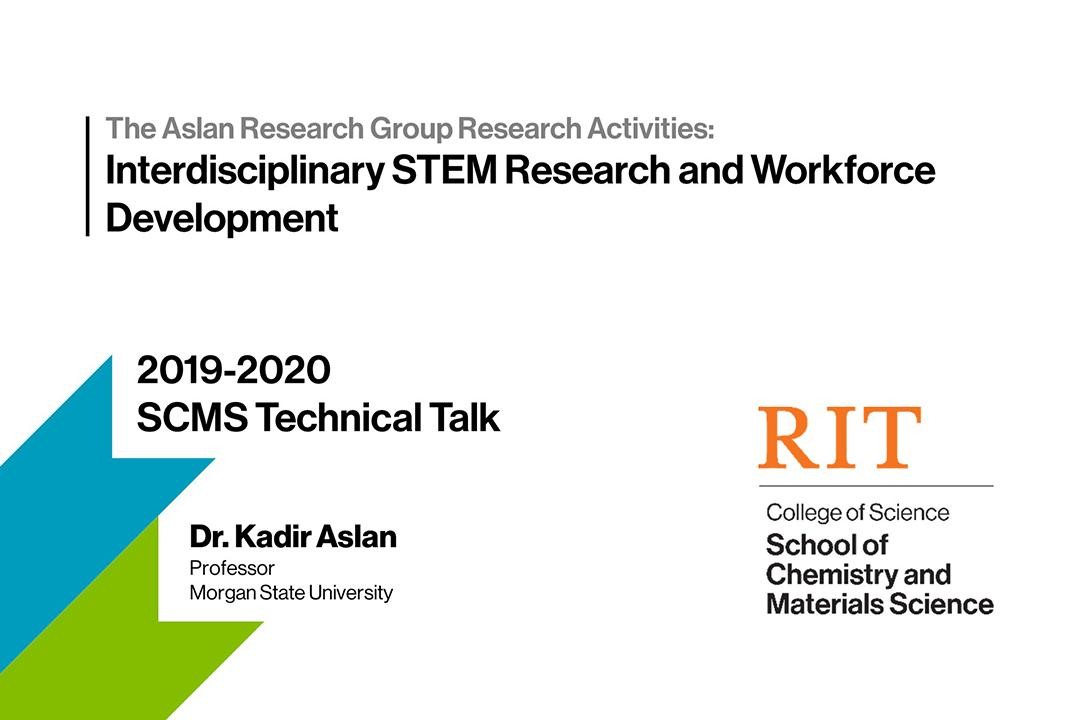 Abstract:
In this talk, Dr. Aslan will present his research group’s research capabilities and a summary of the results of research activities pertaining to the applications of microwave-accelerated processes in science and engineering over the last 10 years. Dr. Aslan’s research group has described, demonstrated and patented the use of a new technology, called metal-assisted and microwave-assisted evaporative crystallization (MA-MAEC, Morgan’s first-ever patent). At the laboratory bench scale, the MA-MAEC technique affords for the selective growth of the desired polymorphs of amino acids and pharmaceutical compounds "on-demand" in a fraction of the time as compared to the conventional evaporative crystallization, which take up to an hour or longer. In this regard, we have developed several new products and services based on our technology 1) new circular crystallization platforms for multiplexed detection up to 204 samples at once, and 2) “iCrystal system”: a device that offers a high degree of control over the microwave-accelerated processes (which is not offered by conventional microwave ovens). Dr. Aslan further demonstrated the use of the iCrystal system and the circular platforms for rapid and quantitative detection of a proteins and Shiga like toxin (STX 1), using a technique aptly named, microwave-accelerated bioassays (MAB). The lower limit of detection of the colorimetric and fluorescence-based bioassays for proteins and STX 1 was decreased by ~1,000 times using the MAB technique, where bioassay time for proteins and STX 1 was reduced to 10 minutes from 4 hours using commercially available bioassay kits. Dr. Aslan will also present his research group’s ongoing student training activities funded by the JHU/ARL, which include characterization of macro-scale damage in polymer-glass composite materials impacted by a high-speed projectile using theoretical and experimental methods.

Speaker Bio:
Dr. Kadir Aslan has obtained his B.Sc. and M.Sc. degrees in Chemical Engineering from Hacettepe University and Middle East Technical University, respectively in Ankara, Turkey. In 2003, he obtained his Ph.D. degree in Chemical Engineering at the Illinois Institute of Technology. He completed his postdoctoral studies at the University of Maryland (Medical Biotechnology Center) in 2005. Dr. Aslan joined Morgan State University as an Associate Professor of Chemistry in 2009 and was promoted to Professor of Chemistry in 2012. Dr. Aslan served as Assistant Dean for Research for Research and Graduate Studies and Associate Dean for Undergraduate Studies for 5 years (2013-2018). Dr. Aslan has served as a PI on grants with award amount >$3.2M and published >140 peer-reviewed journal articles with >8500 citations (Google Scholar), 15 book chapters. Dr. Aslan graduated 8 Ph.D. and 4 M.S. students and worked directly with 100 undergraduate researchers to date. Dr. Aslan’s research group has 20 members and include 5 Ph.D. students, 15 undergraduate researchers and several international exchange faculties. His research interests include analytical chemistry, physical chemistry, environmental science and engineering, biomedical engineering. His research activities lie at the cross-section of nano-, micro- and macroscale phenomena and invented several metal-assisted and microwave-accelerated processes: crystallization/decrystallization of biological molecules, plasmonic biosensors, seed germination and nanoparticle-enzyme interactions.