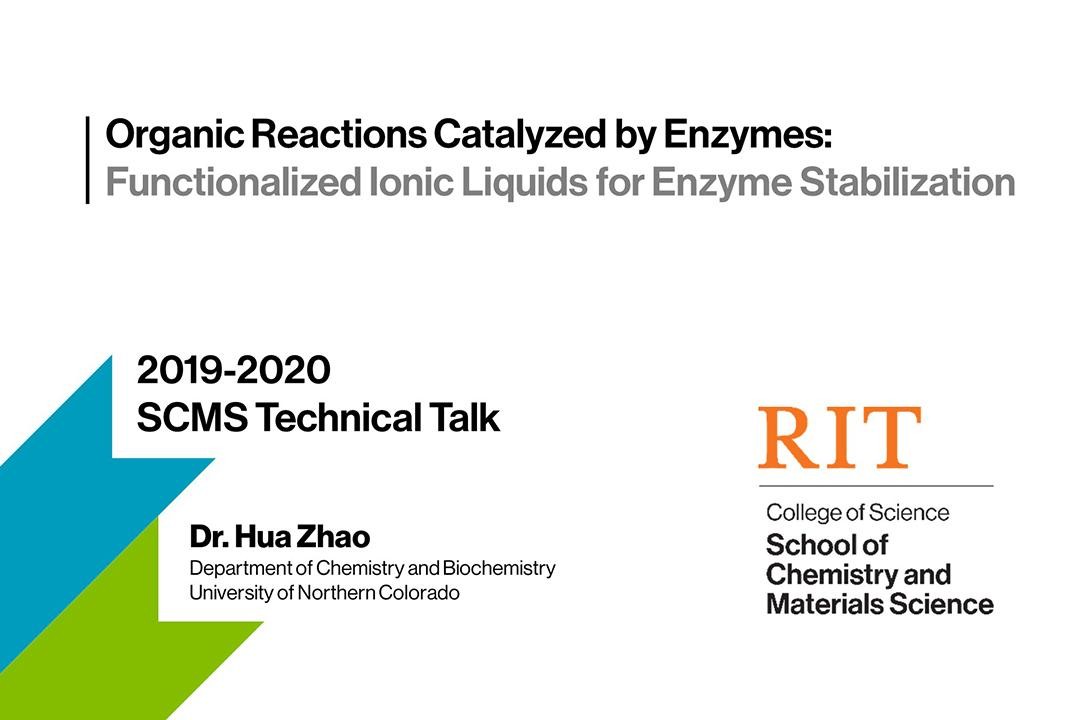 Abstract:
Biocatalysis has been known for thousands of years, particularly in fermentation processes for baking and brewing business. In modern chemical industries, enzyme-catalyzed organic reactions are becoming a rapidly growing field for the preparation of pharmaceutical intermediates, biofuels, and new materials. However, many of these enzymatic reactions are not favored by aqueous environments for a number of reasons such as substrate solubility, selectivity, and side reactions. Common organic solvents are not always ideal choices of non-aqueous media for biocatalytic applications due to their poor biocompatibility, toxicity, and flammability, etc. Ionic liquids, made of ions with low melting points, are a unique type of non-volatile solvents that can be structurally tailored to be compatible with enzymes. Enzymes behave differently in aqueous ionic liquids and in neat/concentrated ionic liquids. In diluted aqueous solutions, the effect of different ionic liquids on the enzyme’s activity can be loosely correlated with the classical Hofmeister’s series although other factors may also play important roles. In non-aqueous ionic liquids, hydrogen-bonding basicity of anions and hydrophobicity of ionic liquids can be key parameters controlling enzyme’s activity and stability. These empirical rules can provide valuable guidance for designing ionic liquids toward particular biocatalytic applications. We will discuss several examples where hydrophilic or hydrophobic ionic liquids show great advantages in enzymatic reactions, and then focus on the use of ionic liquids for enzymatic ring-opening polymerization (ROP) of L-lactide and ε-caprolactone.