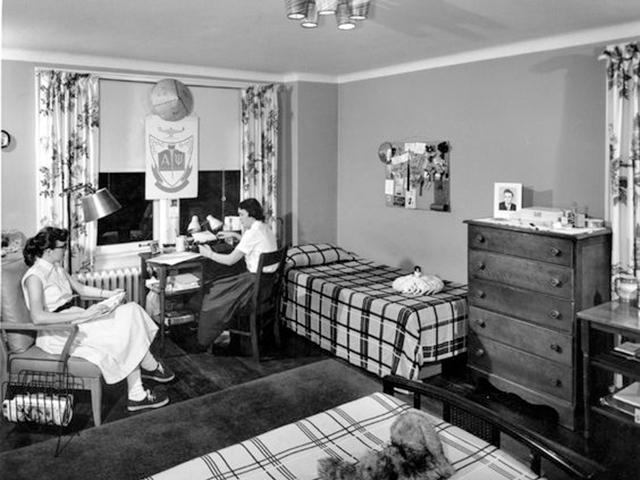 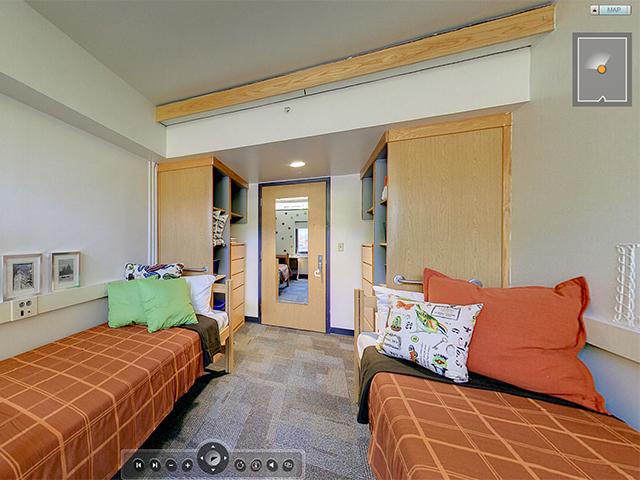 Once the Mechanics Institute was merged with the Rochester Athenaeum in 1885, things began to take a more modern turn for the lifestyle of the students at RIT. Previously, RIT was located within the city of Rochester and the buildings where students regularly took classes, as well as facilities and resources, were scattered throughout the city. This isn’t at all an uncommon layout, as many Universities in the nation have a similar setup, however it became evident that a move to a more cohesive environment would be the best for the Institute to thrive, due in part to the lack of space. There was an especially high demand for housing because of the increase in enrollment after the war, so various actions were put in place to try to accommodate the students.

The Jenkinson Apartments were located in 102 Spring Street and they were constructed way before The Mechanics Institute was established. It was one of the first housing complexes that RIT offered and it housed only women. Later on, Francis Baker was constructed and provided housing for many RIT students who studied at the downtown campus through the 1960's, located at 64 Washington St. The picture depicted above is the downtown residence hall in the 1950’s.

Surely you can tell that RIT housing has come a long way. Now we have an array of housing options to choose from to suit your lifestyle and economic needs, from residence housing, apartments, suites, commercial complexes, greek housing to premium hotel style housing. Other services include applying for housing through online portals that even feature virtual tours for your convenience. Learn more at https://www.rit.edu/fa/housing/content/housing-options