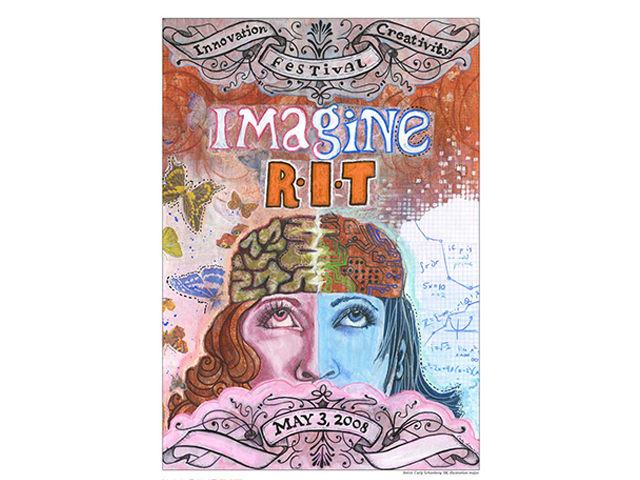 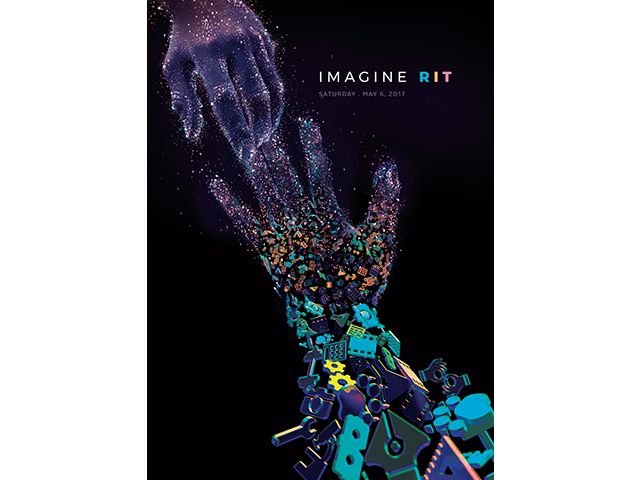 Back when Dr. Destler began his presidency at RIT in 2007, he brought ideas and a vision for ways to give back to the greater Rochester area.

His goal was to bring people of all ages and backgrounds from surrounding communities to experience RIT’s culture, creativity and innovation. Ten years later and we now host an annual festival that brings up to 30,000 people out to experience RIT students and staff showcases,  games, demos, performances, and exhibits. It’s a festival that not only celebrates technology and science, but also the arts and all sorts of mediums! Dr. Barry Culhane, the Festival Chairman who has been around since the very start of Imagine RIT, explains: “Since we have such a left-brain and right-brain campus, we wanted to cross over and show the uniqueness of different facets of the school.”

Every year, RIT puts out a call for entries so that artists of all levels get to showcase their poster making skills. This is an amazing opportunity for graphic designers, new media designers and even visual media students to leave their mark at RIT. It is 100% chosen by the public and the unveiling can definitely be suspenseful. Back in 2008, Carly Schonberg, an illustration major from New Rochelle, N.Y., was the winning artist. She was able to conceptualize the mission of Imagine RIT all in a 14-by-20-inch poster. This year they just revealed the winner of the 2017 Imagine RIT poster made by Riley Yankowich, a third-year new media design student from Deerfield Beach, Fla. 10 years apart and you can really observe the attention to detail and the artistic approach by both students. Both beautifully exemplify the mission of Imagine and we can't wait!