Finance & Administration » The Rise of the Women's Hockey Team

The Rise of the Women's Hockey Team

The Rise of the Women's Hockey Team 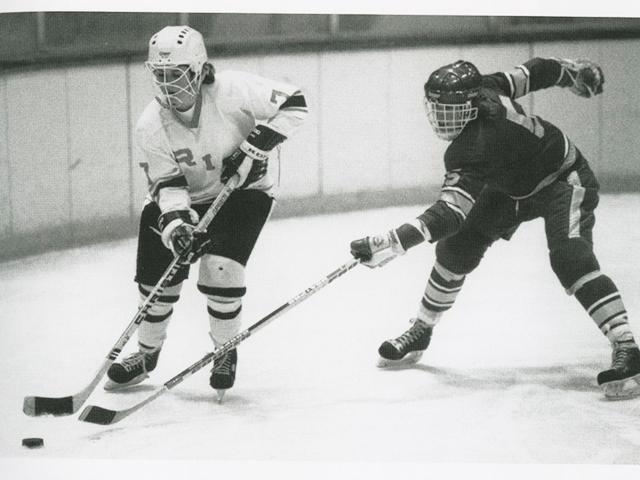 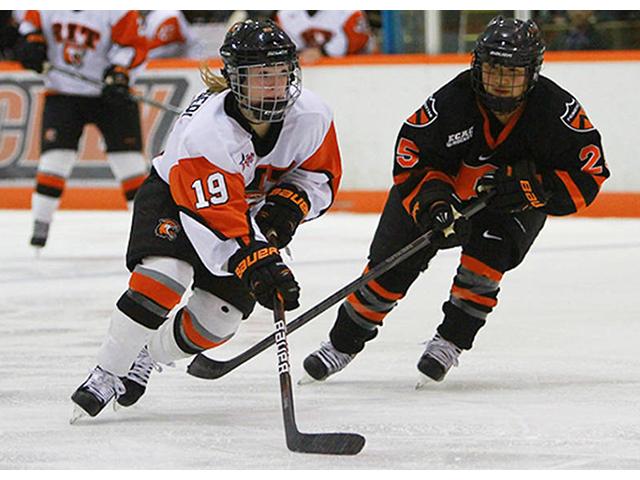 In the 1970s women across the nation were still fighting for many of the privileges that men took for granted, including in the college athletics world. Among other things, the passage of Title IX of the Education Amendments Act of 1972 finally paved the way for women to be provided equitable opportunities to participate in sports, and the RIT women’s hockey team was formed not long after. Freshman Sheila Stevenson decided to take on the task in 1975. Before her, women could only enroll in a physical education hockey course offered by the men’s hockey team coach at the time. Taking this course ultimately inspired, challenged, and helped her later on to form the women’s hockey team.

On March 5, 1976 RIT women’s hockey played its first game ever, against the Cortland Red Dragons at Ritter Arena. Later in 1977 the athletic director Bill Carry announced that women’s hockey would become a varsity sport! After that, the team’s history never really peaked until 1995 when they began a streak of more than 20 consecutive seasons with a record of .500 or greater. In 2006 the team reached a new level of national recognition, joining Division I just like the men’s team had done.

For a detailed statistical history of the women’s team, visit the USCHO website . However, if you enjoy reading stories and would be interested in finding out more information on the team and the key stakeholders and the role they played, pick up a copy of “Frozen In Time- The History of RIT Hockey” by Scott Pitoniak. It is filled with the first-hand accounts and amusing stories that really shaped the team as to what it is today. For a quick taste, here’s an anecdote Pitoniak shared about former standout forward Kolbee McCrea:

“Kolbee had really long hair, which she tied into a ponytail. There was a play during the game when she fell to the ice and a girl from the other team skated by and accidentally cut about six inches off Kolbee’s ponytail. They actually stopped the game so they could get her chunk of hair off the ice so nobody would trip over it. We had a good time joking with her about that one. We asked her if the girl who had skated over her ponytail was going to charge her for the haircut. And we joked that the girl on the Concordia team who did that to her should get two minutes in the penalty box for slashing”