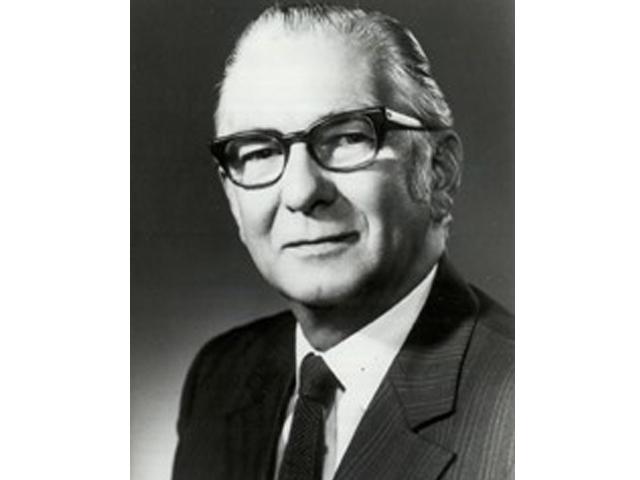 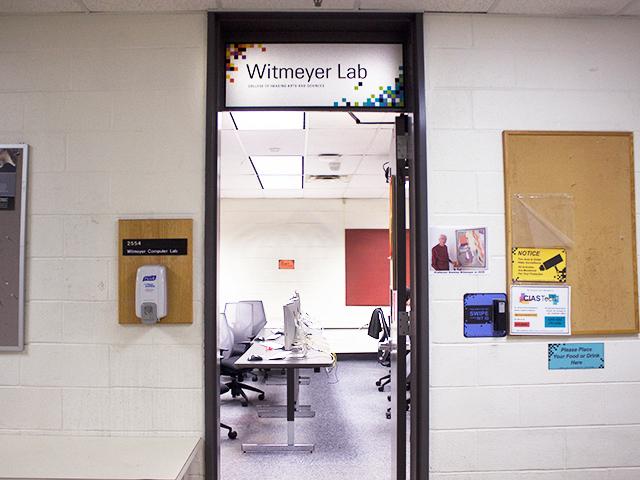 One of the resources that almost every student in the College of Imaging Arts and Sciences renders as essential are the dozens of computer labs spanning between the Booth and Gannett buildings. As an artist, programs in the Adobe suite, inkjet printers and softwares are necessary, but extremely expensive. This is why RIT provides labs equipped with a surplus of programs for students and the faculty to use whenever they need.

Most of them are named after the the kind of computers they are equipped with or the specific school that they belong to, but located on the second floor of Booth room 2554 is the curiously named Witmeyer Lab. Who is Witmeyer and how is he important to the College of Imaging Arts and Sciences?

This week for Throwback Thursday, we are highlighting a very important Associate Dean of the College of Fine and Applied Arts, Dr. Stanley Witmeyer. Leading a busy life, Witmeyer lived to the age of 98 years old and even served in World War II, but that did not stop him from devoting most of his time to RIT and the Art Department as a faculty member, head of the Alumni Association, and director of the Applied Art Department after graduating in 1936 from RIT (or RAMI as it was known back in his day).

Prior to being involved in the administrative part of RIT, he played basketball and even served as the team's captain during his senior year of college. He was even recruited to play professionally for the Rochester Royals and was part of the NBA until he was drafted. As the years passed, he found his way back to his alma mater and began working in 1946 until his retirement in 1973.

In 2011, Witmeyer was awarded the RITirees Award in recognition of his contributions to the RIT community. Shortly after he passed away and today we remember him and his legacy with a space built for a student’s success at RIT and beyond, just like his.