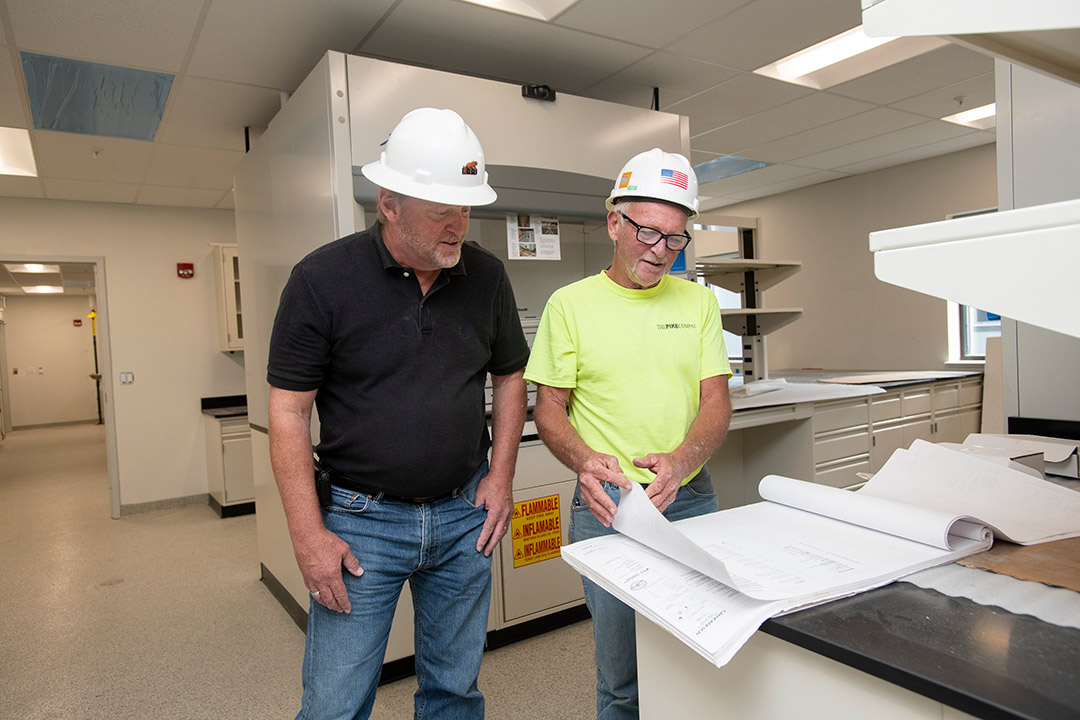 The outside of RIT’s Brown Hall looks the same, but inside everything has changed.

Construction on the former temporary building is in its final stages with last-minute work on upholstery and painting being completed. Once the final details are settled, Brown Hall will house new laboratories for genomics, computer engineering, and soil and traffic studies, as well as several computer facilities, office space for researchers and graduate students, and equipment, conference and break rooms—all without changing the footprint of the 40,000-square-foot building.

Occupancy is expected by January 2023. 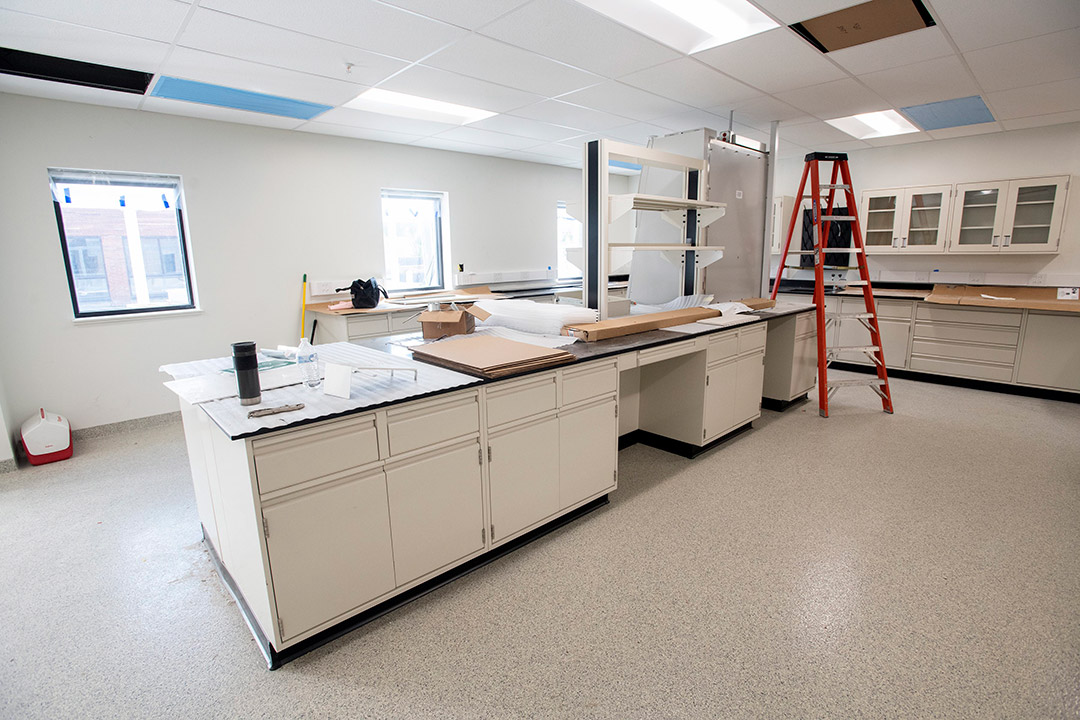 The entire interior of Brown Hall was renovated to accommodate several science and engineering labs with new utilities, equipment and technologies. This area will house part of the new College of Science genomics lab.

“It was a big job, time-wise and in complexity. You are not just creating shelf space for classrooms. There are a lot of mechanical systems being placed. Lots of technology will be in here,” said Ted Weymouth, senior project manager with RIT’s Facilities Management Services.

Weymouth worked with more than 15 local and regional contractors over the course of the renovation that began in February. It was a major change to the building—its interior was demolished—and new structures designed to support growing research initiatives on campus.

Some of the new capacity includes installation of ventilation conduits for lab equipment and widening duct work to accommodate larger power, plumbing, fire, and HVAC systems.

Completion did not come without challenges. Some equipment was delayed due to supply chain issues, but the facilities team has been able to compensate, providing flexibility to installers or recommending alternative equipment options that still met user requirements. One such alternative was a back-up generator.

“That generator had been delayed probably three times since the start of the renovation. But Ted and his team went through the process with the architect and the engineers. They worked together to get a similar make. This provides a temporary fix to be sure we can have people occupy the building on time,” said Daniel Wolcott, construction manager, The Pike Company, one of RIT’s long-time construction and building renovation partners.

Brown Hall renovations are part of a larger campus plan for new building construction and older building renovations. Multiple campus moves are underway as the SHED construction nears its completion, and a series of moves to relocate labs and campus organizations to this new site have begun.