Lynn brought over 20 years of conference and event planning experience to RIT when she joined the Office of Government & Community Relations in 2005.  She holds a Bachelor of Science in Hospitality Management from Florida International University. Currently as Assistant Vice President of Special Events and Conferences, Lynn oversees the conference staff, serves as Director of Brick City Homecoming & Family Weekend, and represents the division on various university committees. Much of her responsibilities have a community relations focus with her management annually of RIT’s ever-increasing presence in the Rochester Fringe Festival and in assuming the logistical role for the annual Davis Awards.

Prior to these current roles, Lynn planned and executed a wide array of large-scale university events (both on and off campus) as well as coordinated the United Way Campaign. The RIT community has raised over $4.1M for local charities in the 11 years that she managed the campaign, and the university received multiple awards for exemplary service to the Rochester community: President’s Award (2008 and 2015), Richard P. Miller Award (2010), Student Award – Extraordinary Fundraising (2012), Chairman’s Award (2014). Beginning in 2016, an additional role for Lynn will be as Director of Brick City Homecoming and Family Weekend.

Michelle Lanphear has over 16 years of event planning experience for non-profit organizations.  She is passionate about delivering service beyond expectations to her clients. Michelle began working in the Office of Government and Community Relations in 2006 and she has a Bachelor of Science in Recreation and Leisure Management.  Michelle’s previous positions include Event Coordinator at Crestwood Children’s Center, Visitor Services Director for the Canandaigua Chamber of Commerce, Office and Project Manager for Rochester Youth for Christ, Administrative Assistant for the YMCA and Auto Travel Counselor for the American Automobile Association of Rochester.  Michelle has additional expertise in marketing and communications, website development; department and facility scheduling, budgeting, office management, client relationship development, volunteer recruitment, travel and project management.  In her current role at RIT as Associate Director of Conferences and Special Events she plans and executes numerous events and conferences for diverse groups including RIT faculty/ staff, youth, adults, businesses, civic and service organizations.  Michelle is the operations liaison to the FIRST Robotics Competition and numerous groundbreaking and building dedication ceremonies for RIT.

Lori joined RIT’s Office of Government and Community Relations in May of 2012.  A native of Greece, NY, Lori brought many years of customer service, human resources and supervisory experience to RIT.  She currently oversees the financials for the department and is responsible for assisting the associate vice president and directors.   As the head of GCR’s front desk, Lori often handles inquiries from the community and assists individuals and organizations with the initial phase of RIT event requests. Lori assists in coordinating RIT’s presence at the Rochester Fringe Festival and is involved in supporting RIT’s participation in many events in the Henrietta and Rochester community.  She is currently pursuing a bachelor’s degree from RIT. Outside of campus, Lori enjoys supporting her children’s interests in dance and soccer and serves on many fundraising committees. 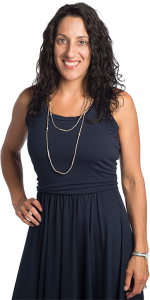 Michelle Lezette has been at RIT since 1996, first as a student then as a staff member. She is a two-time alumna from RIT with a Bachelor of Science in Printing Management and Master of Business Administration. She has worked in Government and Community Relations since 2001, and during that time has planned and executed over 500 events and conferences. For ten years she served as director of RIT’s Brick City Homecoming and Family Weekend, an all-encompassing weekend celebration for alumni, students, parents, faculty, staff and friends of the university. She has also worked on a number of small and large-scale community events including the FIRST Robotics Competition, JDFR Walk to Cure Diabetes, JP Morgan Chase Corporate Challenge, as well as numerous groundbreaking and building dedication ceremonies for RIT. In her current role as EMS Administrator, Michelle is responsible for managing and administering an enterprise software system utilized campus-wide at RIT for comprehensive event management. 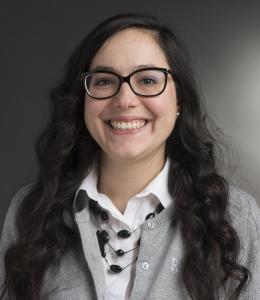 Nicole considers her home town to be “Everywhere and nowhere.” As a child, her parents were in the military and the family was stationed in several different states. Nicole moved to Rochester in 2007 to attend RIT and has been an RIT employee since 2015. Previously to joining the Government and Community Relations in 2019, she worked for Career Services. Nicole brings event/project management, customer service, database, and data analytics skills to the team. In her current role, Nicole is responsible for supporting the RIT United Way Steering Committee, and assists with executing the award-winning United Way Campaign for the university. Nicole also supports the Brick City Homecoming & Family Weekend Programming Committee to carry out the essential elements for the weekend program. Nicole is passionate about service and currently serves as an advisor to the Zeta Tau Alpha Fraternity on campus where she mentors a group of women to become better leaders and team members. 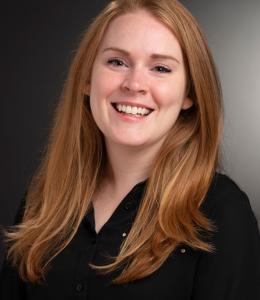 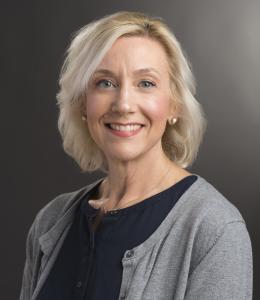 Lisa originally hales from Syracuse, New York and joined RIT in the Government and Community Relations Division in 2005. During her first few years at RIT, Lisa managed the office budget and supported the development of the online registration system for RIT’s Brick City Homecoming and Family Weekend. After several years working side by side with event planners, Lisa gained the necessary experience to take on the role of Associate Director for Conferences and Special Events in 2010.  While Lisa is well- versed in all aspects of operations and logistics for events large and small, Lisa has particular expertise in assisting clients executing athletic camps, K-12 programs, and professional conferences on campus. Lisa also uses her event planning experience on a personal level by volunteering and planning events with her children’s schools and extracurricular activities. Lisa is passionate about interior decorating and enjoys DIY projects. Lisa is currently taking classes in Project Management at RIT.