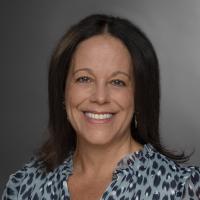 Before joining RIT January 4, 2021, Vanessa J. Herman served as the Assistant Vice President for Government and Community Relations at Pace University. In this senior administrative role, Vanessa oversaw the University’s Federal, State and local government relations portfolio and was the primary point of contact for the University’s government and elected officials who represent Pace throughout New York State. Vanessa also managed town-gown relations and worked daily to forge meaningful collaborations and partnerships for Pace. Vanessa was one of twelve recipients of the 2018-2019 Pace University Bronze Medal Jefferson Award and she has taught Pace’s innovative UNV 101 for Veterans since Fall 2017.

Vanessa is the President of Millennium Strategies Consulting, a firm she founded in 1999 that provides government, community and external relations services to select nonprofits and political campaigns.

Prior to joining Pace, Vanessa was Director of Government Relations at Applied DNA Sciences, a bio-tech company that utilizes botanical DNA as an added security measure and criminal deterrent to secure the U.S. military supply chain with a unique partnership with the Defense Logistics Agency/Department of Defense.

Vanessa served as the Assistant Director of Governmental Relations at Stony Brook for more than twelve years. Most of this time was spent as the university’s sole registered federal lobbyist where she was responsible for the creation and implementation of the university’s federal legislative agenda. Her accomplishments include securing federal appropriations funds, influencing federal, state and local higher-education policy, and advocating for student aid. She interacted regularly with elected officials and staff at all levels of government to raise the university’s profile and advance its legislative agenda.

Vanessa has served as a Press Secretary, Deputy Press Secretary, Executive Assistant, and Director of Community Relations for United States Senator Alfonse M. D’Amato. In addition to these roles, Vanessa got her start in politics working in Senator D’Amato’s Long Island Campaign Office.

Vanessa has an M.A. in Literature a B.A. in Political Science/ Sociology both from Stony Brook University and an A.A.S. Degree in Criminal Justice from Suffolk County Community College. 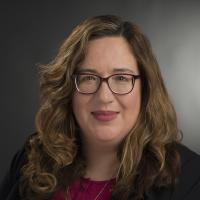 Kristina J. Owens, a RIT Alumna, joined the Government and Community Relations team in January of 2018. Prior to RIT, she was a Biologist for the US Department of Agriculture’s Animal Plant Health Inspection Service for over 10 years. She is also a Returned Peace Corps Volunteer who served in Bolivia as a Natural Resource Consultant.

In addition to her work at USDA and now at RIT, She is an active leader in the Peace Corps alumni community. In 2011 she served as Returned Peace Corps Volunteers of Washington, DC (RPCV/W) Event Manager for three signature events honoring the 50th Anniversary of the Peace Corps. Since then she served on the Board of the National Peace Corps Association.