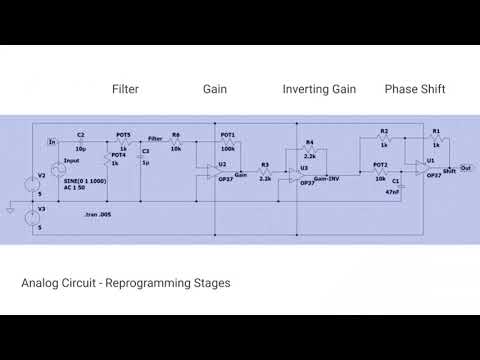 Sandia National Laboratories requested a user-configurable device that will reprogram an analog signal according to various integrated sensors and external digital and analog inputs. The Analog Signal Reprogrammer (ASR) we are tasked with creating is a prototype for use in a laboratory setting and for the eventual design of a more specialized device. The ASR must also be rated for rocket launch and flight environments.

The analog reprogramming circuit is a simple Op-Amp circuit. Resistors, capacitors, and Op Amps are used to perform the amplification, filtering, and phase shifting operations on the analogy signal. To enable the configuration of this circuit, digital potentiometers are used to influence the RC time constants and specific impedance ratios at the gates of the Op Amps. This method provides a good separation of the analog signal from the noise effects of both control and sensor logic.

The reprogrammer is designed around a 200 MHz ARM microcontroller to control the user interface, read from sensors and stimuli, and modify digital the potentiometers embedded at key locations within the analog reprogramming circuit. Our user interface is a simple command-line interface accessed over UART micro USB, from which the user can access system diagnostics and change reprogramming behavior. Ultimately the design is modular in design and function. This solution satisfies the customer requirements and offers room for future specialization and improvement. 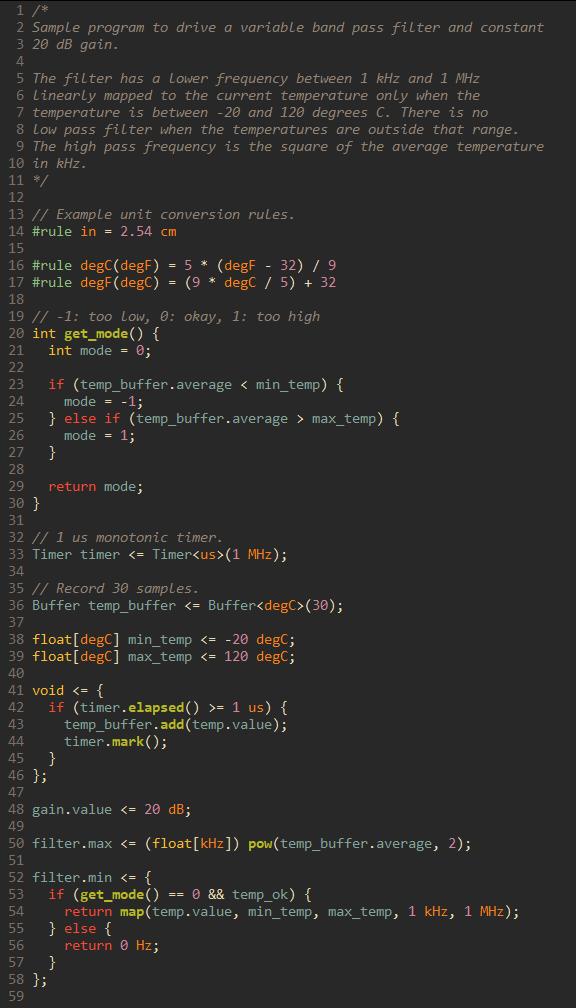