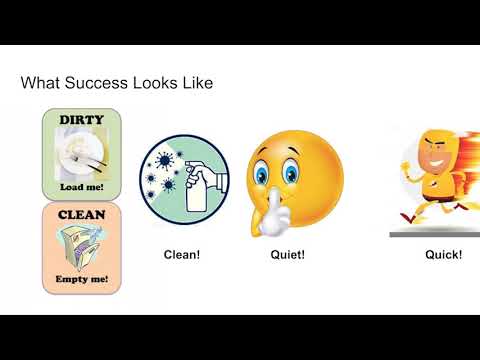 Newborn babies who are born prematurely or with an illness will stay in the Neonatal Intensive Care Unit (NICU), in the hospital. Mothers with babies in the NICU are recommended to provide breast milk for their child, as it provides vital nutrients, enzymes, and antibodies needed for the growth and development of their newborn. Mothers are currently recommended to pump their breast milk between eight and twelve times a day, which becomes difficult pretty quickly. Breast pumps allow mothers to feed their babies and produce milk while they are unable to feed directly from their breasts. Currently, mothers in the NICU have to wash their breast pump parts after every feeding, this takes time and energy. New parents and caregivers in the NICU are under constant stress about the health and safety of their newborn which leaves them little energy to thoroughly clean their breast pump parts after each use. Currently, there are no other systems that clean every part of a breast pump without the need of outside resources such as a scrub brush and microwave. The goal of our project is to create an automated system that will clean and dry the breast pump parts between each feeding.

The automated breast pump cleaning system should meet NICU standards for cleaning, sterilizing and drying the pump parts as effectively as hand-washing, within a 2-3 hour time window. The product should minimize time and effort that the mother would be spending by washing the parts by hand. The cleaning system's new design should minimize the product's footprint, operate quietly, and provide a simple maintenance plan. Key constraints include budget, time (one academic year), and NICU standards.

For our prototype, we have opted to construct a washing chamber with a rotating basket that will hold pump parts as they go through a cleaning cycle. The design of our prototype has been broken down into three main subsystems. These include our mechanical subsystem, fluids subsystem, drying subsystem, and electrical subsystem.

The mechanical subsystem of our prototype refers to the mechanisms that will allow the basket in the washing chamber to rotate. For this design, we opted to use a gearbox assembly and motor shaft to achieve the basket rotation within the washing chamber. Some reasons for going with this design include more consistent rotation, and less noise. Previous iterations developed by past MSD teams opted to use a belt rather than gear system. These systems were often extremely loud and had issues when it came to smooth rotation. That said, our mechanical subsystem still makes noise even with the gear system design. As we are designing this device for an NICU setting, we need to ensure that the device does not produce sound exceeding the noise limit of 45 db. To prevent this from being the case, an aluminum case with soundproofing panels will be constructed around the subsystems of our device. The footprint of the gearbox assembly is also less than the belt driven shaft, allowing more space for fluid and electronic components within the device.

The next major subsystem of our prototype was the fluid subsystem. This is the system responsible for moving and heating water throughout the device. We have opted to use a pump system that will transfer water from a reservoir into the cleaning chamber. The current fluid system features a 5L reservoir that must be filled manually, but the prototype also has the capability to be attached directly to hot water lines, like those found on a sink. Before the water enters the cleaning chamber, it will pass through a heating unit that heats up the water to 145 ℉. Selection of this heating unit was an important step, as it must heat the water up fast enough to satisfy our time related design requirements. Water is then injected into the side of the washing chamber. The device will then go through a series of washing and rinse cycles as it cleans the parts. Once each cycle is done, the water will be drained out of the chamber by another pump. Drainage water is run into a sink drain, removing the need for a drain reservoir that must be emptied.

Initially, there were plans to develop a soap chamber where a cleaning agent reservoir could be integrated into the fluid system, but it was found that pouring the cleaning agent straight into the washing chamber would be easier. After the parts have been washed, the next focus is drying them.

Thus, a drying system was developed. For this system, a fan was inserted onto the lid of our device. This fan would spin along with our washing chamber once all the wash and rinse cycles were completed to circulate the airflow. This accelerates the air drying process. Air intake vents were designed in the lid to maximize airflow. The spinning of the chamber is programmed to reverse direction and run at speeds which minimize the drying time.

All of these systems would be controlled by an Arduino Mega microcontroller. This is an upgrade on the previous team's design as they only used a normal Arduino microcontroller, which has less pinouts. This microcontroller will control every step of the process, from feeding the mosfet's gate voltage to open the channel, to feeding the output for the fans and motor pwm signal. The system will also contain a LED screen which will display a timer that counts down until the process is complete.

The main tests that will be carried out on our prototype include bacteria testing using swabs and petri dishes as well as a UV light to visually inspect pump parts cleanliness. A decibel meter will be used to check that the system does not exceed 45 dBs which is the NICU noise level requirement. We will also be using time studies to evaluate the ease of user learning, interaction and maintenance.

At the end of our project, we plan to hand off a finished prototype that our customer will be able to finalize and put in production.