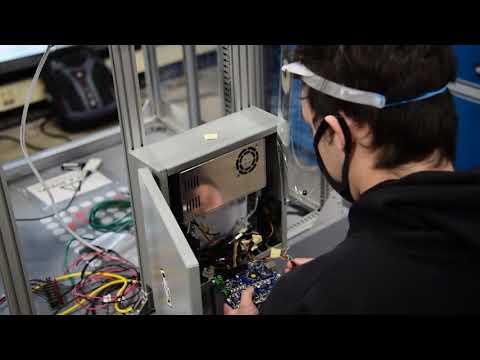 We are team P21603, a multidisciplinary senior design team in the Kate Gleason College of Engineering. We're working with AMPrint center at RIT to create a continuous carbon fiber 3d printer extrusion head. What this means is we are making a 3D printer extruder that can print a fiber reinforced thermoplastic composite on a traditional 3-axis 3D printer. This product has grown in popularity due to the incredible properties of carbon fiber and its uses in many industries, such as the aerospace industry. Having the availability to 3d print carbon fiber reinforced thermoplastic would greatly increase the accessibility of such material for many jobs. Currently, there are only two products on the market (that we know of) that provide this product and we are working towards a design that can be created and improved by any 3d printer enthusiast that has the means to construct the extruder themselves.

In our design, our system will include three feeds in total. Two for both the thermoplastic feeds which will be mounted on the frame via a Bowden drive. The other feed channel will be for the fiber feed, which will be using a direct drive mounted on the extruder. Due to the increased complexity of utilizing three feeds over the general one or two, we have had to design and produce a new heating block that will be able to merge the fiber and thermoplastic feeds as they go through. What makes this extruder truly unique over a traditional extruder is the requirement of a cutting system in order to cut the fiber. Our team has found that a solenoid and cutting blade combination is sufficient to cut the fiber effectively and allow continuous printing over a 24 hr period. For Control, we've decided on Smoothieware using a BigTreeTech board. This program is not only among the highest performance 3D printer software available for free, but also allows us to add modular components to the control block without code changes, making the product much easier to pick up and add to in the future.

Our goal is to integrate our own modular design with an existing 3D printer frame using open-source control software to deliver a fully functional Carbon Fiber printer. Along with this goal, we are looking into considerations for integrating the extruder onto a 5-axis printer that can improve precision and complexity of the desired 3d printed pieces. 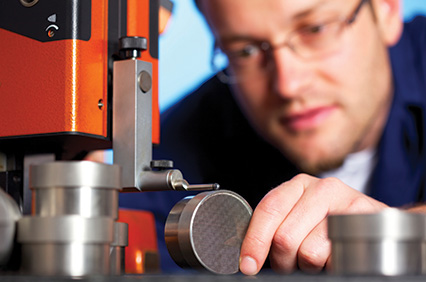