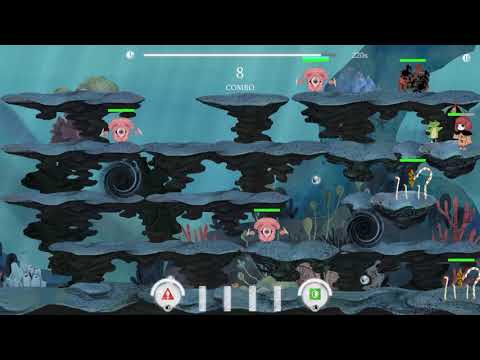 Teams in the MS program in Game Design and Development present games from their 2020-2021 capstone projects. Seven groups of students have contributed to a highlight reel showcasing the breadth of work they have performed. The projects are as follows:

To Carry a Sword: It's About the People Who Need You (We Three Nouns)

Become the guard of a medieval caravan in a journey where the social connections you make are just as important as the money.

Ascend through the ranks of Babushka's vampiric guild of demon slayers as you take revenge for her brutal demise.

Traverse through an underground dungeon, slaughtering monsters that impede your path with devastating power harnessed within your cards.

Steal and sabotage your way to the top of the food chain! Infiltrate and steal signature recipes, all while fulfilling the orders brought to you by the wait staff.

Bit To Beat (From Nothing)

Trapped in a fantasy world conquered by musical monsters, you must fight to the rhythm in this hybrid RPG.

A rhythm platformer, a musical adventure into a bizarre world, with a talking frog puppet as your guide.

Take command of a VR sandbox with an intuitive control scheme to create interactive and shareable teaching scenarios. 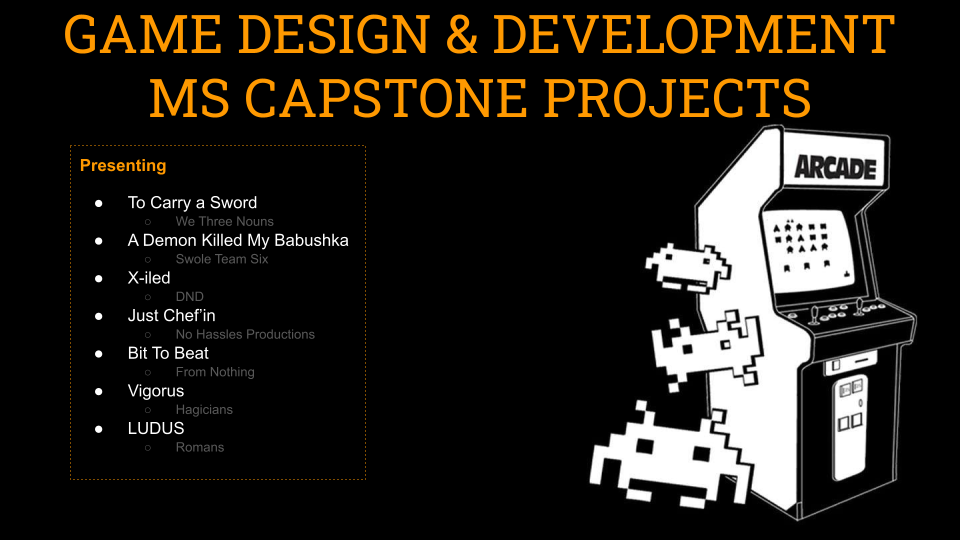