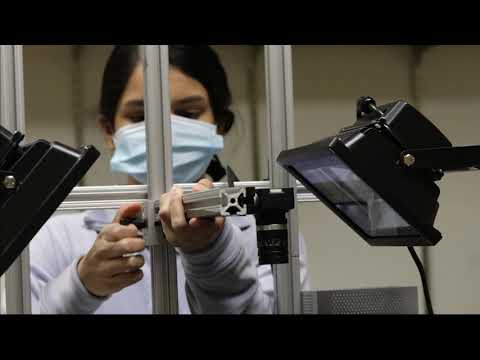 Freshman students spent over a year making a system to reveal hidden text on medieval manuscripts called palimpsests. Palimpsests are parchment documents that had text scraped off or chemically removed and were subsequently written over. The UV Multispectral Imaging System the students created reveals and images this removed text. The students have used the system to discover many palimpsests in RIT's own Cary Collection.

The entire capturing process was coded in Python to be automated. After a few clicks, the system takes pictures with different filters and lighting conditions without any further input from the user.

Python was also used to make a GUI that allows the user to easily modify the images to increase the readability of the undertext. Methods to increase readability include sharpness and principal component analysis.

Two palimpsests from the Otto Ege collection were discovered in RIT's Cary Collection, including a leaf from a French Book of Hours. The leaf previously had French cursive that was removed before it became part of the Book of Hours. 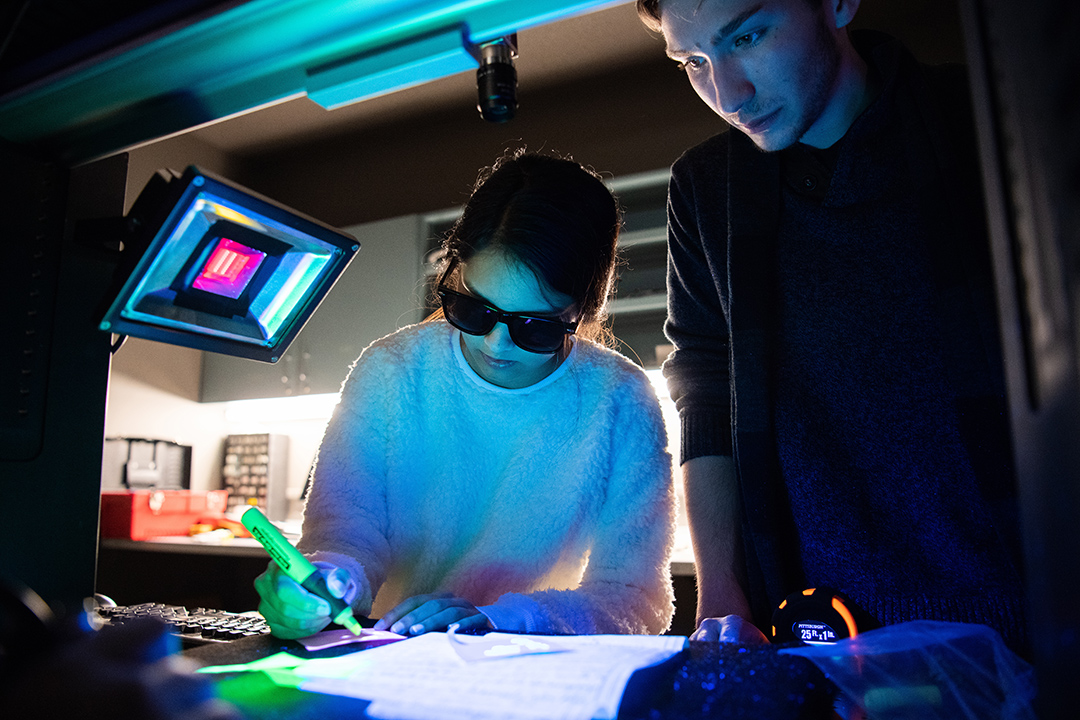 Comparison of a palimpsest imaged in white light and in color (left), and using the UV lights and grey scale camera on the imaging system (right). The image on the right shows French cursive that was removed and written over 500 years ago. This images shows the easy to use image enhancement user interface that is built in to the imaging system. It is used to modify the images taken with the system, making them easier to read. Student placing a glowing filter in to the imaging system's filter wheel. Malcolm Zale, Lisa Enochs and Zoe LaLena are pictured form left to right. Each of these students developed the imaging system and made miraculous discoveries over the past year.