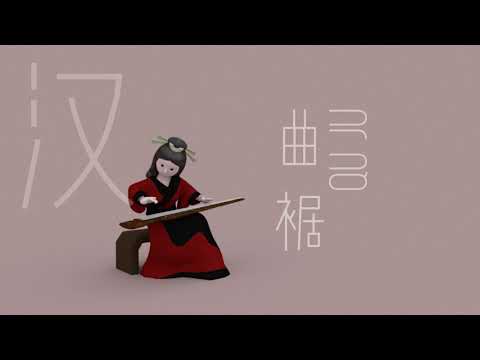 Chinese classical culture has a long history, and the traditional costume culture-Hanfu is a very important part of it. It integrates traditional Chinese aesthetics and historical heritage into all aspects of clothing, from shapes, colors, patterns, fabrics, collocations, etc. , all of which reflect the different aesthetics of the times in Chinese culture. Unfortunately, with the development of the times and some historical issues, Hanfu culture has gradually been forgotten by people. This is not only a great loss for the Chinese, but also a great regret for those foreign friends who want to learn more about Chinese culture. As a fan of Hanfu culture, also as a Visual Communication Design student, I want to use emerging technologies to build a Hanfu - related visual product or system, so as to promote culture, attract young people, and build a sense of cultural pride.

I think that combining Hanfu with digital products to create a Hanfu-style digital assistant is a very creative choice. Just like a friend of yours with rich knowledge of traditional culture, she/he can provide you with suggestions and help with cultural elements in the form of dialogue and interaction in all aspects of life. This product brings traditional culture closer to the daily lives of modern people, and can increase people's interest and understanding of Chinese culture, thereby protecting and promoting cultural things.