GIS Story: Changing how the world talks about remanufacturing 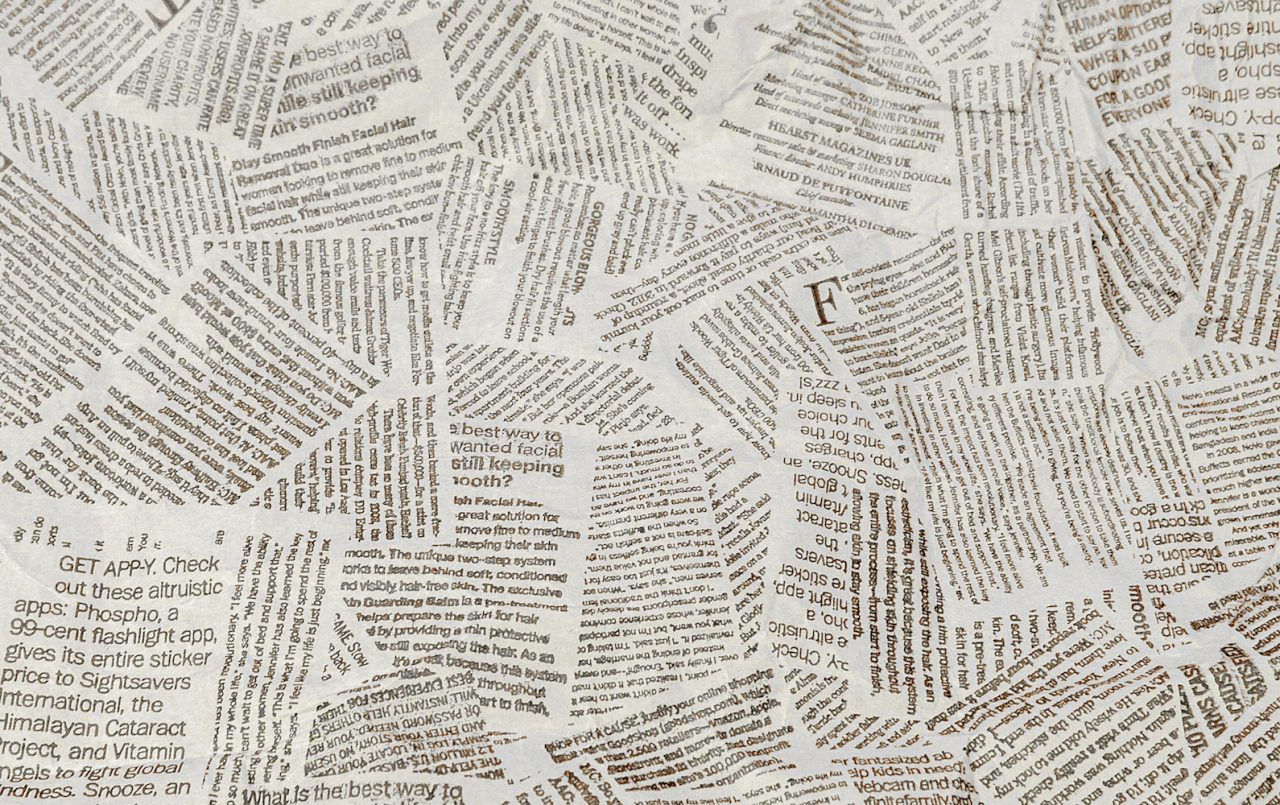 For decades, remanufacturing has struggled to talk about itself.

One reason is that it’s an industry that has evolved organically for more than 100 years, leaving individual remanufacturers to describe what they do and how they do on their own. The result has been a mixed vocabulary for processes and products. Different words are used to describe the same thing. The same word is used to describe different things. Processes that are not technically remanufacturing are incorrectly given the “reman” label. If this has led to some confusion within the industry, it has confused the world outside of remanufacturing tenfold, causing consumer misperceptions, harmful trade policies, and roadblocks to assuring consistent quality.

But the most negative outcome has been the degree to which the potential of the remanufacturing industry as a whole has been hindered by this loose use of terms. That’s why advocates for remanufacturing have taken important steps to solve this long-standing barrier to the industry’s wider success.

Standardizing remanufacturing in the U.S.

In 2015, the Remanufacturing Industries Council (RIC) moved to create the industry’s first standardized specifications. RIC’s goal was to represent as broadly and deeply as possible remanufacturing as a whole. This was no simple task—terminology and processes vary not only between sectors but between companies, too.

Take the aerospace industry, which accounts for one of remanufacturing’s largest sectors. A newly manufactured aircraft landing gear, for example, is sold for between $2–8 million, while an overhauled one costs just 10–20% of that price. The term “remanufacturing” is never used within this sector. Instead, companies refer to a broad set of processes known as “maintenance, repair, and overhaul (MRO)” to describe the return of assets to a new condition. MRO terminology and practices are set by the U.S. Federal Aviation Administration (FAA). The FAA’s definition of overhaul and rebuilding bears some resemblance to how many define remanufacturing—it is a product that “has been disassembled, cleaned, inspected, repaired as necessary, and reassembled,” according to the Code of Federal Regulations (14 CFR § 43.2 – Records of overhaul and rebuilding).

Caterpillar Inc. is the world’s leading manufacturer of construction and mining equipment, diesel and natural gas engines, industrial gas turbines, and diesel-electric locomotives. The company has cultivated trust with its customers and dealers by ensuring the utmost quality of their remanufactured products. Dealers return used iron (core) to Caterpillar where it is cleaned, inspected, salvaged, and remanufactured to original factory specifications using state-of-the-art salvage techniques, strict reuse guidelines, and advanced remanufacturing processes. Customers receive remanufactured products with same-as-when-new performance, durability, and warranty at a lower cost than buying new.

John Deere, a respected, global remanufacturer of parts and components for its agriculture and construction equipment, has also taken a similar approach. The company differentiates components remanufactured in its own remanufacturing factories from those returned to use by one of its certified dealer locations. The John Deere Powertrain ReLife Plus program, a machine-rebuild program, uses a unique term—ReLife—to describe how additional service life is obtained from a machine by replacing the powertrain components with remanufactured or dealer-rebuilt components.

RIC’s goal was to give companies like Caterpillar and John Deere a consistent language for talking about their remanufacturing business and, most importantly, for communicating the high-quality of their remanufactured goods. The first step RIC took to do this was to create a consensus body that represented the industry as broadly and deeply as possible. Forty-two members joined the group, representing companies, trade associations, and academic institutions. Eleven of the members were existing RIC members, while the remaining 31 were not. Altogether, the group represented ten different industry sectors.

The first version of the standard was drafted by RIC. The writers referenced 44 different definitions of remanufacturing from various sources, including technical dictionaries, journals, industry association publications, and in-house documentation from leading companies. It was completed in April 2015 and went before the consensus body. Over the course of nearly two years, regular meetings were held to discuss revisions to the document and two public comment periods were conducted to get as much feedback from practitioners as possible. A final version was approved by vote in January 2017.

– RIC001.1-2016: Specifications for the Process Remanufacturing

The American National Standards Institute (ANSI) approved the standard later that year, marking the first ever of its kind for remanufacturing. RIC001.1-2016: Specifications for the Process Remanufacturing sets down a precise definition of remanufacturing as a “comprehensive and rigorous industrial process.” It provides a much-needed foundation, as well as standards with which to ensure that anything called remanufactured actually is remanufactured.

The ANSI standard sets an unprecedented benchmark for remanufacturing within the United States. Yet the industry’s name problem extends far beyond the U.S. border. An internationally applied standard is needed, which is why the RIC is currently pursuing an international standard through the International Organization for Standardization.

Policymakers use the terms available to them (i.e., those used by industry) to categorize and classify a variety of products. If they are confused on what those are when it comes to remanufacturing, so too are their policies. The words they use, therefore, have a real impact on the global availability of remanufactured goods and cores. But history matters, too, and the past fifty years of globalization have made it even more confusing for officials regulating trade between the world’s leading economies.

The developed world, led by the United States, had become accustomed to sending material waste—including plastic, metal, glass, and broken equipment and components—to China. The U.S. alone sent 279 million metric tonnes of scrap to China over the past quarter century. At the time, its industrial economy was burgeoning and it welcomed the cheap flow of resources. But now, as the second largest economy in the world, China has a different attitude, and in 2018 banned the off-loading of waste from the U.S., the European Union, and Japan. In the wake of that policy, Chinese officials have set in place strict criteria for what can enter its market. Any product that does not seem new and of top consumer quality is blocked from entry. The result? Products and industrial equipment that are remanufactured are treated as junk. Likewise, any shipment of cores for remanufacture by companies in China is also held.

The example in China is just one case where missing definitions and standards for remanufacturing is seriously limiting the growth of the industry globally. And this matters. Since remanufacturing works within a circular economic model, the trade of post-consumer resources between countries is critical. It’s rare that a remanufacturer has everything it needs within one country, including cores, facilities, labor, and customers.

When it comes to resource recovery, it doesn’t take long to think of words that begin with “re-”: restoration, repair, reuse, and refurbishment among others. The differences between each of these can seem subtle or inconsequential from the outside, which may explain why they are so often used interchangeably with one another and, especially, with remanufacturing.

A 2018 report by the United Nations International Resource Panel (UN IRP) addressed this ambiguity through a new concept: value retention processes (VRPs). The report examines recycling, reuse, refurbishment, and remanufacturing within their appropriate industrial contexts, evaluating their total contribution to a circular economy. Having a conceptual framework helps to organize our understanding of the most well-known and most commonly confused forms of resource recovery, while at the same time distinguishing what’s unique about remanufacturing as an industrial process.

RIC and Rochester Institute of Technology (RIT) jointly hosted the third annual World Remanufacturing Conference. More than 140 attendees traveled from across the globe to Rochester, New York, bringing together perspectives from across—and beyond—the remanufacturing industry. A common theme throughout the presentations and follow-up discussions during the two-day event was the need for an international standard definition and terminology for remanufacturing.

John Disharoon, director of market access at Caterpillar Inc. and Chairman of the RIC, led a panel discussion addressing this issue directly. He opened the talk with an activity, giving participants a series of definitions taken from existing English-language manuals and documents used by U.S. and European companies and governments to categorize products. They then had to match each to the correct process being described, either recondition, overhaul, refurbish, repair, or reuse. These terms are often used interchangeably with remanufacturing, but often incorrectly. Below are three examples of definitions he shared.

Each of these definitions, surprisingly, describe the same thing: repair. The first (a) is from a proposed 2016 rule by the U.S. Food and Drug Administration (Docket No. FDA-2016-N-0436), the second from the Code of Federal Regulations of the United States of America (16 CFR § 260.13), and the third from the publication Maintenance, Repair and Overhaul (MRO) Fundamentals and Strategies: An Aeronautical Industry Overview. The exercise showed how easy it is for a border official to wrongly label remanufactured products or cores entering a country.

Other speakers, such as Stuart Davis, senior account manager at SRC Logistics, stressed the need for remanufacturers to partner and collaborate to create an environment for standardization. But it’s not just industry that needs to be active, government leaders and policymakers should also be part of the conversation. New York State Lieutenant Governor Kathy Hochul gave the conference’s opening address, highlighting that legislators are critical to nurturing a better environment for remanufacturing through consumer education and outreach, not to mention better trade policies.

Remanufacturers are eager to clear non-technical barriers in order to capitalize on the growth of investment in sustainable and resource-efficient production methods. They want to strike while the iron is hot, growing the market share for remanufactured consumer goods and supporting a transition to a circular economy. After all, it’s a form of production that can deliver an incredible return on investment, reducing the amount of new material needed for production by 80–98% when compared to traditional manufacturing.

Momentum is gathering as companies, trade associations, researcher organizations, and government leaders work together to define and standardize the remanufacturing industry. But they’re looking to the future, too, with plans for a certification program and ongoing market research to support trade-policy recommendations.