CJ was born in St. Louis, MO, one of seven hearing children born to Deaf parents who communicate in American Sign Language. At age 7 he was struck very ill with spinal meningitis, and consequently lost his hearing. After he became deaf, he attended Missouri School for the Deaf (MSD), which teaches in his native American Sign Language.  After his illness, CJ’s residual hearing was too good to qualify for MSD.  So his deaf father, Clarence, fought the MO school system to get CJ a place in the all deaf school.  In this communication rich environment he flourished from a shy hearing boy into a deaf leader.  He was class president, a cub scout, varsity football quarterback, a state pole vault record holder, and voted class valedictorian.

CJ played Joseph in the 2017 summer hit  "Baby Driver", directed by Edgar Wright and co-starring Ansel Elgort.  This role made CJ the first black deaf actor in an international blockbuster. Also in 2017 he played Uriah, a leading role, in the indie horror film "Door in the Woods" directed by Chase Goforth. Soon you can see him as Odin in "Castle Rock", a HULU Original production written by Stephen King. CJ is thrilled to be working with the brilliant James Cameron on the Avatar Sequels.  CJ will be seen this season of United Shades of America with W. Kamau Bell.

CJ never sits still.  He has developed 3 one man shows that have toured the US, Japan, Sweden, Australia, Ecuador, and Canada. He co-wrote and directed 6 classic fairytales for children’s television, a series called “Once Upon A Sign”. CJ produced the International Sign Language Theater Festival, which hosted theater artists from all over the US, Russia, and Mexico.  CJ’s perseverance and talent make him ready to tackle any role.

CJ  is a legend in the deaf world, acclaimed for his humor and inspiration. He has done it all: TV, movies, educational films, and theater.  He has toured with his stand up comedy all over the world. He continues to use his never-ending passion in acting, producing, and directing to give back to the deaf and sign language community. 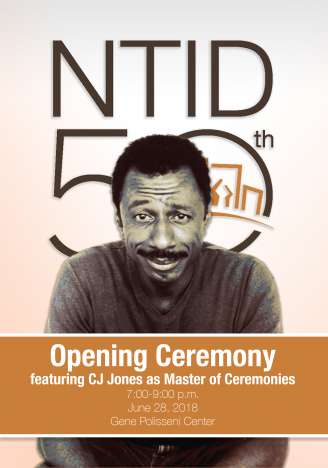