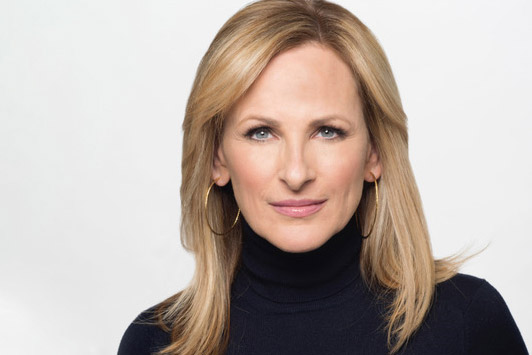 Actress, author and activist Marlee Matlin will be speaking at RIT/NTID on Dec. 5 as part of the Lyon Memorial Lectureship Series.

Award-winning actress Marlee Matlin will be the featured presenter at Rochester Institute of Technology’s National Technical Institute for the Deaf on Thursday, Dec. 5, as part of the college’s Edmund Lyon Memorial Lectureship Series. The event, which is open to the public, will be held at 7 p.m. in Panara Theatre, Lyndon Baines Johnson Hall, on the RIT campus.

Matlin will present on the topic of addiction and recovery, based on her 2009 book I’ll Scream Later. Her talk is one of several events celebrating the 40th anniversary of RIT/NTID’s Substance and Alcohol Intervention Services for the Deaf. A question-and-answer session will follow Matlin’s remarks.

Matlin won the Academy Award for Best Actress for Children of a Lesser God in 1987, and to date is the only deaf performer to have won an Academy Award. She has appeared in many popular television series such as Dancing with the Stars, Switched at Birth, Quantico and The L Word, among others.

Named for noted Rochester manufacturer, inventor, humanitarian and philanthropist Edmund Lyon, the Lyon Memorial Lectureship Series brings presenters to campus whose expertise and scholarly contributions stand on the cutting edge of advancement in the education and career success of deaf persons.

Tickets for Matlin’s presentation are $5 and can be purchased through the RIT Box Office. The event is not recommended for children under 13.