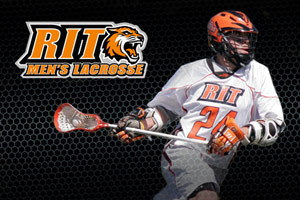 The RIT men’s lacrosse team, which won its second straight Empire 8 title this year, received a first round bye and will play host in the second round of the NCAA Division III Men's Lacrosse Championship on Saturday, May 14 at 1:00 p.m. at RIT Field. The Tigers enter the tournament 17-0 on the season.

RIT, ranked second in Division III poll, will make its 13th appearance in the NCAA Tournament and second in as many years. The Tigers have made four trips to the national semifinals, the last coming in 1999. The 17 wins by RIT in 2011 is a program record. The Tigers are 24-1 in their last 25 games and are one of two teams in all of Division III that remain undefeated.

The winner of Saturday’s game will advance to the national quarterfinals, which will take place on Wednesday, May 19 at an on-campus site to be determined. For more information visit: www.ritathletics.com.