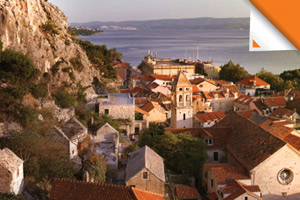 Known today as a young central European nation, Croatia has a long history of cultural and political influence dating back to the Roman Empire. Both the Kingdom of Croatia and the Republic of Ragusa, centered around the Croatian capital of Dubrovnik, were centers of European trade and culture during the Middle Ages.

In 1997, the American College of Management and Technology opened in Dubrovnik. A branch campus of RIT, ACMT is the only dually accredited private educational institution granting both Croatian diplomas and American degrees accredited by the New York Middle States Association of Colleges and Schools. About 400 students are currently enrolled at the Dubrovnik campus. A second branch of ACMT opened this fall in the Croatian capital city of Zagreb and joins RIT’s other international campuses in Dubai and Kosovo.