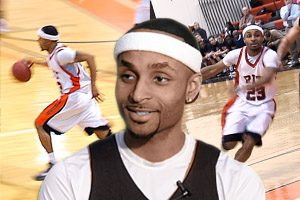 Episode 9 of RIT SportsZone goes one-on-one with men’s basketball player Anthony Terry. The Rochester native made a significant impact on the program this season after transferring to RIT in the Fall.

SZ was also there for the overtime thriller between RIT and Air Force, as Wayne Wilson’s squad pursued its third Atlantic Hockey regular season title in the last four years.