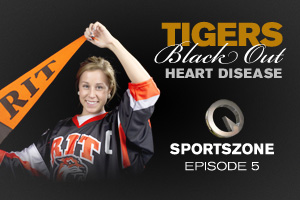 Also, SportsZone was granted an all access pass to follow Senior Men’s Hockey Forward Mike Janda on game day. Join SZ as we tail this Tiger before, during and after RIT’s 4-1 victory over Bentley.