Massimo and LeIla Vignelli collectively produced a vast quantity of excellent work in a wide variety of influential media. Both were brilliant designers in their own right.

Both Massimo and Lella were educated architects and they collaborated in two ways: Massimo concentrated on what he called the 2D, and Lella handled the 3D. Massimo was the visionary: ‘I talk of feelings, possibilities, what a design could be.' Lella, the pragmatist, described her design process as being focused on “... feasibility, planning, what a design can be."

Although they collaborated regularly, Massimo's passion included graphic design and Lella's family tradition and training were in architecture. They came to the United States in 1957 and Massimo co-founded the company Unimark in 1964. In 1972, the Vignellis formed Vignelli Associates in New York City.

The Vignelli commitment to the correctness of design took their work beyond the mechanical exercise of devising a form best suited to a given function. They always understood that design itself, in the abstract, could and should be an integral part of function. More than a process and a result, design — good design — is an imperative.

In his book, The Vignelli Canon, Massimo provides a glimpse into his understanding of good design, its rules and criteria. Massimo also published a book, Designed by: Lella Vignelli, featuring the work of his wife, Lella, to celebrate 50 years of their partnership. 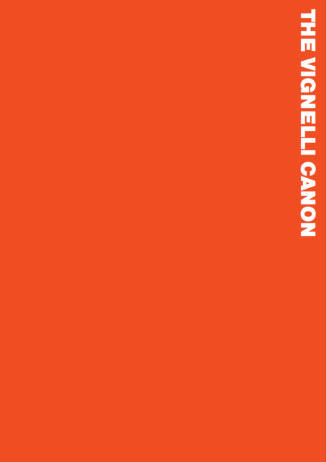 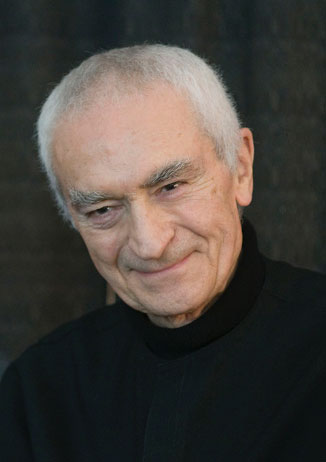 Strongly influenced by nearby Switzerland, the city of Milan was a dynamic graphic design environment. Massimo expanded his professional interests from architecture to include graphic design. Max Huber was an especially important influence for Massimo.

By 1965, having emigrated to the United States, Massimo co-founded the Unimark International Corporation. In 1971, he and Lella opened Vignelli Associates. Seven years later they founded Vignelli Designs in 1978. Many of Massimo’s landmark projects are now archetypes in the history of design, namely, the corporate identity program for American Airlines (1967), the graphics program for the United States National Park Service (1977), the design of St. Peter's Church in New York (1977) and the original subway map for New York Metropolitan Transportation Authority (1970).

His speaking and writing have helped spread his Modernist aesthetic through a series of books especially design:vignelli (1990). Lella and Massimo Vignelli: Design is One (2004), Vignelli: From A to Z (2007) and The Vignelli Canon (2010).

Many permanent museum collections include Vignelli design, including the Museum of Modern Art, the Metropolitan Museum of Al, the Brooklyn Museum, the Cooper-Hewitt Museum in New York, the Musee des Arts Decoratifs in Montreal and Die Neue Sammlung in Munich.

Massimo received many awards including an honorary doctorate from Rochester Institute of Technology, inclusion in the New York Art Directors Club Hall of Fame in 1982, AIGA Gold Medal, the first Presidential Design Award in 1975, and the Medalist Award from the Architectural League in 2010. Exhibitions of Vignelli's work have been shown internationally. The major exhibit titled “Design:Vignelli” toured Europe between 1989 and 1993.

Professionally Massimo has provided leadership for the Alliance Graphique Internationale (AGI), the American Institute of Graphic Arts (AIGA) and The Architectural League. Several feature length films and videos have been produced documenting the Vignellis and their design work. Among these are works by John Jacobson, Roberto Guerra and Kathy Brew. Their latest video “Design is One” released in 2012.

Massimo Vignelli passed away in 2014. 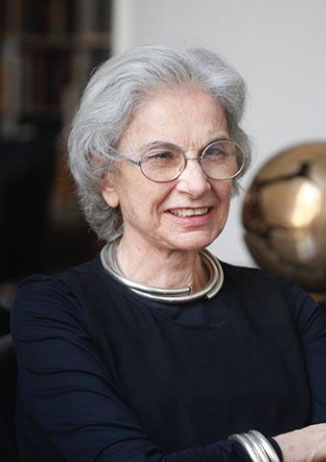 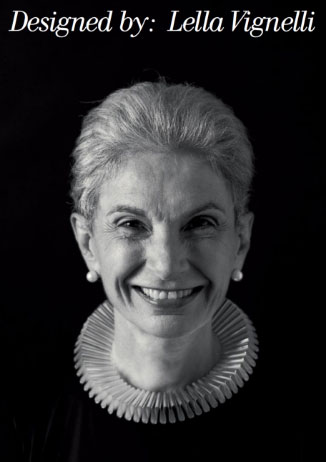 Lella Vignelli was born in Udine, Italy, in 1934. She received a degree from the School of Architecture at the University of Venice and became a registered architect in Milan in 1962. In 1958, Lella received a tuition fellowship as a special student at the School of Architecture at MIT. Lella then moved to Chicago and joined Skidmore, Owings & Merrill in 1959 as a junior designer in the Interiors department. The following year, with Massimo Vignelli, she established the Vignelli Office of Design and Architecture in Milan. In 1965, she became head of the Interiors department for the Unimak International Corporation in Milan and, a year later, in New York. In 1971, the Vignellis established Vignelli Associates, with Lella Vignelli as executive vice president, and Lella later served as chief executive officer. In 1978, the couple formed Vignelli Designs, a company dedicated to product and furniture design, of which Lella later became President.

Lella's work was widely featured in design publications in the United States and abroad. Examples of her work have been included in the permanent collections of numerous museums, including the Museum of Modern Art, the Cooper-Hewitt Museum, the Metropolitan Museum of Art in New York, the Muses des Arts Decoratifs in Montreal, and Die Neue Sammlung in Munich.

In 2003, Lella and Massimo Vignelli received the National Design Lifetime Achievement Award. Lella is also the recipient of honorary doctorates from the Parsons School of Design, New York and the Corcoran School of Art, Washington D.C. She also received the President's Medal from Rochester Institute of Technology, Rochester, NY.

Lella Vignelli passed away in 2016.