Sorry, you need to enable JavaScript to visit this website.
Center for Geographic Information Science & Technology

This page provides outreach for all products created by NSF REU student cohorts.

Project Lily Pad is a Serious Geogame developed over Summer 2018 with the purpose of teaching spatial thinking in terms of disaster resilience. The game is set in the city of Dickinson, Texas, where Hurricane Harvey made its presence on 30th August 2017. Day 1 of the game requires the player to think spatially in unfamiliar territory and navigate using instructions and a paper map to drop off supplies. In Day 2, the player plays as a Cajun Navy officer, (Cajun Navy are an informal group of rescuers from Louisiana and adjacent areas who helped in the hurricane scenario) rescuing people and dropping them off at locations that have elevation, resources and are recognizable as landmarks, coined as “Lily Pads”.

The game was developed integrating Geographic Information System (GIS) which was achieved by navigating and transferring data from Open Street Map to ArcGIS to CityEngine to Unity. The elevation model and flood data was used to model the city and recreate the game with almost real life accuracy.
This game is targeted to all audiences as every citizen should be aware of disaster resilience with respect to flooding or hurricanes. We hope the game can set a framework for many such games in the future as well as play an important role in preparing people better for disasters in the future.

See link below to download and play Project Lily Pad which is bundled together with the Project EOC game. 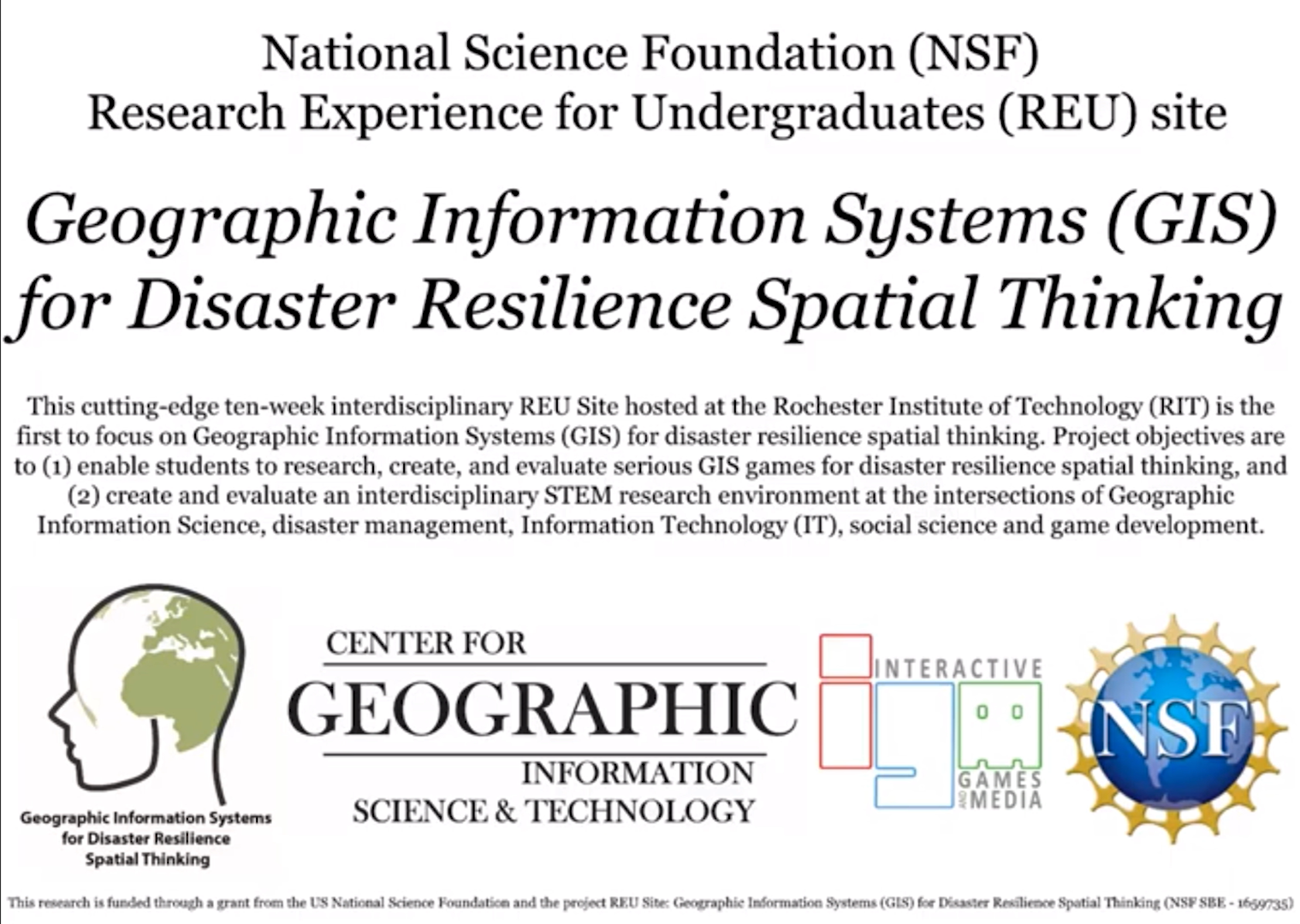 In this student-made video, REU students describe research experience gained through development of a serious GIS game called Project Emergency Operations Center (EOC) based on events from Hurricane Harvey. The REU students visit the actual places in Galveston County, Texas that are included in the Project EOC game during a November 2019 field visit to Galveston County. The students had less than 24 hours to film various sites associated with the game and produce this video as an exercise in conducting a video hackathon. 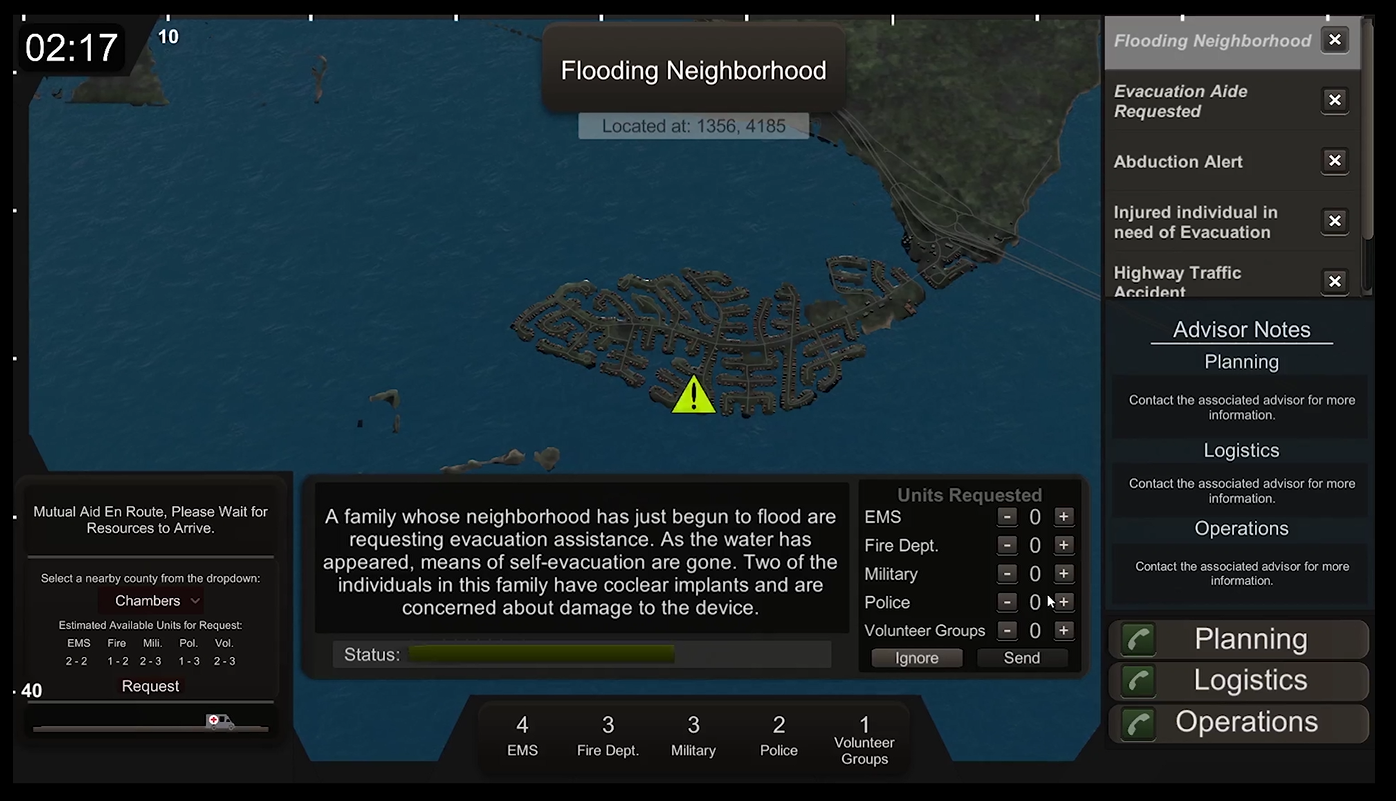 3. After downloading, unzip and click NavigateDisasters.exe to start the game.

The website above also has the source code for the two games.

This research is funded through a grant from the US National Science Foundation and the project REU Site: Geographic Information Systems (GIS) for Disaster Resilience Spatial Thinking (NSF SBE - 1659735).