It is important to determine how well speech can be understood at the discourse level. This involves going beyond the intelligibility of the words to the comprehensibility of the message. Barefoot, Bochner, Johnson, and vom Eigen (1993) defined comprehensibility as the extent to which a listener understands utterances produced by a speaker in a communication context.

Comprehensibility encompasses both speech intelligibility and language proficiency, which involves competence with the semantic, syntactic, and pragmatic aspects of language use. Comprehensibility relates to listener effort; how easily can the listener arrive at the speaker's intended message.

Listen to this text. The words can be understood, but it is difficult to comprehend the message.

We assess speaker’s skills producing continuous discourse, defined for our purposes as a story or explanation. In assessing performance, we look at aspects of production that impinge on comprehensibility. 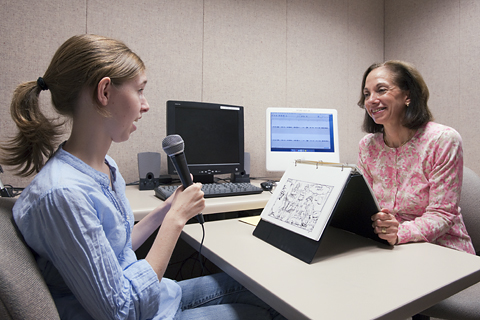