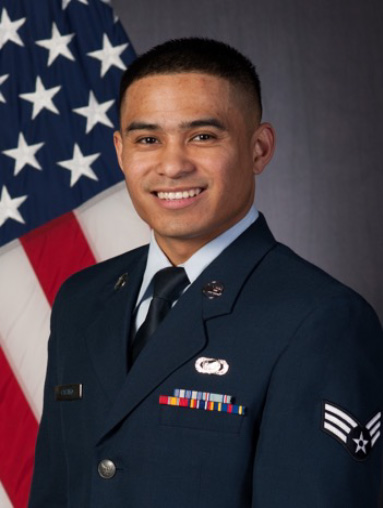 SSgt Castro entered Basic Military Training for the United States Air Force in 2014. Following BMT he graduated Knowledge Operations Technicians Apprentice Course at Keesler Air Force Base, MS. At his first duty station at Hanscom AFB, he served as a Program Executive Office Administrator for the Battle Management Directorate, Air Force Life Cycle Management, providing administrative tasks to 12 program offices. In 2016, he was reassigned to the 66th Air Base Group where he operated as an Executive Services Admin, providing support for the Base Commander, Command Chief, and 23 offices under the Group. In May 2018, he relocated to his next assignment in Vandenberg AFB where he was assigned to the 381st Training Squadron as a Student Actions Administrator. In July 2020, he was assigned to Space Delta V where he became the NCOIC for the Commander’s Admin Section.