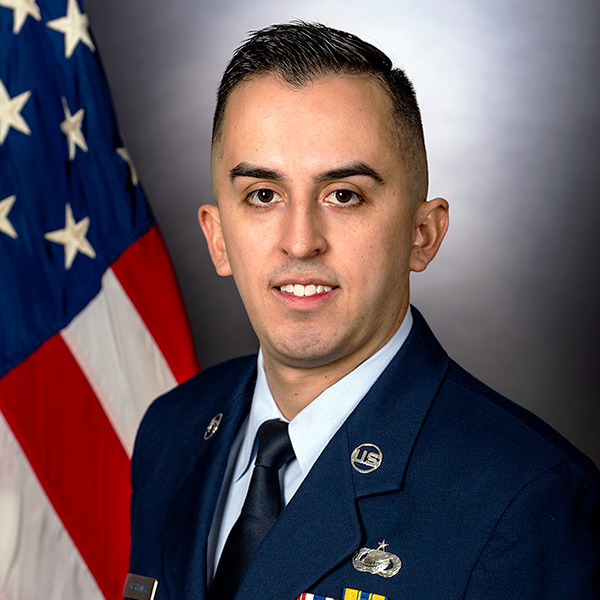 Sergeant Cespedes entered Basic Military Training for the United States Air Force in 2013. Following BMT he graduated Personnel Apprentice Course at Keesler Air Force Base, MS. At his first duty station at Dyess AFB, TX he served as a personnel apprentice and journeyman for the 7th Force Support Squadron. In 2016, he was reassigned to the 7th Civil Engineer Squadron where he managed various personnel programs as a Commander’s Support Staff Journeyman. In June 2017, he relocated to his next assignment to Headquarters Air Force Office of Special Investigations (AFOSI), Quantico Marine Ground Installation, Virginia where he was assigned to the Force Support Squadron as NCOIC, Retentions until he was selected in June 2019 to serve as Command Applicant Recruiting Manager.