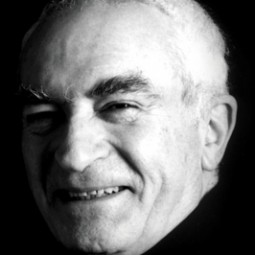 President, Vignelli Associates Massimo Vignelli, born in Milan in 1931, studied architecture in Milan and Venice. Prior to establishing the offices of Vignelli Associates in 1971, and Vignelli Designs in 1978, with Lella Vignelli, he and Lella Vignelli established the Vignelli Office of Design and Architecture in Milan in 1960, and in 1965, Massimo Vignelli became co-founder and design director of Unimark International Corporation. Massimo Vignelli is the co-founder and President of Vignelli Associates and Chief Executive Officer of Vignelli Designs in New York. His work includes graphic and corporate identity programs, publication designs, architectural graphics, and exhibition, interior, furniture, and consumer product designs for many leading American and European companies and institutions. Mr. Vignelli’s work has been published and exhibited throughout the world and entered in the permanent collections of several museums; notably, the Museum of Modern Art, the Metropolitan Museum of Art, the Brooklyn Museum, and the Cooper-Hewitt Museum in New York; the Musée des Arts Décoratifs in Montreal; and the Die Neue Sammlung in Munich. Mr. Vignelli has taught and lectured on design in the major cities and universities in the United States and abroad. For the past ten years he has taught a summer course at the Harvard University Graduate School of Design. He is a past president of the Alliance Graphique Internationale (AGI) and the American Institute of Graphic Arts (AIGA), and a vice president of The Architectural League. Two feature-length television programs on the Vignellis’ work have been aired worldwide. A monographic exhibition of the Vignellis’ work toured Europe between 1989 and 1993, and was featured in St. Petersburg, Moscow, Helsinki, London, Budapest, Barcelona, Copenhagen, Munich, Prague and Paris. Among Massimo Vignelli’s many awards: Gran Premio Triennale di Milano, 1964; Compasso d’Oro, awarded by the Italian Association for Industrial Design (ADI), 1964 and again in 1998; the 1973 Industrial Arts Medal of the American Institute of Architects (AIA); the 1982 Art Directors Club Hall of Fame; the 1983 AIGA Gold Medal; the first Presidential Design Award, presented by President Ronald Reagan in 1985, for the National Park Service Publications Program; the 1988 Interior Design Hall of Fame; the 1991 National Arts Club Gold Medal for Design; the 1992 Interior Product Designers Fellowship of Excellence; The 1995 Brooklyn Museum Design Award for Lifetime Achievement; and The 2001 Russel Wright Award for Design Excellence. He has been awarded an Honorary Doctorate in Architecture from the University of Venice, Italy and Honorary Doctorates in Fine Arts from Parsons School of Design, New York, Pratt Institute, Brooklyn, Rhode Island School of Design, Providence, the Corcoran School of Art, Washington D.C, and the Art Center College of Design, Pasadena, CA, and the Rochester Institute of Technology, Rochester, NY. In 1996 he received the Honorary Royal Designer for Industry Award from the Royal Society of Arts, London. In 2003 Lella and Massimo Vignelli received the National Design Lifetime Achievement Award. In 2004 the Visionary Award from the Museum of Art and Design, New York and the 2005 Architectural Award from the American Academy of Arts and Letters.