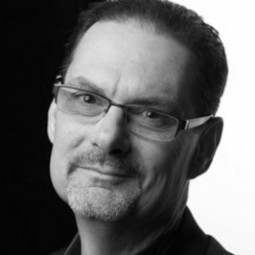 Senior Director, Creative Services and Marketing, CMoG Rob Cassetti joined the Museum in 1999 as manager of education and creative services. He became a director of the Museum in 2001 and was named senior director in 2007. He is responsible for guiding marketing, visitor experience and creative direction for the Museum. Cassetti also leads exhibition design and manages the operation of the Museum’s Glass Innovation Center. During his tenure at the Museum, Cassetti has developed a series of signature programs - including the Museum’s hot glass demonstrations, 2300° events, on-the-road initiatives and GlassLab - that have transformed the public profile of the institution. Prior to joining the Corning Museum, Cassetti worked for more than 10 years as a glass designer with Steuben Glass in New York City. He was named associate design director in 1990. In 1993, he left Steuben to help plan the expansion of The Corning Museum of Glass: a “temporary assignment” that lasted nearly a decade. He led an exhibit development team composed of writers, designers, curators and scientists to plan the Museum's new Glass Innovation Center, an award-winning exhibit, designed by Ralph Appelbaum Associates, New York. From 2002 to 2004, Cassetti returned to Steuben Glass as design director to help facilitate planning and execution of Steuben’s 100th anniversary. Cassetti holds a B.F.A. from Carnegie Mellon University’s College of Fine Arts. His design work has appeared in numerous publications, including The New York Times, Architectural Record, and Architecture. He has spoken widely on museum planning and glass technology, including broadcast appearances on Discovery, National Public Radio, Martha Stewart Living, The History Channel, and PBS. He is vice chair of the Board of Trustees for Museumwise, a New York State museum service organization. Cassetti lives in Trumansburg, NY, where, in his spare time, he holds the office of Village Trustee and serves as Fire Commissioner.