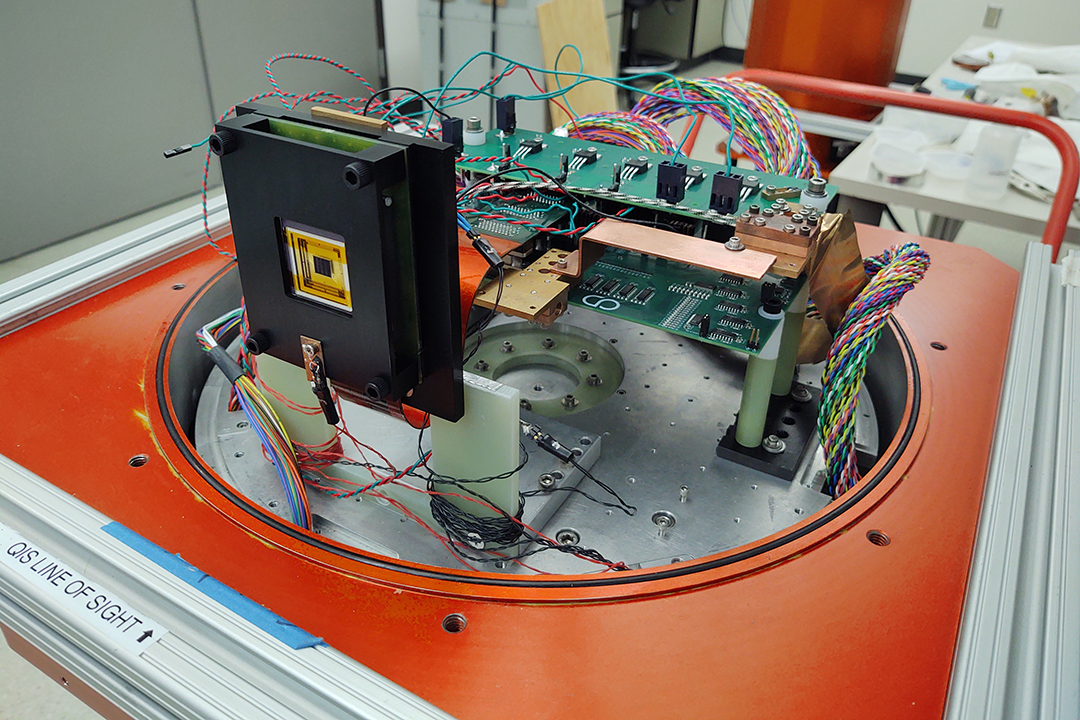 The single-photon sensing and photon-number resolving detector before irradiation, mounted inside one of the Rochester Imaging Detector Lab’s chambers.

The researchers, led by Don Figer, the principal investigator of the grant and director of RIT’s Future Photon Initiative and the Center for Detectors, are testing detectors that can sense individual photons from faint sources such as distant, inhabitable planets. At RIT, they are able to simulate a space environment by using chambers to create a vacuum and cool the device to the cryogenic temperatures it would experience in space. However, outer space is full of radiation that damages electronics, so the researchers need to know how that radiation degrades the performance of the detector.

“When you have a telescope in space with a detector in it, there’s a certain amount of radiation incident upon it,” said astrophysical sciences and technology Ph.D. student Lazar Buntic. “While there are many types of radiation, most of it comes from the sun, which ejects a lot of protons and when they hit the detector, they cause problems. The way we simulate that on Earth is we go into a radiation test facility that has a way to create that radiation and expose our detector to it.” 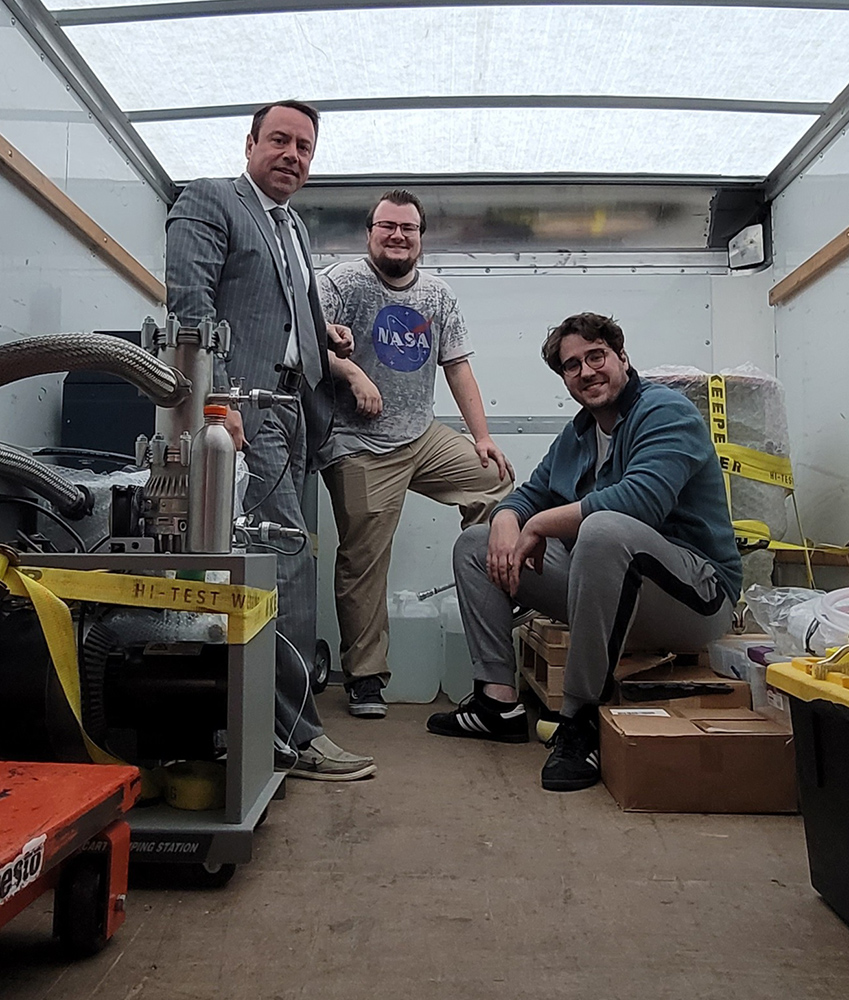 From left to right: Don Figer, Justin Gallagher, and Lazar Buntic loaded their sophisticated equipment into a moving van one Friday in November, made the trip to Boston, and conducted their tests in a dizzying 36-hour span.

Buntic called the facility at MGH one of the best facilities in the world for controlling the energy of protons. While the facility is busy being used to treat cancer patients throughout the week, the RIT team was able to use it during the weekend when the facility allows for third parties to rent the proton beamline. The team loaded their sophisticated equipment into a moving truck on the Friday before Halloween, made the trip to Boston, and conducted their tests in a dizzying 36-hour span.

More than a year before irradiating the detectors, the RIT researchers simulated the solar proton dose the detector would receive for an 11-year mission at the same location as the James Webb Space Telescope. The researchers chose to bombard the device with ten times the simulated dose, stopping at various milestone doses, to understand how the detector’s performance would scale and degrade beyond the expected lifespan of the mission.

“When you are spending billions of dollars for these future space missions, you need to ensure that the technology is ready and going to work,” said Justin Gallagher, lab engineer for the Center for Detectors. “One of those tests is to measure and see the degradation. We need to quantify the decrease in performance in our device in a ‘space-simulated’ environment.”

Gallagher and Buntic, who carried out the tests at MGH, said they were encouraged by the initial results and that the detector appears to be outperforming expectations.