Bringing Our Minds Together as One | April 2017

Newsletter April 2017
Bringing Our Minds Together as One

Three hundred and eighty-eight miles, that is the distance between the Rochester Institute of Technology (RIT) and the Ohio State University (OSU). On March 24, three RIT – American Indian Science & Engineering Society (AISES) students and their chaperone traveled to Columbus, OH for the 2017 AISES Region VI Conference.

Each fall, Native American/Indigenous students from across the globe attend the AISES National Conference. In the spring, regional conferences are held so that students from the same region can come together to connect and find support in one another. This year, native scholars from the University of New Brunswick, Cornell University, RIT, and OSU all gathered on the Buckeye’s campus for this year’s Region VI conference—bringing their minds together as one.

“Bring your minds together as one,” was the theme of the keynote speaker, Joseph W. Connolly (Onondaga). As a member of the Six Nations Iroquois Confederacy, it is a concept Connolly learned from the Haudenosaunee Thanksgiving Address, the Gano:nyok.

Connolly used the Dakota Access Pipeline (DAPL) as an example of “bringing our minds together as one.” The NO DAPL movement brought together the minds of both native and non-native people for the purpose of protecting our earth and protecting native sovereignty. He stated that “when we find key motivators and we come together, we can do great things.”

Connolly, an Aerospace Engineer at the NASA Glenn Research Center, also touched on the significance of community, and stressed the importance for native students to seek out and find that community within their institutions. Connolly spoke on the importance of native scholars being in the room, at the table, and part of the conversation so that the Indigenous perspective is included. 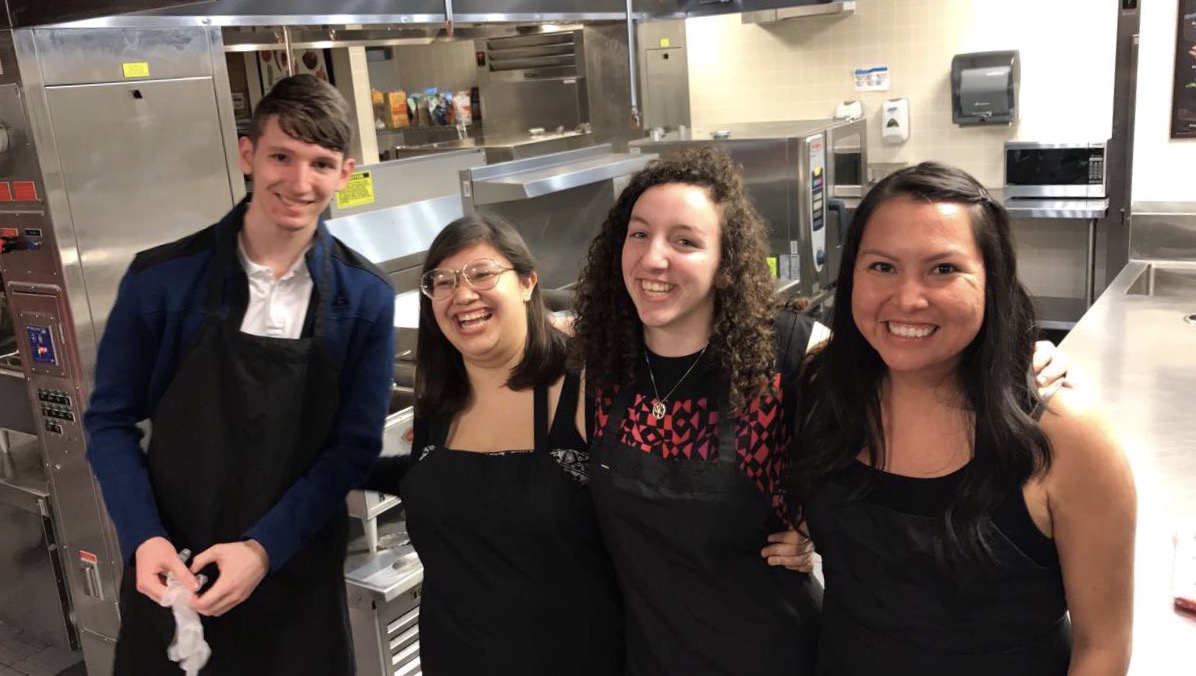 “Personally, I am naturally introverted. I’ve met more native students at RIT through AISES and NASA, by a lot,” said Bradley Loranger, a first- year mechanical engineering technology student. Loranger added that he enjoyed the part of Connolly’s presentation on climate change and the talk about community allowed him to reflect on his experience at RIT.

To end the day, conference attendees gathered in a professional kitchen, where they made frybread and their own Indian Tacos. For some students, it was their first time making frybread on their own. The kitchen quickly filled with laughter, as students eagerly reached for their dough and began stretching out the dough.

The conference brought together students from different cultures, different institutions, and different majors but they found unity in their shared Indigenous perspective and their shared experience as native scholars in higher education. The AISES VI Region Conference brought many young minds together and reminded them that they are not alone. There is a community ready to support them.