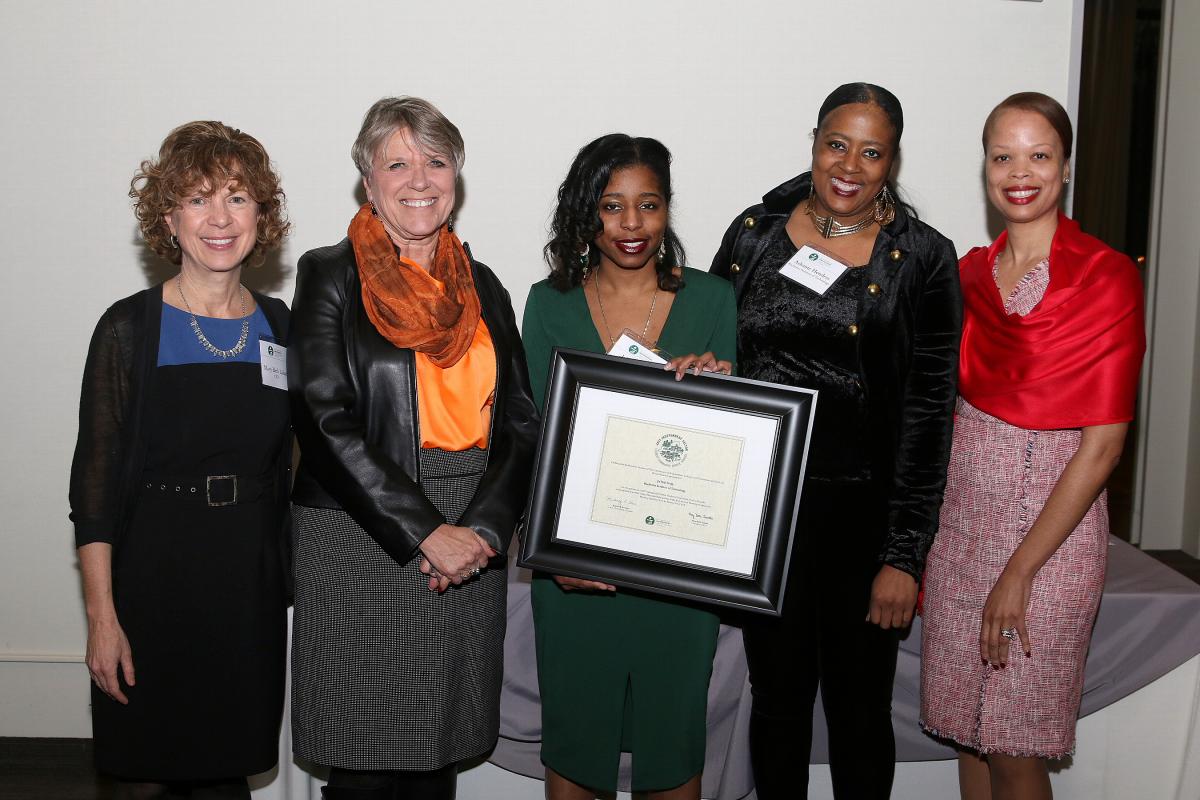 On March 6, 2017 recent College of Liberal Arts graduate, Ja’Nai Gray, was the first RIT student recipient of the award (at the time of her nomination she was at an enrolled status*). The ceremony was held in Albany, NY and attended by both President Destler and Vice-President of Government and Community Relations, Deborah Stendardi.

While attending RIT Ja’Nai was very active on campus and though known well for her role in WOCHA’s ‘Motivational Mondays’, she also participated in McNair Scholars Program, past campus involvement included, but was not limited to: Student Justice of Appeals (Board Member), Peer Mentor (Criminal Justice), HEOP Leap Mentor, Treasurer of Phi Alpha Delta and was MCAS Affiliate. In addition to the award, she also received a $500 H.D. Paley Scholarship and a framed proclamation from 55th Senate District representative, Rich Funke.

Currently, Ja’Nai works for the New York State Justice Center as a Legal Assistant and continues to seek out opportunities to be a change agent in the Rochester community.