“One of RIT’s greatest assets is its diversity, and the more we can embrace and lean into that, the better we will be.”  Those words are from Luke Auburn who received the 2021-2022 Isaac L. Jordan Sr. Staff Pluralism Award last month. It is given by the Division of Diversity and Inclusion, named for Jordan who worked to build communities of inclusion at RIT and recognizes individuals who follow in his footsteps.

Auburn grew up in Rochester’s 19th Ward and in Henrietta. He describes himself as an “RIT kid.” Family values helped shape his outlook on life—and—his life’s journey.  His mother graduated in 1982 with a degree in weaving and textiles and his father spent close to five decades as a technician in the College of Art and Design and College of Science. So it makes sense that he would not only choose to study at RIT, but also work here.

“My parents have always marched to the beat of their own drum, taught me that being unique is important, and encouraged me to seek out people with different backgrounds than my own. They especially pushed me to explore music and art from other cultures. They showed me how to look at the world through a lens of love and positivity,” he says.

He brings those qualities with him as a senior communications specialist in University Communications. His job is to help tell the stories of RIT. His “beats” include the College of Science, RIT’s global campuses and he partners with the Division of Diversity and Inclusion to cover RIT’s diversity, equity, and inclusion efforts.

“I’ve always felt this is such an incredible community because we have people from more than 100 countries, all the richness that NTID brings, and so many brilliant BIPOC scientists, engineers, artists, etc. From my perspective, keeping diversity and inclusion in mind is important because even in a place that is so diverse, it is easy to become complacent and surround yourself strictly with people who look like you, act like you, and think like you. By doing that, you can miss out on other important perspectives and develop a narrow worldview. When that happens, you can’t be the best version of yourself and can end up doing harm to those not represented in your worldview. Promoting diversity and inclusion requires constant thought, active learning, and correcting your own mistakes.”

Auburn’s commitment goes beyond just writing about diversity and inclusion. He actively works to effect change. He helped develop RIT’s Action Plan on Race and Ethnicity, serving on the committee that created the Leadership, Culture and Communications pillar and is now working with others on the Together RIT: Day of Understanding, Solidarity and Racial Reconciliation event. He led a team that created the storyboards placed around the Frederick Douglass statue in the Student Alumni Union and he is on the planning committees for many of DDI’s signature events from the Veteran’s Day Breakfast to Expressions of King’s Legacy.

Auburn has another job title of “parent” to two young children. He and his wife rely on the same “lens” his parents used to help the girls navigate the world. 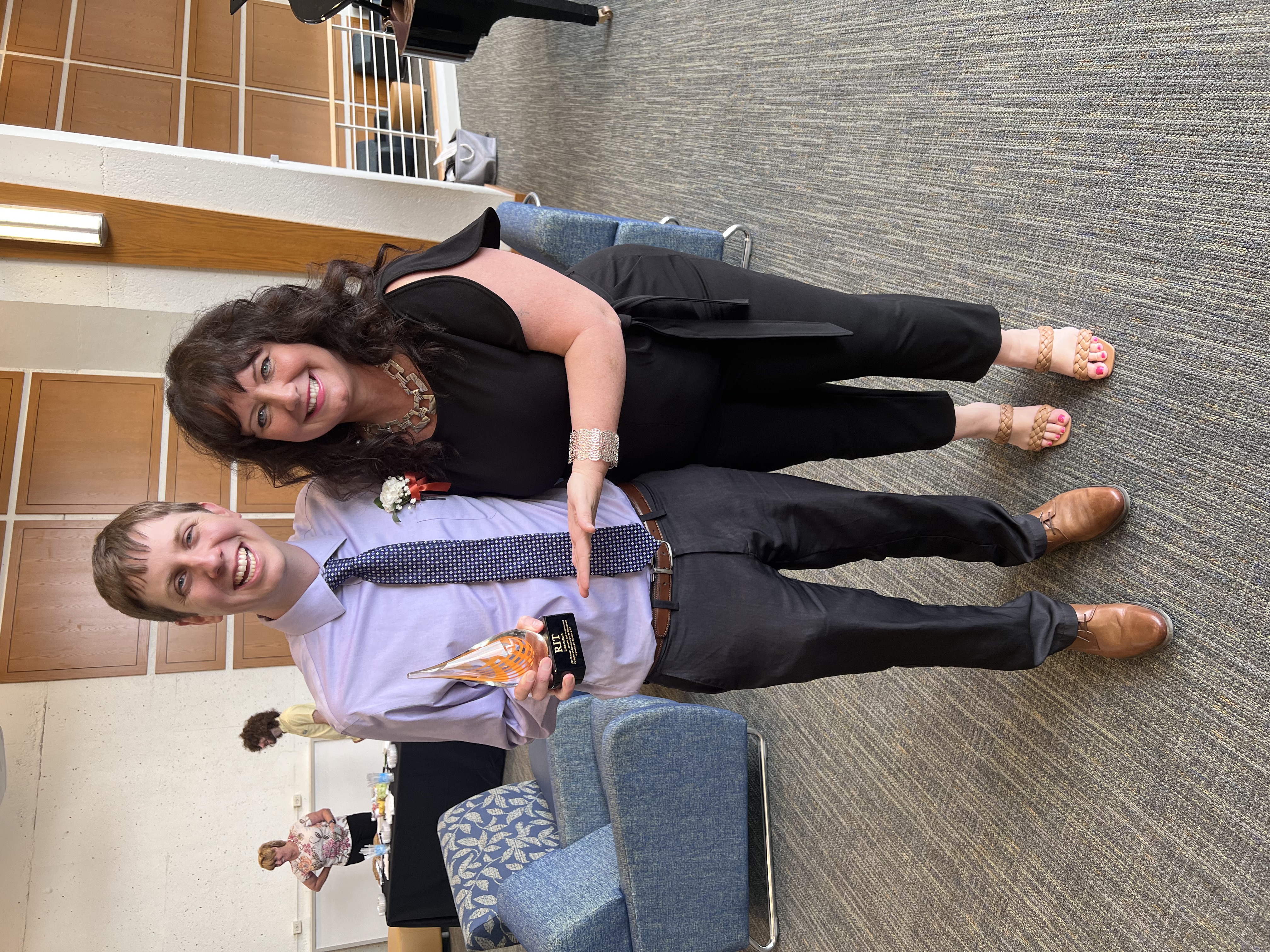 “There is a lot I want for them. I want them to know that a diverse and inclusive society is a better society. I want them to develop important relationships with people from many different races, ethnicities, and cultures. I want them to understand their own privileges and become positive allies for underrepresented and oppressed people. I also want them to beware of the obstacles they themselves will face as women and hope they have every opportunity to pursue their passions and achieve their dreams regardless of their gender or whatever other underrepresented groups they might belong to.”

Auburn received his award March 31st at the Presidential Awards for Outstanding Staff program. He describes it as humbling.

“There are so many staff members at RIT who work hard every day to make the world a more diverse, equitable, and inclusive place, and it is a privilege to play a small part in that collective effort as a storyteller and in other ways. The other nominees for this award are incredible people who have dedicated their careers to advancing pluralism, and just to be listed alongside them is an honor. “