“Thank you for your service” and “Happy Veterans Day”.

Those are the words that greeted some 400 Rochester area veterans and their families as they streamed into the RIT Gordon Field House for the 9th annual Veterans Day Breakfast on Monday, November 11th.

The tribute to veterans began nine years ago. Specialist or “spec 4” Tom O’Conner hasn’t missed one yet. The 82 year old says it’s a chance to reunite with old friends, some who served as he did and some who did not.  O’Conner an RIT retiree, spent four years in the U.S Army, based in Germany during the Vietnam War.

But this breakfast is a first for 81 year old George Snyder and his wife Barb. 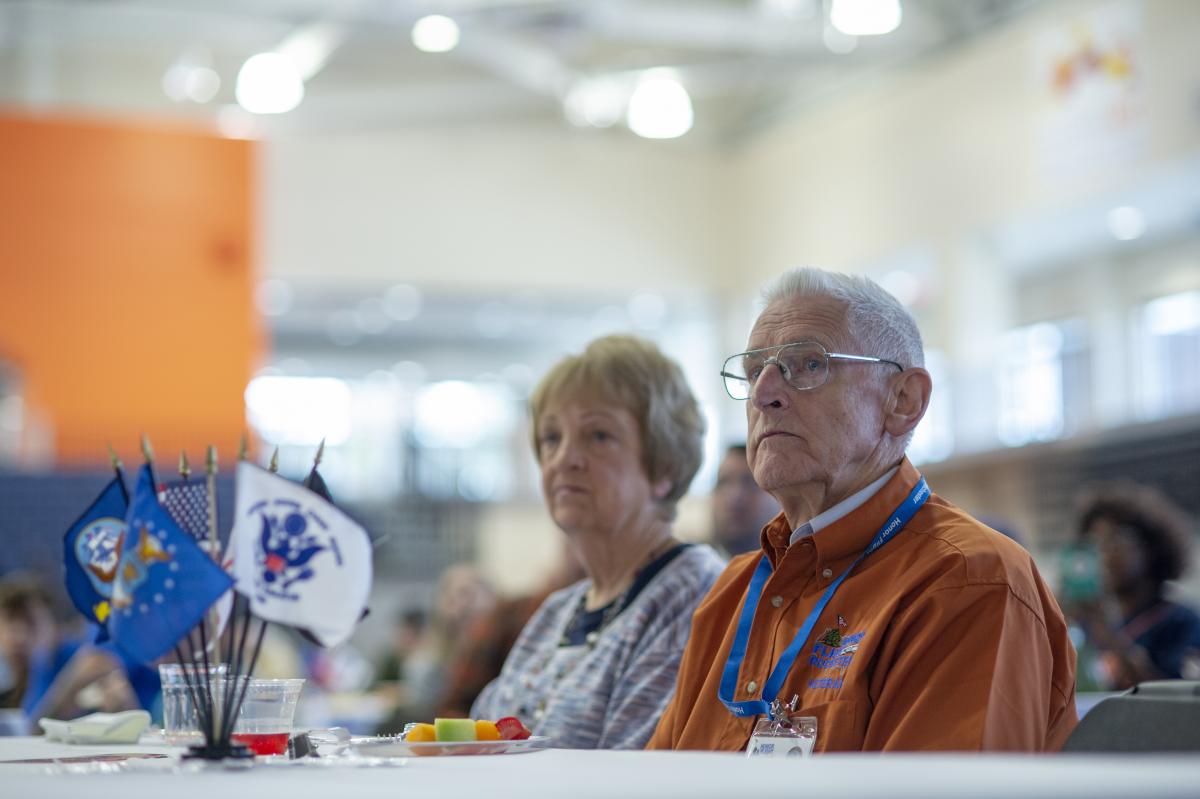 He served in the Army in 1962 and ’63, stationed in France. He just returned from Honor Flight Rochester Mission 66 in June, a Father’s Day gift he says he will not soon forget, just like this breakfast with so many other veterans 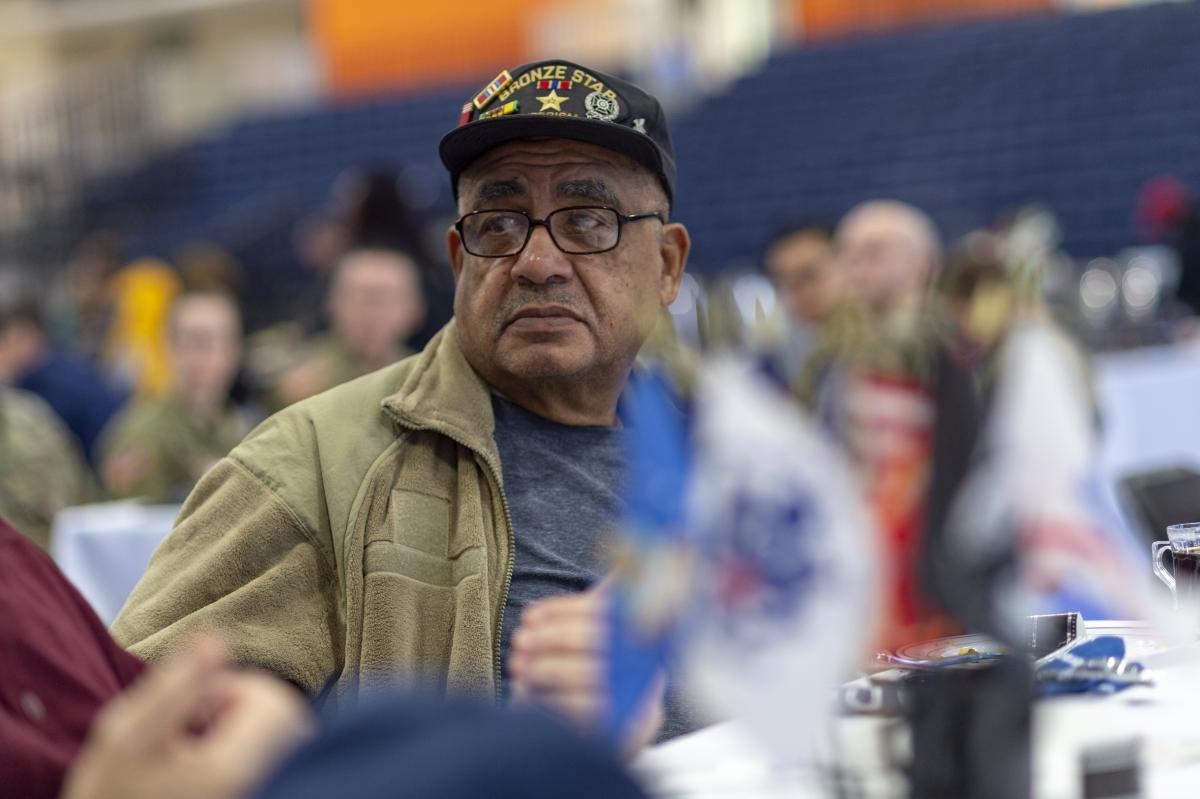 At a table not too far away, three men, representing three different branches of the military reminisce over scrambled eggs, sausage and bacon. One of them, Freddy Bermudez, served in the Army’s 9th Infantry Division in 1967-68 in the Mekong Delta in Vietnam.

He has two Bronze Stars, awarded for distinguished service.

“I saved a couple of friends and stayed with the wounded until they were rescued,” he says, quietly.

Bermudez exemplifies the theme of this year’s breakfast “Service After Service.”  Years after his acts of heroism in battle, Bermudez continues to give back to others. He helps run a food pantry and provides tax and financial services to veterans. 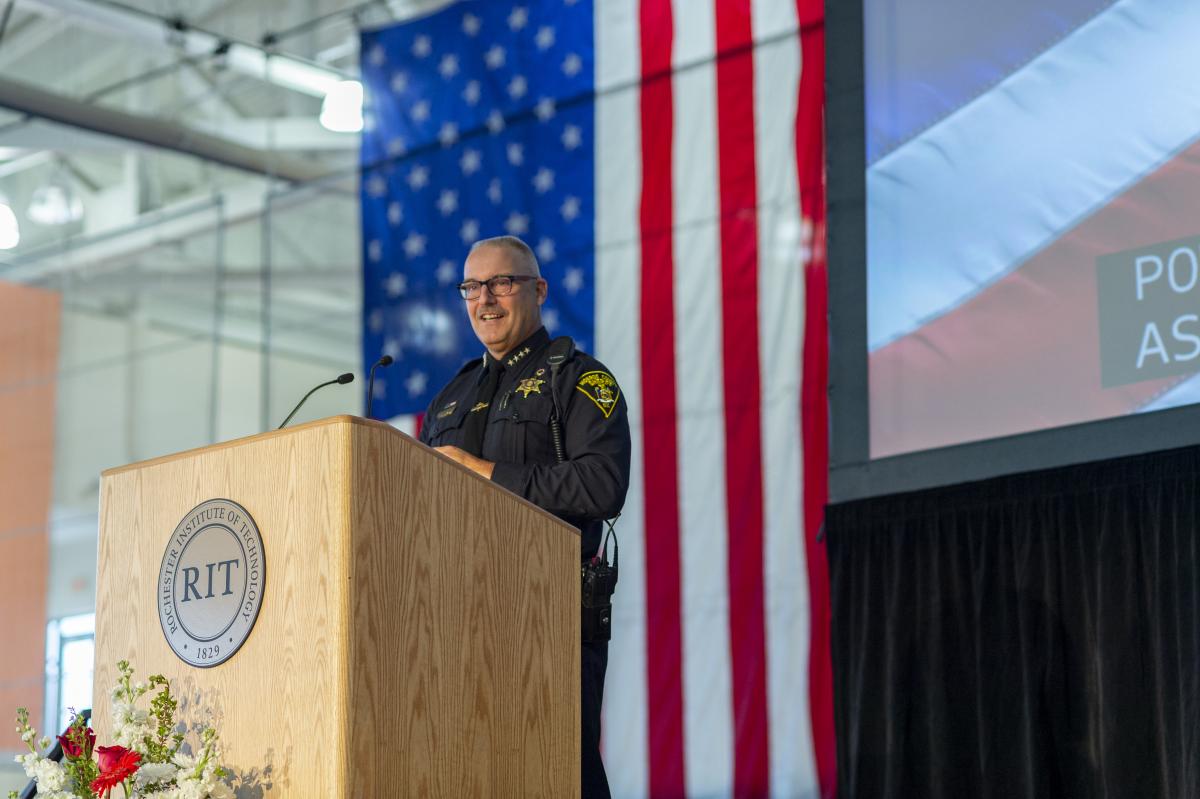 Keynote speaker Monroe County Sheriff Todd Baxter cited a lot of cases where veterans continue to give back. Baxter served in the U.S. Army as a military police officer before beginning a career that spans 30 years in local law enforcement. He is also the former executive director of the Veterans Outreach Center.

“In peace as in war, keep giving back using the skills you picked up, the skills you learned in the military and give it back,” he stressed to those in the audience. 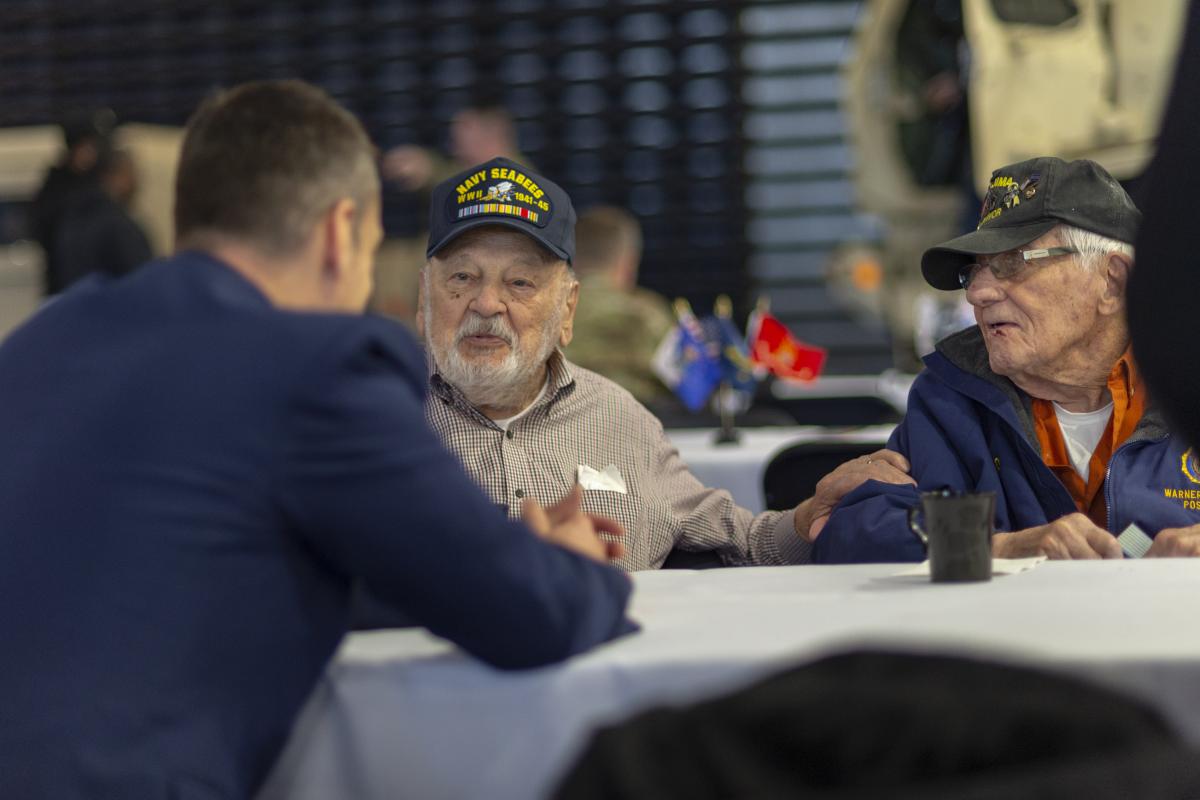 As Baxter shared that message, 93 year old Joseph Ciufo, a U.S. Navy Seabee, and his buddy, 94 year old Don Pero, who served in the U.S. Marine Corps and was wounded in the Battle of Iwo Jima in 1945, watched and nodded in agreement. 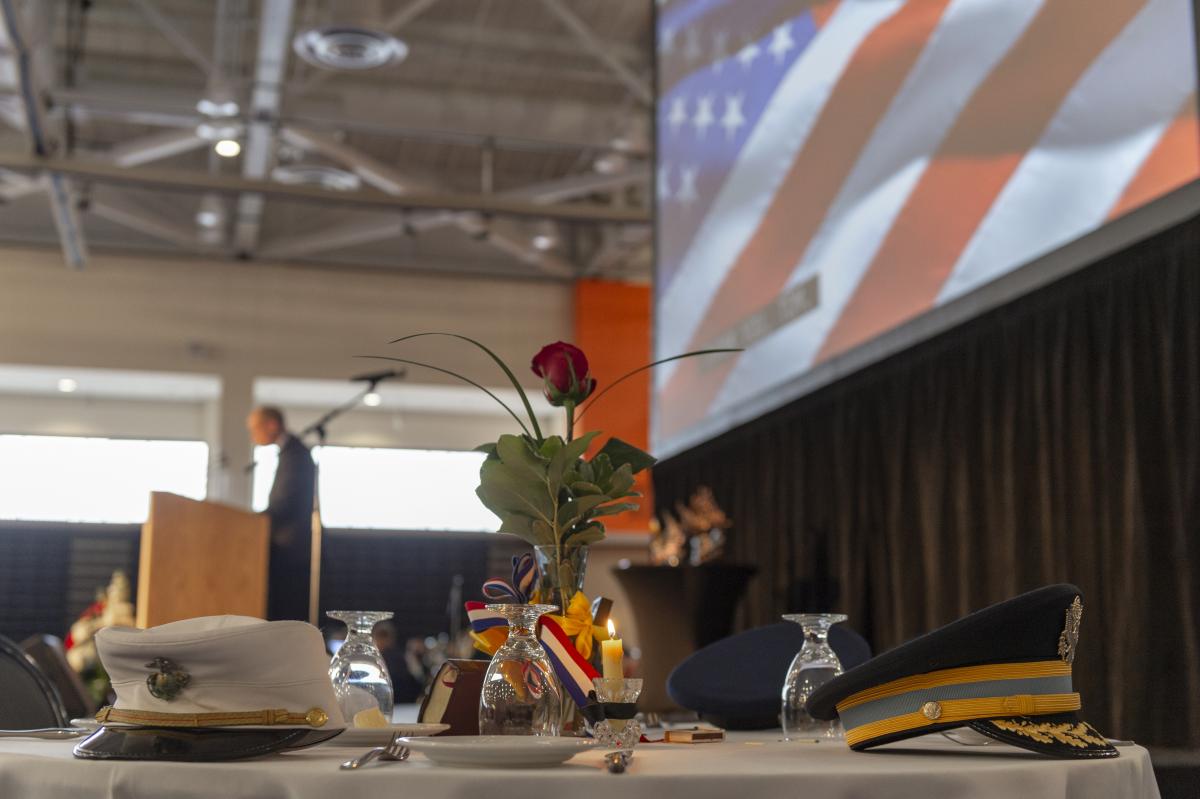 Near them was a poignant reminder. A small table with place settings- unoccupied- a POW/MIA remembrance of those service members who came home and those who did not.