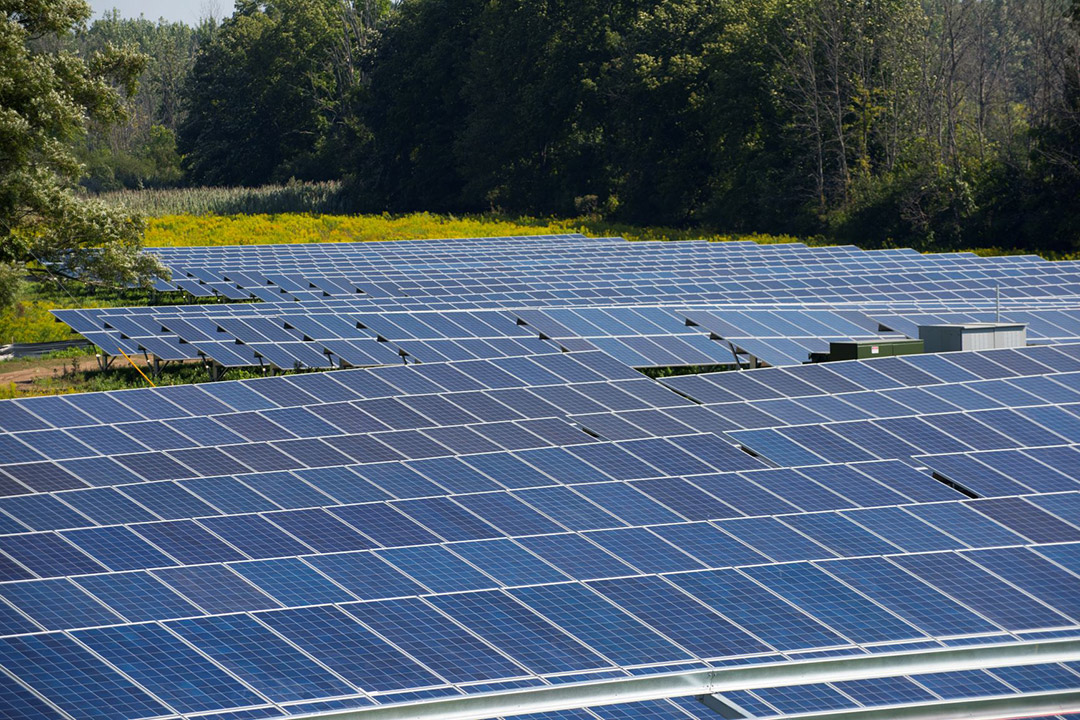 RIT’s utilization of nearly 71 million kilowatt-hours (kWh) of green power annually represents more than 92 percent of its total power needs, placing it No. 21 on the EPA’s Top 30 College & University List of the largest green power users among higher-education institutions in the agency’s Green Power Partnership (GPP).

Enid Cardinal, senior advisor to the president for Strategic Planning and Sustainability, attributed RIT’s decision—made by James Watters, senior vice president of Finance and Administration—to begin purchasing renewable energy credits (RECs) for all the electricity the university purchases for the main campus as a key factor behind RIT’s ranking.

The second array, installed by GreenSpark Solar, will also provide additional electrical resiliency to the campus by being able to provide emergency power during daylight hours in the event of a utility outage.

“We are proud to be recognized by the U.S. Environmental Protection Agency for our green power use,” Cardinal said. “We continue to make progress on our commitment to achieve carbon neutrality by 2030, and this is an important milestone on our journey.” 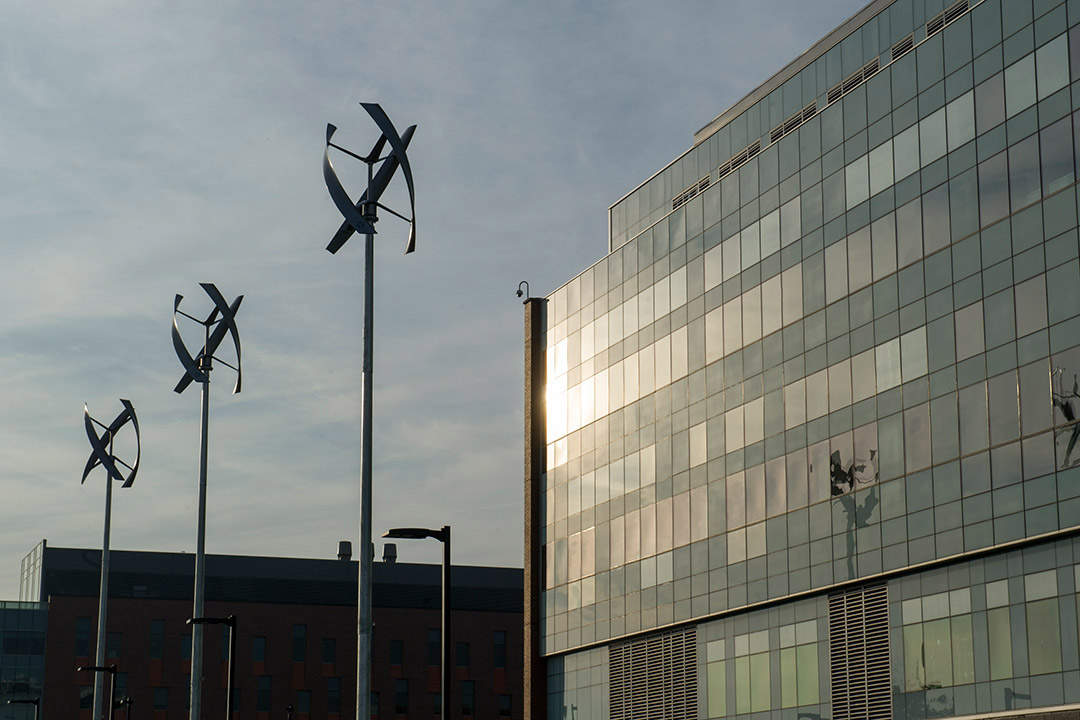 By moving the needle in the voluntary green power market, RIT and other Green Power Partners are helping to reduce the negative health impacts of air emissions, including those related to ozone, fine particles, acid rain and regional haze, according to the U.S. EPA.

“This list of the largest users of green power across the nation is proof that good business practices can also benefit the environment,” said James Critchfield, program manager of EPA's Green Power Partnership. “EPA applauds the leading organizations in the Green Power Partnership’s Top Partner Rankings for their notable commitment to expanding their use of green power and protecting the environment.”

The Green Power Partnership is a voluntary program that helps increase green power use among U.S. organizations to advance the American market for green power and development of those sources as a way to reduce air pollution and other environmental impacts associated with electricity use. The Partnership currently has more than 1,500 partners voluntarily using more than 67 billion kilowatt-hours of green power annually. Partners include a wide variety of leading organizations such as Fortune 500 companies; small and medium sized businesses; local, state, and federal governments; and colleges and universities.

RIT’s first-time ranking on the EPA list marks only the university’s latest recognition for its leadership in green energy use. In 2019, RIT was named one of the greenest universities by The Princeton Review for the ninth consecutive year. RIT moved up to No. 34 out of the 413 schools profiled in the latest Princeton Review list.