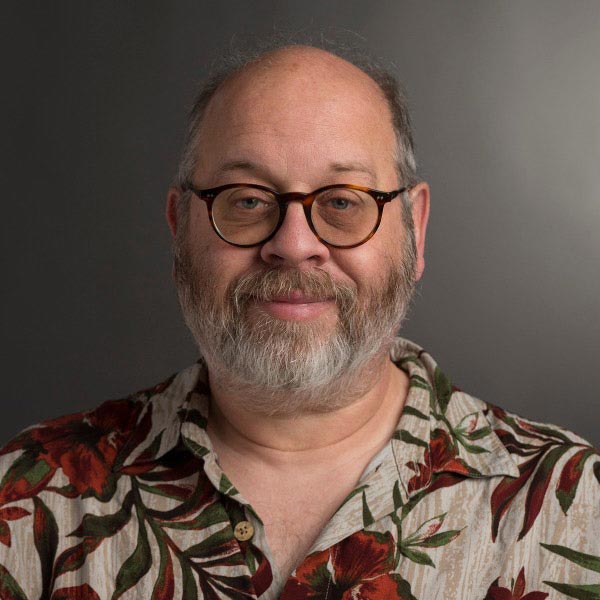 Stephen Jacobs is a professor with the School of Interactive Games and Media and an interdisciplinary scholar who works in several different areas that often overlap including courses in game design, interactive narrative, and Free and Open Source Software and Free Culture.

Jacobs led the effort to develop the RITx series of classes on Game Design offered by edX. Video Game Design History, the edX course he created with J.P. Dyson of The Strong National Museum of Play, was nominated for the X Prize, edX’s student-led “Best Course of the Year” award.

Professor Jacobs also holds the position of Visiting Scholar at The Strong National Museum of Play. In this capacity, he has served on the design team of their exhibits, including eGameRevolution, the first permanent exhibit on the history of video games in the United States. Most recently, he has acted as the producer for The Original Mobile Games, an app with playable games on the history of pre-digital pocket games from The Strong’s collections currently available on iOS and Android phones and tablets.