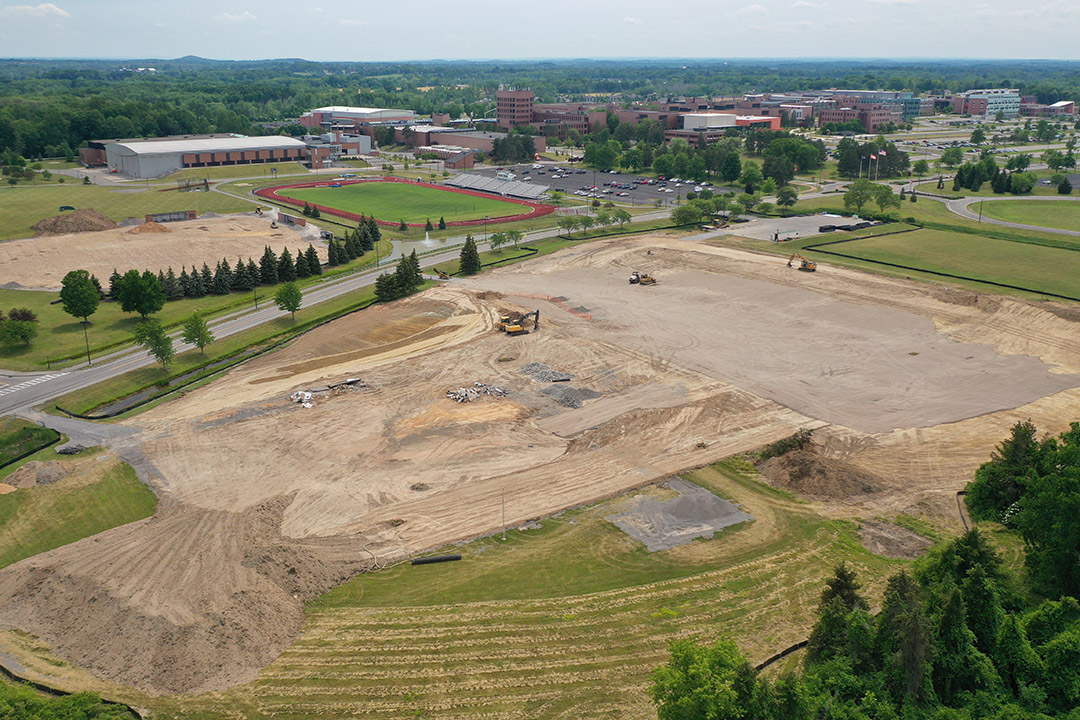 This is a view of the project looking south, including the new location on the right for the RIT track complex adjacent to the softball complex.

When visitors pass through the main entrance of RIT, one of their first impressions of the campus is the outdoor athletic fields.

It’s time for a facelift. A multi-phase plan to upgrade athletic facilities began this summer.

The first phase of the department’s multimillion dollar stadium project is the relocation of the outdoor track across the street from its current location in front of Gordon Field House with an upgraded synthetic running surface. The baseball and softball fields are also under construction with upgrades to all-weather artificial turf fields, which will be ready for play in spring 2022.

Future phases in 2022 include the instal­lation of a state-of-the-art artificial turf field as well as the construction of a full stadium complex featuring locker rooms, training facilities, and concessions, as well as a press box and premium suite accommodations. The new stadium will be home to men’s and women’s lacrosse as well as men’s and women’s soccer.

A grand concourse will also flow between the stadium and the Gordon Field House, which will benefit athletics but also other major events, including commencement ceremonies.

RIT has two Division I teams—men’s hockey and women’s hockey—and 22 Division III teams that compete in the Liberty League. In addition, thousands of students participate in club and intramural sports.

For more on RIT Athletics, go to the athletics website.