What is Student Government

What is Student Government?

Student Government’s mission is to represent to the interests of the student body through the implementation of innovative programs, services, and initiatives that enrich student lives.

We will be the primary source of advocacy for students from RIT and we will utilize our shared governance structure to voice student opinion and concern. RIT Student Government will be the forefront of change within the university. SG’s vision is to be the premier student government in the nation. 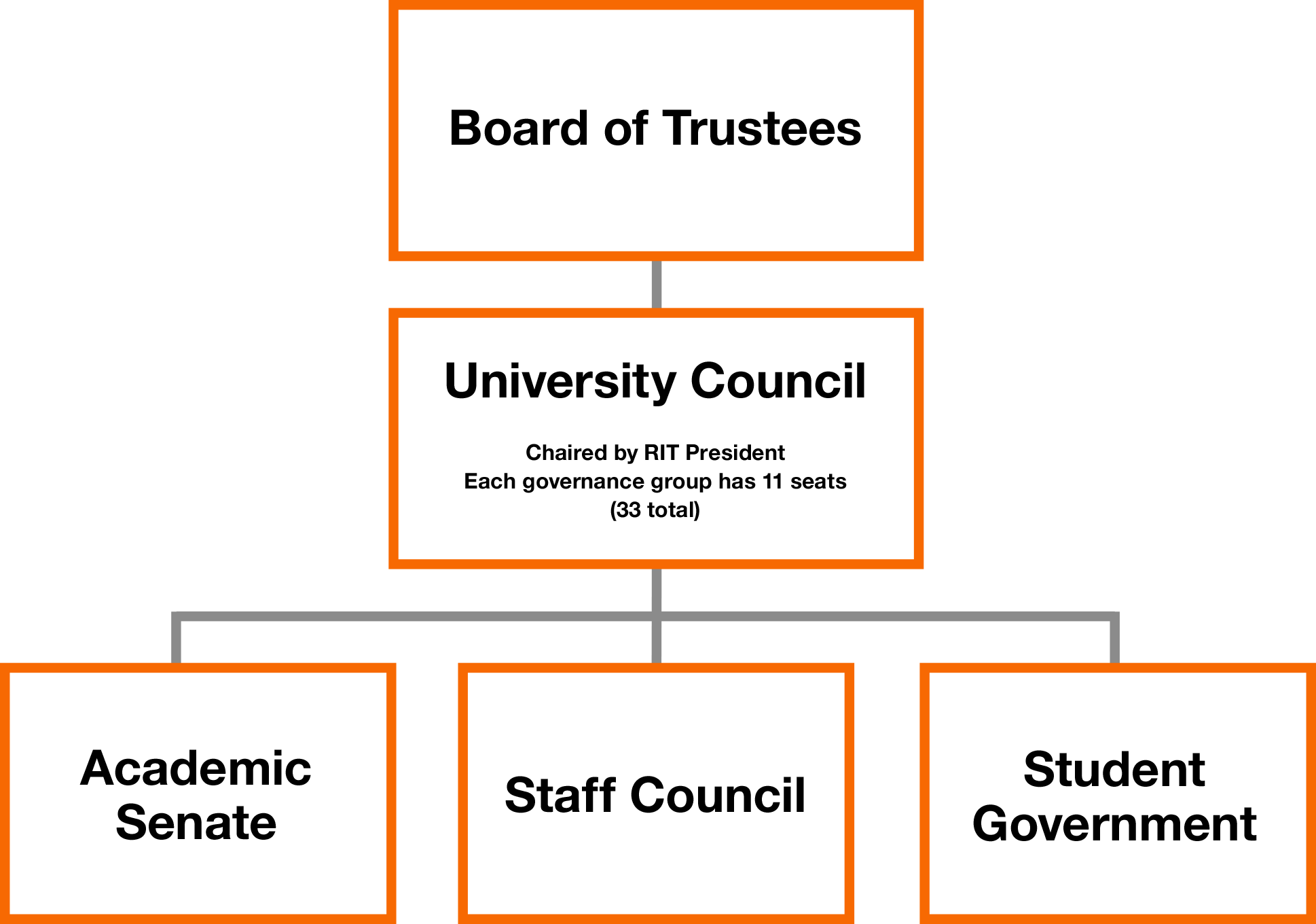 University Council directly advises the President, who makes all final decisions. The President is accountable to the Board of Trustees, which has final responsibility for the university.

Director of Operations
Assures the efficacy of SG as an organization and helps preserve information between administrations. This position is hired for a calendar, rather than academic, year.

Director of Student Relations
Ensures that the student body is well-represented and well-served by the actions of the executive.

Director of Marketing
Manages a staff of designers, photographers, and content managers who make sure students know what SG is doing.

The Vice President runs on the same ticket as the President. They chair Senate meetings and help oversee senators. Each academic college (as well as the School of Individualized Study) has one senator, and there are also community senators, including Greek Senator, Graduate Senator, Women’s Senator, Cross-Registered Senator, and First-Year Senator. The Student Government has two advisors who are appointed by Student Affairs.