CFO at dua.com recognized as rising professional in the field of finance 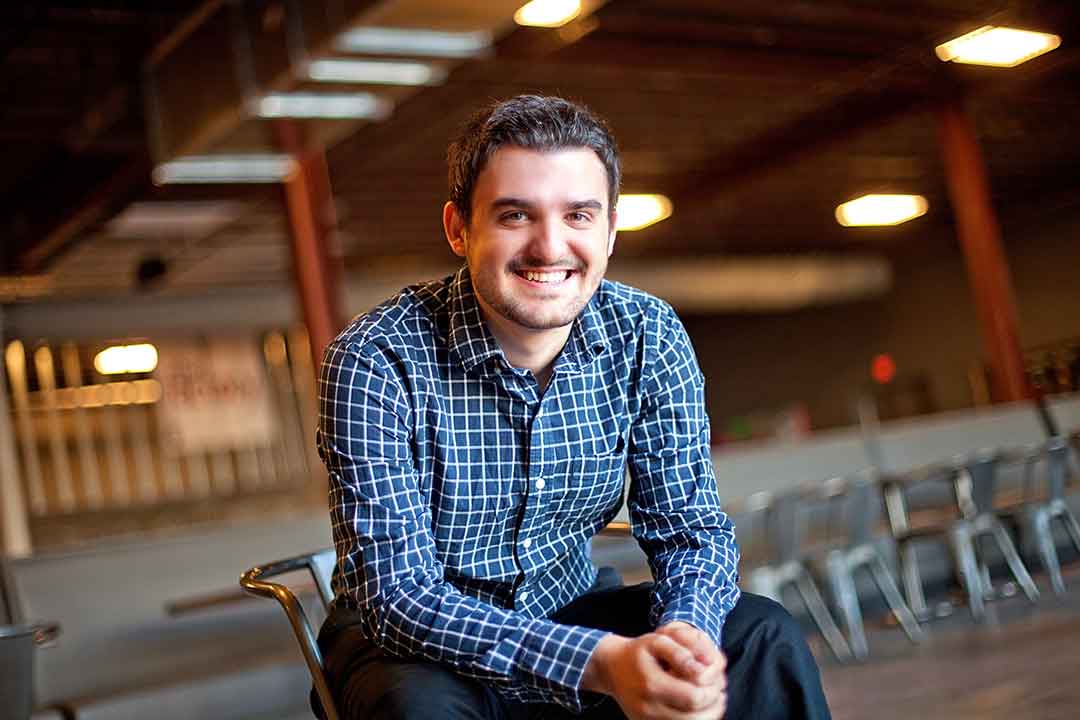 Erblin Ribari ’17 MBA (finance) has been named to the seventh annual Forbes 30 Under 30 Europe, which recognizes young entrepreneurs and leaders for how they are transforming business and society today.

Saunders College of Business at RIT alumnus Erblin Ribari ’17 MBA (finance) has been named to the seventh annual Forbes 30 Under 30 Europe, which recognizes young entrepreneurs and leaders for how they are transforming business and society today.

Ribari, the CFO at dua.com, an app headquartered in Zurich, Switzerland, that offers matchmaking and payment services enabling peer-to-peer transactions, was honored in the field of finance. The app has raised $4.75 million in funding and is valued at $32 million, with 130,000 active users. After Ribari received his MBA from Saunders, dua.com was incubated at Harvard Innovation Labs.

A self-described “financial strategic professional who is not afraid to push limits in order to change the lives of others,” Ribari, who resides in Cambridge, Mass., said he was “shocked, overwhelmed with emotions, and very excited” when he learned of the Forbes recognition.

“It was 2 a.m. in Boston when the results came out and I could not believe my eyes,” he said. “I immediately sought reassurance from my roommates and fortunately, I made it to the list!”

“I was highly honored to be featured by Forbes as one of the rising professionals in the field of finance,” Ribari added. “Getting to this point took a lot of hard work, failure, self-doubt, self-reflection, and perseverance. Indeed, this is an exciting checkpoint in my journey and a reaffirmation that my efforts so far have been headed in the right direction.”

Ribari’s interest in finance emerged during the financial crisis of 2007-08. “I started following Wall Street to understand the intricate workings of the financial world,” he recalled.

A few years later, he joined a U.S.-based investment firm, where he outperformed the S&P 500 following “dream mentor” Warren Buffett’s criteria on value investing. Later, he managed multi-million-dollar projects and contributed to the growth and success of a number of organizations, ranging from investments, technology, and governmental and intergovernmental sectors in the United States, Europe, and Asia. For his dedication in finance and social inclusion, Ribari was awarded first place at various business competitions in the United States, the Warren Buffett scholarship award in the U.K., and served as a U.N. Peace Ambassador in Asia, dedicating his efforts to social progress and equality worldwide.

“As per dua’s global strategy, we are currently scaling our solution to other countries in the region,” Ribari said.

The CFO credited dua.com “for setting me up for success and encouraging me to always go beyond my limits and alter the status quo.”

“Within a short period of time, I was able to witness bold and courageous leadership, a motivating culture, and an enormous progress towards our shared goals,” he said. “Without a doubt, dua became a family and a home to me that supported, championed, and encouraged me along the way on my journey to success.”

He also hearkens back to the important time he spent at Saunders College for going “beyond my expectations and more as it left no stone unturned when it comes to providing for its students.”

“I made friends with people from parts of the world that I had never even heard of before and connected with unique individuals that shaped my future perspective and outlook in life,” Ribari recalled. “The curriculum challenged me to step out of my comfort zone and follow the path of self-discovery and exploration. Be it professors, staff, or underclassmen, I learned that we all have something to offer, and RIT makes it possible through its unmatched diversity in programs and infrastructure.”

After taking advantage of “unlimited” resources like Bloomberg Terminal, the Simone Center for Innovation and Entrepreneurship, Career Services and Co-Op, job fairs, and numerous professional as well as cultural events, Ribari was accepted at four different internship programs across the nation.

“No matter what I say, it is not enough to cover what RIT means to me,” he said. “Opening its doors to talented individuals no matter their race, religion, gender, or ethnicity is no mean feat in a country so divided at the moment. By putting more emphasis on what makes us similar to each other rather than special, we are able to better understand our purpose and gain something beyond education—become a better human being.”

“My experience at Saunders College and RIT reinforced the idea that change is in my hands and that to be successful does not necessarily mean better grades. It means making unbreakable bonds with those who have touched our lives and to be cherished as someone who went beyond the odds with a smile on his face,” he concluded.