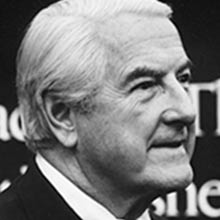 Bradbury Thompson (1911–1995) was one of the giants of 20th century graphic design, and was recognized for his achievements by every major American design organization: National Society of Art Directors (1950), AIGA Gold Medal (1975), Art Directors Hall of Fame (1977).

In 1983, he received the Frederic W. Goudy Award for Typographic Excellence from RIT.  A wonderful essay published by the Art Directors Club asks: “How did he become ‘architect of prizewinning books, consulting physician to magazines,” pre-eminent typographer, designer of stamps, multiple medalist? It all started in Topeka...”

He was born in 1911 in Topeka, where he attended Washburn College, graduating in 1934. After a brief period as a designer at Capper Publications, where he thoroughly learned every aspect of printing production, Thompson moved to New York in 1938. Over the next sixty-some years he unfurled an astonishing talent and embraced every graphic design opportunity he could. He worked as art director at the Rogers-Kellogg-Stillson printing firm and then at Mademoiselle magazine, consulted and designed for Westvaco Corporation, designed a new alphabet, and began a teaching career at Yale University, where he stayed for many years.

His career was marked by many triumphs, but three stand out prominently as exemplars of his versatility. As the designer of more than 60 issues (1939–62) of Westvaco Inspirations, a promotional magazine published by the Westvaco Paper Corporation, he reached many thousands of typographers, print buyers, and students. He had an uncanny ability to merge and blend modernist typographic organization with classic typefaces and historic illustrations, all seasoned with affectionate sentiment and impeccable taste. Working with modest resources, he saw himself as teacher and guide:

“The art of typography, like architecture, is concerned with beauty and utility in contemporary terms... the typographic designer must present the arts and sciences of past centuries as well as those of today... And although he works with the graphics of past centuries, he must create in the spirit of his own time, showing in his designs an essential understanding rather than a labored copying of past masters.” (From Westvaco Inspirations 206, 1956).

Another triumph came with the publication of The Washburn College Bible, the most monumental and innovative reassessment of bible typography since Gutenberg’s own edition appeared in 1455. Some ten years in the making, the WCB presented the text in cadenced phrases, such that its meaning for both reader and listener was conveyed through typography. Set in Jan Tschichold’s Renaissance-flavor typeface Sabon and featuring chapter openings with beautiful reproductions of paintings based on biblical stories, the WCB respects the long and inspiring history of this sacred Christian text even as it breaks new ground.

A third area of interest was contemporary postage stamp design. Though credited officially with more than 90 stamps of his own, he consulted with the U.S. Postal Service in guiding the design of many others. Many of his designs became iconic snapshots of American history and culture, including the famous “Learning never ends” stamp of 1980 with its colorful Josef Albers painting, and the irrepressibly jaunty “Love” stamp of 1984.

Bradbury Thompson was one of the most genuinely admired and influential graphic designers of the 20th century. RIT’s Thompson collection is a sample collection and was donated by Dodge Thompson in 2000. 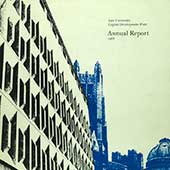 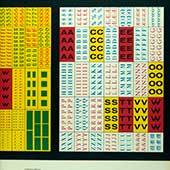 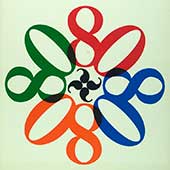 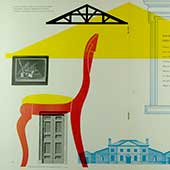 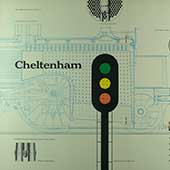 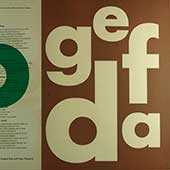 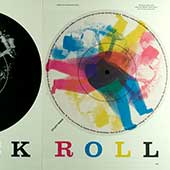 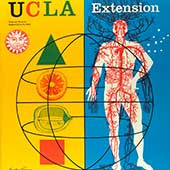