The Cary Technology Collection focuses on preserving the heritage of letterpress printing.

We preserve these objects through their active use in a variety of educational activities including classes and workshops. Scholars and artists-in-residence have joined college and elementary students alike in creating printed editions using this Cary equipment.

For inquiries and to schedule class and/or research visits, contact Amelia Hugill-Fontanel.

These types of presses are the some of oldest and newest in the Cary Collection. The iron handpresses were designed in the 19th century to improve upon the earliest models of printing presses that were made of wood. The use of iron allowed the presses to have larger beds (or printing areas). These presses were used to print book pages, newspapers, posters, and art reproductions. Pulling a lever activates the printing action. 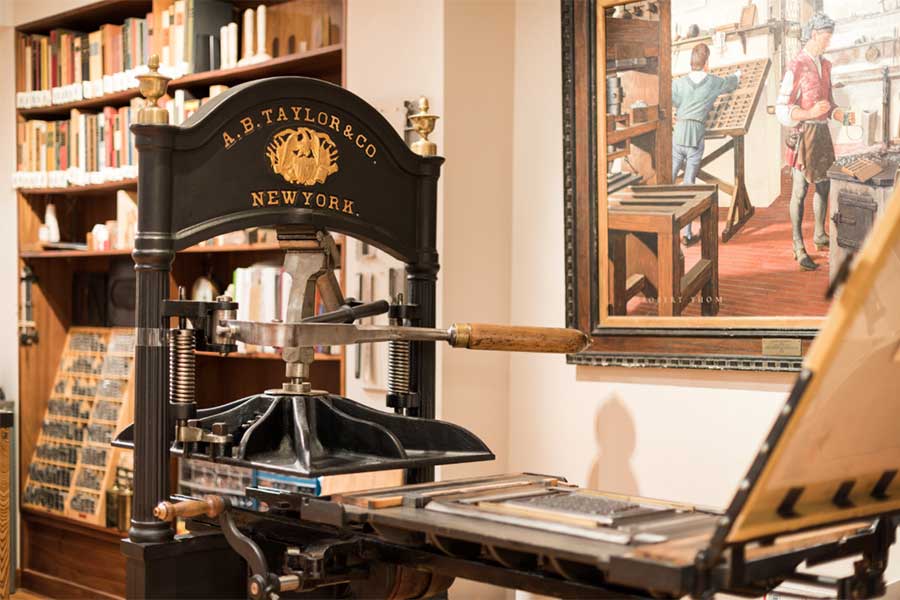 Platen presses were an improvement upon iron flatbed handpresses because the inking became semi-automated with the addition of soft form rollers. Inking and the paper feed were eventually mechanized with steam or electric power, allowing faster print speeds. Jobbers, as they were also called, were commonly used to produce leaflets, calling cards, and small booklets. Tabletop models became popular for hobbyists. Rotating a flywheel or pulling a lever engages the printing action. 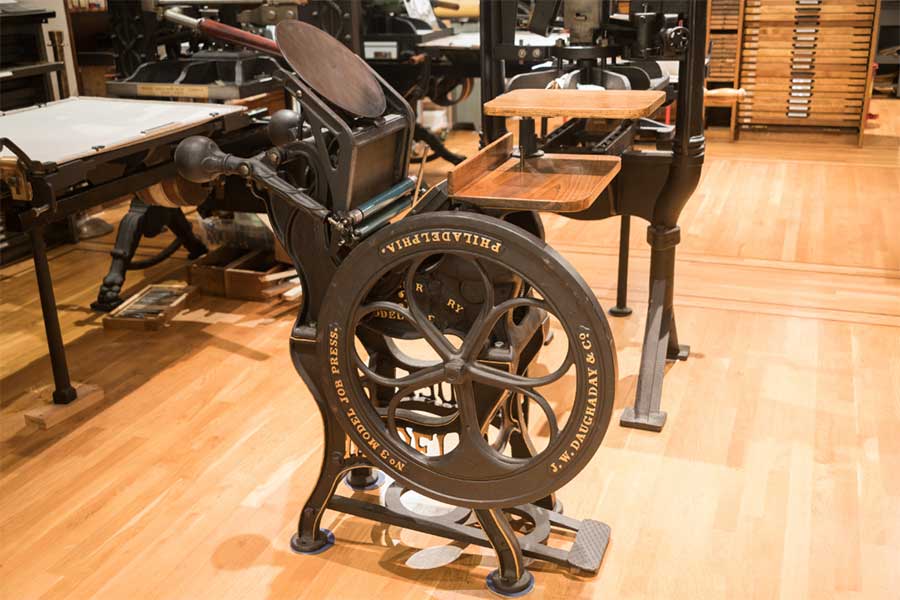 Cylinder presses were originally developed simply for proofing letterpress plates and composed forms before the final print run on a larger press. The cylinder presses in the Cary were not designed to be production presses, but now students, artists, and printmakers employ them because of their versatility and ease of use. The printing action happens when a cylinder carries paper and the printing impression across the flat inked bed of type. 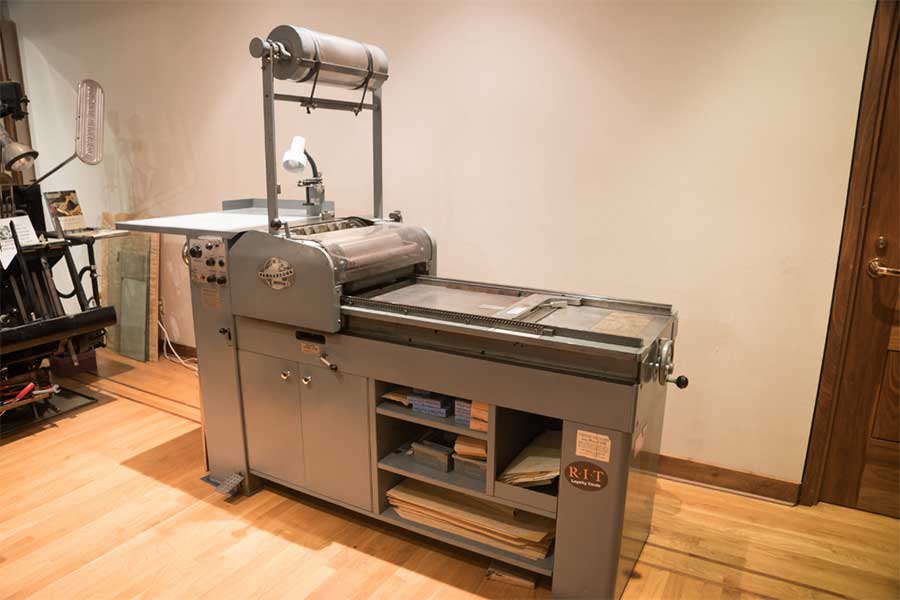