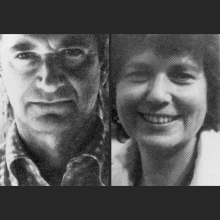 Helen Federico (Lesser) (1921–2012), had a long career as a graphic designer, painter and illustrator. She was a talented and directed young artist who studied at Parsons School of Design. She worked for the Abbott Kimball Advertising Co., where she met her future husband, art director Gene Federico (1918–1999). They were married June 26, 1942.

Helen worked at I. Miller shoes, assisting Alexey Brodovich, known for introducing modern graphic design to the US. Helen was Associate Art Director under Paul Rand at William H. Weintraub Co. She moved to Pound Ridge in 1951, where Helen worked as an independent illustrator, painter, and graphic designer. Her clients included MOMA, IBM, Doubleday, Glamour, Fortune. Specializing in gouache and acryllics, she created scores of beautiful paintings. She wrote and illustrated children’s books and illustrated cookbooks.

Gene Federico was born  in Greenwich Village, New York City. He moved to Coney Island to attend Abraham Lincoln High School, where Gene joined the “Art Squad” lead by Leon Friend. There he was exposed to European advertising and cubism, which he started to utilize in his designs. After graduating, Gene attended the Pratt Institute and took weeknight classes at the Art Student League under Howard Trafton. In 1941, he took a job at Bamberger’s Department Store in Newark, New Jersey until he was drafted during World War II. Gene was stationed in the United States, North Africa, and Europe between April 1941 and November 1945. Even during deployment, he continued to make art. He designed manuals for the army, hosted an enlisted man’s art show, and painted murals for officer’s clubs while in the camouflage unit.

After serving in the military Gene worked for the art director Abbott Kimball, where he met his future wife Helen Lesser. During this time, Gene exhibited his pre- and post-war work in a show titled “The Four Veterans” at the A-D Gallery. As a result of the exhibition, Will Burtin became impressed with Gene and gave him a job as an art associate at Fortune magazine. He soon transitioned to Architectural Forum, which ultimately lead him to freelance work. After a year and a half of freelance, Gene took a job at Grey Advertising at the recommendation of Paul Rand. After three years, Grey’s founders created a new firm, Doyle Dane Bernbach (DDB), and took Federico with them. At DDB, Federico worked on the Woman’s Day account and concentrated on another important side project on typography: the Love of Apples booklet. His Woman’s Day ad for 1953 is one of his best known works: an ad featuring a woman riding a bicycle-shaped calligram of the words “go out.”

He transitioned to Douglas D. Simon and later on to Benton and Bowles, where he spent seven and a half years. Here he produced the iconic “knotted pencil” for IBM’s new “Stretch” computer. Federico met Dick Lord, who invited Gene to become the art supervisor at Warwick & Legler. Lord and Federico decided to partner up as Lord Federico in 1967. Norman Geller and Arthur Einstein joined to form Lord, Geller, Federico, Einstein, Inc. During his time at LGFE, Inc., Federico said his favorite assignment was the contract with Napier Jewelry, which kept the same format and design for 18 years. At this time, he also worked for The New Yorker. He left the agency in 1991 to become a design and advertising consultant.

Helen Federico, the wife of Gene Federico, was also a successful designer and illustrator. Helen Lesser was born on September 15, 1921. She went to college at Parsons School of Design. After school, Helen worked for Abbott Kimball, where she met Gene who was the art director at the time. They married on June 26, 1942 and had two daughters, Gina and Lisa.

Helen also worked with Alexey Brodovich at I. Miller Shoes and as Paul Rand’s assistant art director at William H. Weintraub Company. After working in the corporate sphere, Helen became an independent illustrator, painter, and designer known for her work in gouache and acrylic. She worked with clients such as MoMA, IBM, Glamour, Fortune, Doubleday, and Betty Crocker. Helen is also known as an author and illustrator of children’s books and cookbooks. These include Menus dans la rue, A Day in the Life of a Very Tiny Toad, Seasons, The Cat that Climbed up the Matterhorn, Trees, The Golden Happy Book of Counting (1969 & 1975), The Golden Happy Book of Numbers (1963), The Sunshine Book, The Golden Happy Book of ABC (1963 & 1973) and Solskinbogen (1964). Some of her books, such as her Pasta book, reflect her time traveling in Switzerland, Italy, and France. The books and magazines Helen designed include Woman’s Day, Betty Crocker (1960s), The New Yorker, Let's Eat Out, The Lamp magazine, Charm, and Fortune magazine. Other designs included packing design and other design for Cresca, Kaufmann’s, Lindt, Pascal, Pratt’s frozen foods, and Arista Records. 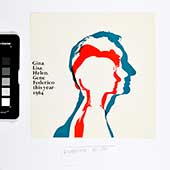 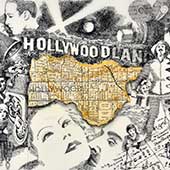 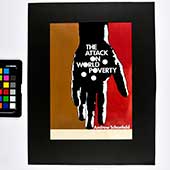 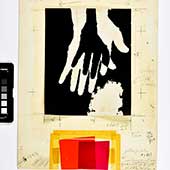 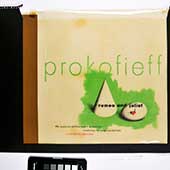 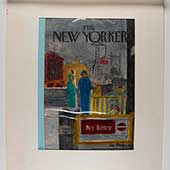 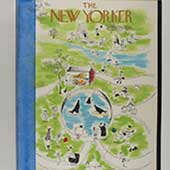 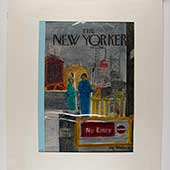