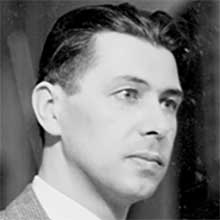 Herbert Bayer (1900-1985) is one of the individuals most closely identified with the famous Bauhaus program in Weimar, Germany. Together with Walter Gropius, László Moholy-Nagy, and Wassily Kandinsky, Bayer helped shape a philosophy of functional design that extended across disciplines ranging from architecture to typography and graphic design. Endowed with enormous talent and energy, Bayer went on to produce an impressive body of work, including freelance graphics commissions, Modernist exhibition design, corporate identity programs, and architecture and environmental design.

He was born in Haag, Austria, and apprenticed in a local architectural design and graphic arts studio. By 1920 he was in Germany and a year later enrolled in a recently established, state-funded school of design called the Bauhaus. Then located in Weimar, the Bauhaus came to represent an almost utopian ideal that “modern art and architecture must be responsive to the needs and influence of the modern industrial world and that good designs must pass the test of both aesthetic standards and sound engineering.”

Though Bayer came to the Bauhaus as a student, he stayed on to become one of its most prominent faculty members. His design for a new sans-serif type called Universal helped to define the Bauhaus aesthetic.

He left in 1928 and moved to Berlin where he opened a graphic design firm whose clients included the trend-setting magazine Vogue. During this period, he also created or art-directed a number of memorable exhibitions. As with other designers of his generation, Bayer became alarmed over the increasingly repressive political situation in Germany and finally left in 1938 for New York. Within a short period of time, he was well-established as a designer, and among other achievements, had organized a comprehensive exhibition at MoMA on the early Bauhaus years. He also formed important connections with the publishers of Life and Fortune magazines, General Electric, and Container Corporation of America. CCA’s chief executive, Walter Paepcke, became an important patron of Bayer’s in the years to come, beginning with an invitation to move to Aspen, Colorado, to become a design consultant for the company. Bayer also supervised the architectural design of the new Aspen Institute, and then many of its program graphics. Bayer remained in Aspen until 1974, when he moved to California. There he worked on various environmental projects until his death in 1985. 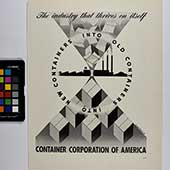 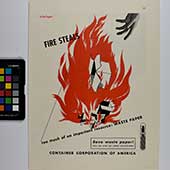 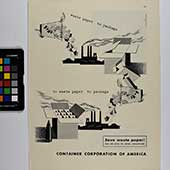 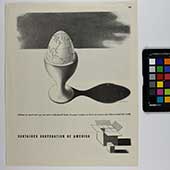 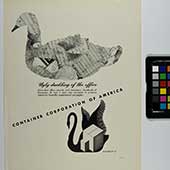 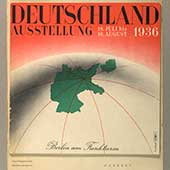 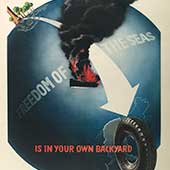 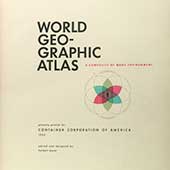