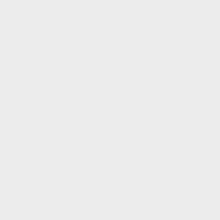 Joyce Knoedler Morrow’s distinguished career allowed her to develop close associations with the leading graphic designers of the period 1940–70. She was born in New Jersey in 1917. and was educated at Wellesley College and Columbia University.

Beginning with a job at the printing office at Columbia in 1938, Morrow followed a path of progressively more responsible positions at H. Wolff Book Manufacturing Co., Life Magazine, Henry Holt & Co., and Lewis & Gilman, Inc. In 1953, Morrow was appointed executive director of the American Institute of Graphic Arts in New York, a post which she held for seventeen years, then remaining on as an AIGA board member from 1971–73. After leaving AIGA in 1970, Morrow served as vice president of the Toronto typographers Cooper & Beatty Ltd., until she left in 1971 to become a free lance editor, researcher, and copy writer.

Morrow was married to Richard Stevens Morrow from 1944 until his death in 1950. For over twenty years she raised and bred horses in Pennsylvania, and was equally as at home and active in equestrian circles as she was in graphic design. She died in 1997.

The Joyce Morrow collection consists of correspondence, photographs, ephemera and publications which she had received and collected during her career. Of special interest is a group of sketches, letters and poems by Mehemed Fehmy Agha (1896–1978), a close personal friend who was a vital force in the history of American graphic design.